As some of you may know, I’m a huge horror movie fan and as I compile my list of best movies of 2011 I realize that there are some great horror movies that simply won’t make it to the list so I decided to make a separate entry highlighting the best in horror from last year. Please note I have not seen The Skin I live In yet, but from what I’ve been hearing that may have been added had I seen it. View the list after the break This Norwegian found footage movie follows a documentary film crew as they attempt to chronicle the life of a man who hunts trolls (hence the title).  I loved the creature design and the film had a lot of humor in it as well.  I would liken it to District 9. Except with trolls. 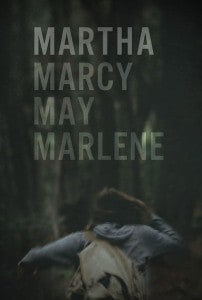 Although some may say this isn’t necessarily a horror movie, I consider jacked up cults pretty frightening.  Amazing performances all around and a very engaging story. 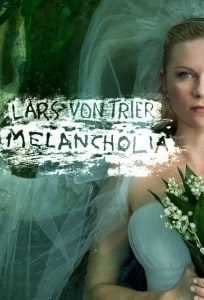 Lars Von Trier’s latest attempt at disturbing and wowing us succeeds yet again with the apocalyptic thriller Melancholia. Like the previous entry, one may argue this being a horror movie but I say again, the end of the world sounds pretty scary to me.

Although this is certainly much more tame than Anti-Christ (which still makes me cringe when I think about it), this film is beautifully shot and makes me not hate Kirsten Dundst (as much). 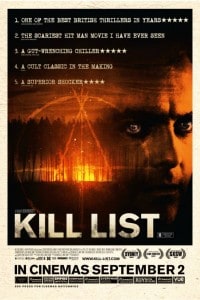 Violent, depressing, creepy, so many words to describe this fantastic thriller.  If after watching the first three quarters you’re thinking this isn’t a horror movie, just wait.  Crazy ending, crazy movie, I loved it. 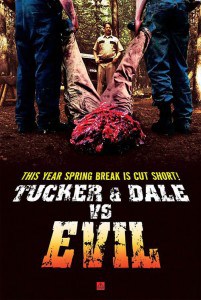 Every year there will be a crop of these horror-comedy movies that will most likely be complete garbage.  Once every few years however, a gem like Tucker & Dale vs. Evil will come out and stand way above the rest.  Not only is this a genuinely well-made movie with genuinely good acting, but it’s actually funny too! Ti West blew my mind last year with the fantastic House of the Devil and he hit pay dirt again this year with The Innkeepers.  I’m a huge fan of classic haunted house stories and this film pays homage to those movies  in the best way possible – by outdoing them. Like his previous venture, this film is a slow burn and that’s not a bad thing.  Go see it. 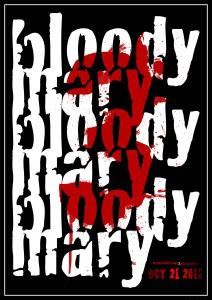 Myself along with many of my peers were skeptical going into this one.  The found footage movie felt like a gimmick that was on it’s way out and what are the odds a third movie in a horror series would be good? Well, defying all odds we’re given Paranormal Activity 3 which turned out to be one of the most frightening movies I’ve ever seen. 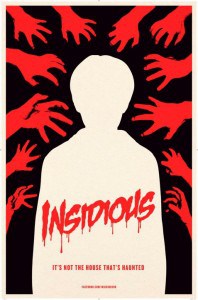 If Paranormal Activity 3 is ONE of the most frightening films I’ve seen, Insidious is THE most frightening film I’ve every seen. A non-stop terror-filled ride that never lets you catch your breath. Not only is this one of the best horror films of the year, I would say that this will stand the test of time as a classic for the genre.  If you suffer from any heart conditions or are pregnant stay away from this one. 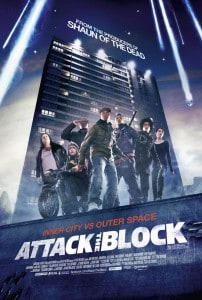 One of the best sci-fi/horror films of the year.  Extremely fun and very cool creature design.  If you haven’t seen this one yet check it out. Not just one of my favorite horror movies for the year, one of my favorites in general. 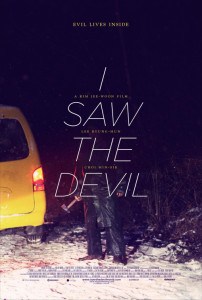 I know I’ve seen a good horror movie if it sits with me for days after I watch it and I Saw the Devil sat with me for about a month after I saw it. Korean horror has been impressing me for years now, but this film transcended the standard horror fare and lifted itself to a pedestal that only a few (like Oldboy) stand.

I Saw the Devil