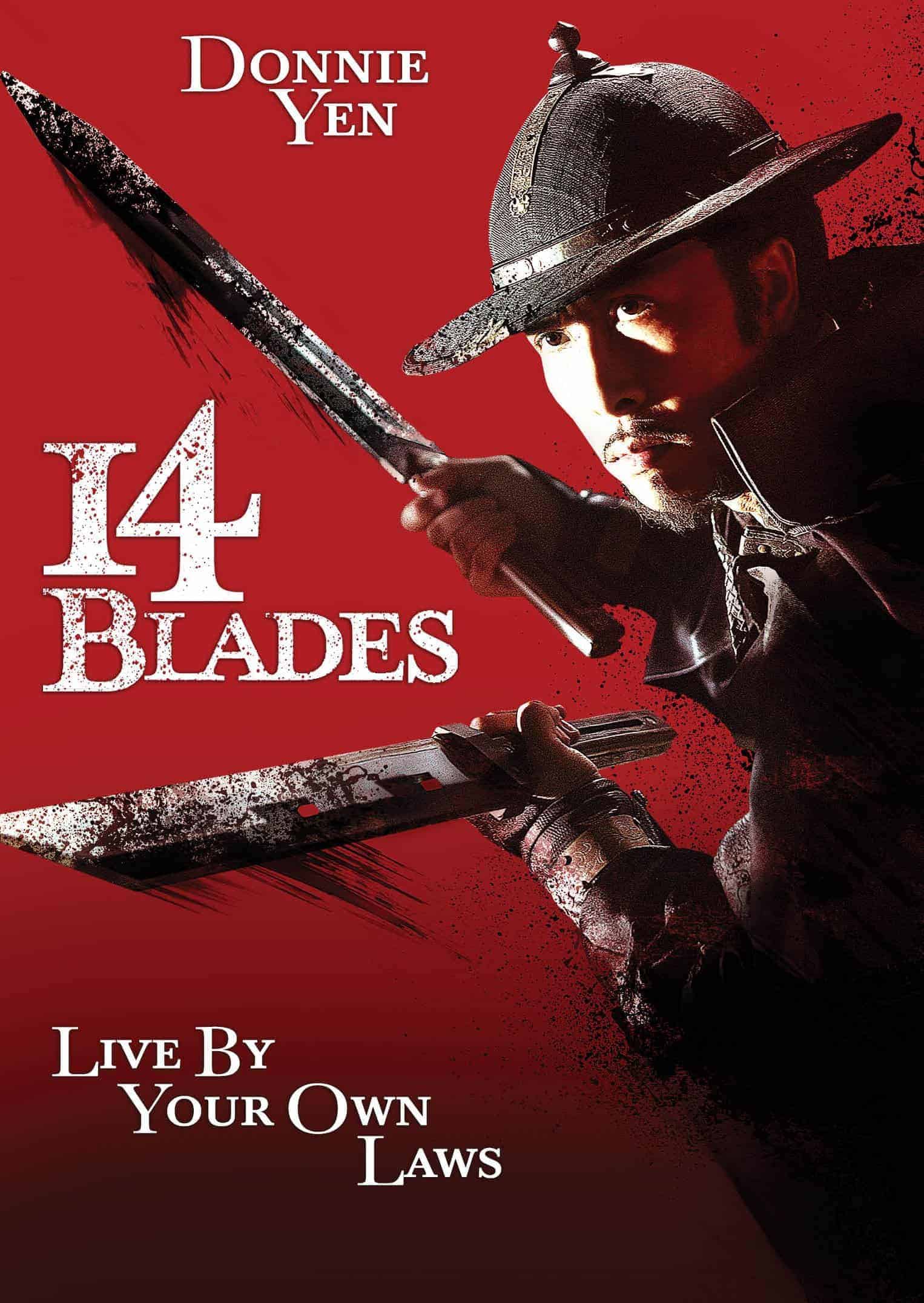 For fans of modern Chinese Wuxia films, Daniel Lee’s 14 Blades will definitely scratch that itch, however those that aren’t into grandiose fight sequences and wirework may find the film somewhat of a cumbersome endeavor. The fight scenes are indeed a joy to watch, and Donnie Yen is fantastic as always, but the plot feels a bit dull and the Blu-ray is seriously lacking.

The film takes place during China’s Ming Dynasty, a time when emperors screwed each other over on a daily basis, constantly plotting coups and using powerful fighters to carry out their dirty work. Donnie Yen plays Qinlong, the most powerful of the fighters and the leader of the emperor’s secret service. After a mission gone awry, Qinlong is betrayed and becomes a wanted man.

The action in 14 Blades is everything you would come to expect from a Donnie Yen film; that is to say, it’s excellent. While it may not have the same crazy hand-to-hand combat as Flash Point, the blade work is still satisfying and impeccably choreographed.  The title of the film comes from the badass box o’ blades Qinlong carries around with him containing 14 blades – one for just about any occasion that might arise. Needless to say, there’s a lot of cutting and stabbing happening.

While the narrative structure, plot, visuals,and action sequences stick very closely to the Crouching Tiger School of Contemporary Wuxia, 14 Blades tries for a darker approach, spilling more blood than your typical “wire-fu” flick. This made the action feel more brutal without detracting from the over-stylized, almost cartoonish feel of the movie.

Unfortunately, despite the solid fight scenes, there’s not a lot to grasp onto with 14 Blades, even with Donnie Yen and Wei Zhao delivering fine performances. The film is also marred by a generic plot and some mediocre effects work as well.

Oh, and for the first 15 minutes of the film, I could have sworn that I saw this movie before, and I’m still not sure if this is something I haven’t already seen. This could be due to the fact that the film originally came out in 2010 and is just now making its way here to the States, due to the curious choices made by The Weinstein Company.

As for the quality of the Blu-ray, it’s a disappointment to say the least. There are no special features on the disc, and the video quality looks “just okay.” The sharpness is cranked up to 11, causing many of the scenes to look over processed and fake. I’d say 14 Blades is a passable martial arts film with some kick-ass action, but like the movie itself, the Blu-ray release leaves quite a bit to be desired. There’s just not enough here to make this worth anything more than a Netflix rental.