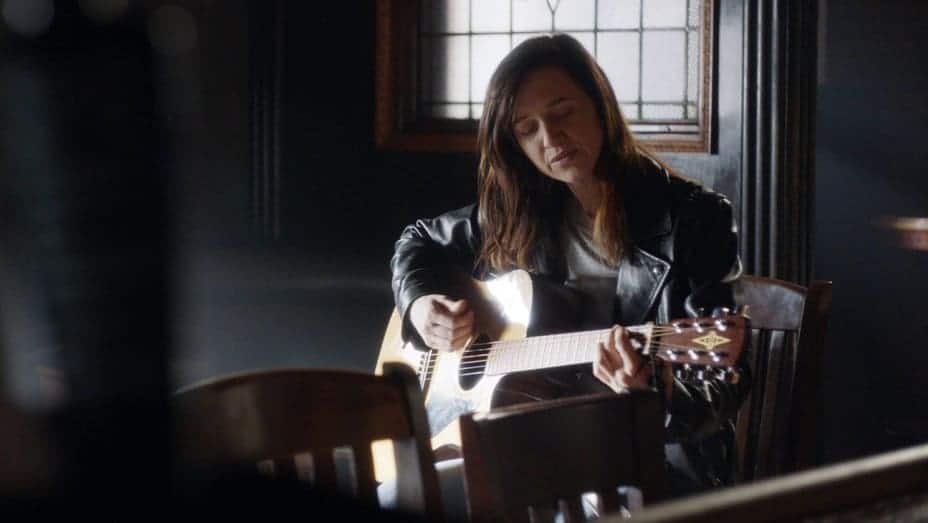 The 2017 Los Angeles Film Festival is wrapping up today and with that the winners of this year’s festival have been announced. Elizabeth Rohrbaugh and Daniel Powell‘s Becks won the U.S. Fiction Award, Diego Ros‘ The Night Guard won the World Fiction Award, and Karen Moncrieff‘s The Keeping Hours won the Audience Award for Fiction Feature Film.

Take a look below at all of this year’s winners and be sure to add these to you watch list. If you attended LAFF this year, leave a comment below and tell us what your favorites were.

Film Description: After a crushing breakup, an aimless singer-songwriter moves in with her ultra-Catholic mother and strikes up an unexpected friendship with the wife of an old nemesis. World Premiere

Winner: Everything Beautiful is Far Away, cinematography by Christian Sorensen Hansen and Pete Ohs
Directors: Pete Ohs and Andrea Sisson

Film Description: This arthouse science fiction fable is set on an isolated desert planet, where a man who is looking for parts to repair his robotic companion teams up with a young woman who is searching for an imaginary lake. World Premiere

Aputure is a company that believes creators should never have to compromise their vision because of a budget. Offering professional-grade equipment affordable to filmmakers everywhere, Aputure sells in over 100 countries offering filmmakers and photographers LED lights, monitors, microphones and lens adapters. In partnering with the LA Film Festival to present the Aputure Cinematography Award, they are awarding $4,000 in lighting equipment to the winning film’s director of photography.

Film Description: Inspired by true events, when a poverty-stricken young mother and her three-year-old son are evicted, she turns to the only person she knows with any money – the man who abused her as a child. World Premiere

Special Mention for Directing: Bruce Thierry Cheung of Don’t Come Back from the Moon

Film Description: The men of a small town on the edge of nowhere mysteriously disappear, one by one, leaving women and children behind to fend for themselves in a desolate and dreamlike world. World Premiere

Film Description: A security guard at a construction site learns about a crime that took place the night before and becomes entangled in a series of mysterious events that unravel over the course of a single night. North American Premiere

Special Mention for Excellence in Storytelling: On the Beach at Night Alone (Bamui Hae-Byun-Eoseo Honja), directed by Hong Sangsoo

Film Description: Younghee is an actress who is stressed by a relationship with a married man in Korea. On the beach she wonders: Is he missing me, like I miss him? North American Premiere

Film Description: The epic tale of a young Swazi girl on a dangerous quest to save her twin brothers is brought to life with captivating animation from the imaginations of five talented orphan children in Swaziland. World Premiere

LA Muse Fiction Award
Winner: And Then There Was Eve, directed by Savannah Bloch

Film Description: After the sudden disappearance of her husband, a woman enlists the help of his coworker to fill in the missing pieces. World Premiere

Film Description: On LA’s Skid Row, a criminal court judge organizes a running club comprised of homeless, recovering and paroled men and women who seek to rediscover their sense of self-worth and dignity. World Premiere

Special Mention for Acting: John Carroll Lynch of Anything

Film Description: After the death of his wife, a man moves from Mississippi to a run-down Hollywood apartment, where he meets someone new. World Premiere

Special Mention for Excellence in Storytelling: The Classic, directed by Billy McMillin

Film Description: Two predominantly Latino high schools square off annually in one of the oldest and most heated football rivalries in the country: the East LA Classic. It doesn’t get more American than this.World Premiere

Film Description: When a young couple take a getaway aimed at reviving their romance, they find themselves trapped in a tent with a venomous snake and a backlog of secrets, and realize that only one of them can make it out alive. World Premiere

Special Mention for Acting: Kate Nhung of The Housemaid

Film Description: After an orphaned Vietnamese girl is hired to be a housemaid at a haunted rubber plantation in 1953 French Indochina, she unexpectedly falls in love with the French landowner and awakens the vengeful ghost of his dead wife. North American Premiere

Winner: A Funeral for Lightning, directed by Emily Kai Bock. USA/Canada.
Film Description: Seven months pregnant and stuck in a sleepy corner of Tennessee, a young woman begins to question the promises made by her charismatic husband.

Film Description: Cleveland attempts to overcome its nickname, “The Mistake by the Lake,” by launching a bunch of balloons.

Film Description: Years after the death of their son and their subsequent estrangement, a couple reunites under supernatural circumstances. World Premiere.

This award is given to the fiction feature audiences liked most as voted by a tabulated rating system. Select fiction feature-length films screening in the following sections were eligible for the Audience Award for Best Fiction Feature: U.S. Fiction, World Fiction, LA Muse, Nightfall and Premieres.

Film Description: On LA’s Skid Row, a criminal court judge organizes a running club comprised of homeless, recovering and paroled men and women who seek to rediscover their sense of self-worth and dignity. World Premiere

This award is given to the short film audiences liked most as voted by a tabulated rating system. Short films screening in the Shorts Programs or before feature films in the Festival were eligible for the Audience Award for Short Film.

This award is given to the web-series audiences liked most as voted by a tabulated rating system.