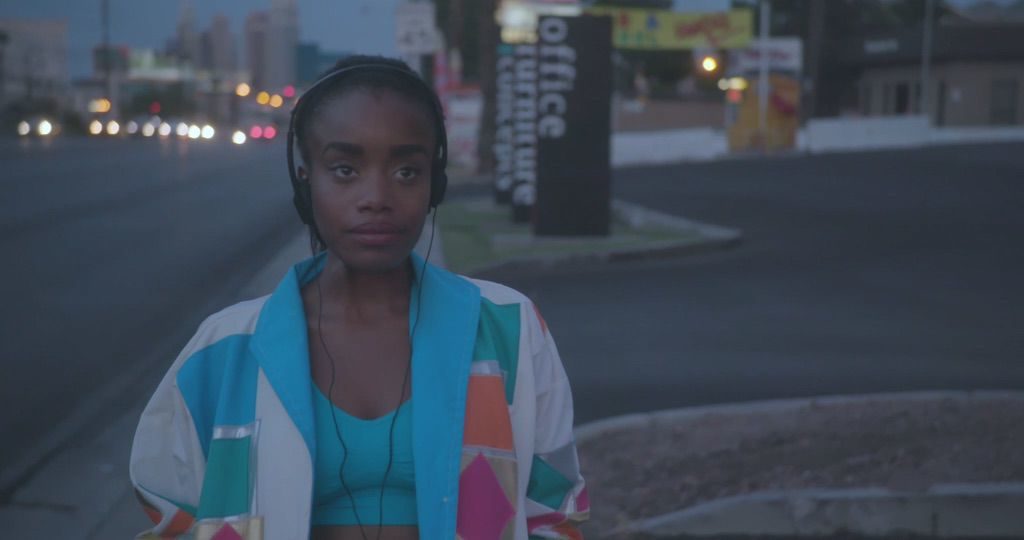 The 2019 Indie Memphis Film Festival is gearing up to kick off beginning October 30th and today the full lineup has been announced. Kasi Lemmons’ Harriet has been selected as the Opening Night film, with a few other highlights being Peter Strickland’s In Fabric, Numa Perrier’s Jezebel, and Céline Sciamma’s Portrait of a Lady on Fire.

The festival will run through November 4th. Take a look below for the full list of titles and click over to indiememphis.com for more information.

HARRIET (Dir. Kasi Lemmons)
Based on the thrilling and inspirational life of an iconic American freedom fighter, HARRIET tells the extraordinary tale of Harriet Tubman’s escape from slavery and transformation into one of America’s greatest heroes — freeing hundreds of slaves while changing the course of history.
2019, 125 min, Drama, English

Trust us, you won’t want to miss this!

FAITH (Dir. Eli Daughdrill) – World Premiere
A devout Evangelical Christian struggles with his faith and against the insistent pressures from his family and community after a sudden and unexpected tragedy. Filmmaker Eli Daughdrill in attendance.
2019, 84 min, Drama, English

LUCKY GRANDMA (Dir. Sasie Sealy)
Set in New York City’s Chinatown, an ornery, chain-smoking Chinese grandma goes all in at the casino, landing herself on the wrong side of luck – and in the middle of a gang war.
2019, 100 min, Comedy/Drama

DE LO MIO (Dir. Diana Peralta)
Three siblings reunite in the Dominican Republic and face their demons as they let go of their last connection to their motherland. Filmmaker Diana Peralta in attendance.
2019, 74 min, Comedy/Drama

NO ORDINARY LOVE (Dir. Chyna Robinson)
Lines between romantic ideals and control become blurred in this romantic thriller through the eyes of two women, abused in different ways by their “loving” husbands — but the escape they seek may be deadly. Filmmaker Chyna Robinson in attendance.
2019, 99 min, Romance/Thriller

BEST BEFORE DEATH (Dir. Paul Duane) – North American Premiere
A glimpse of artist Bill Drummond (at one time a musician in the KLF) over a two-year period during his ambitious 12-year world tour. He works in Lexington, North Carolina, and in Kolkata, India, building beds, baking cakes, making soup and shining shoes.
2019, 93 min, Documentary, English

VISION PORTRAITS (Dir. Rodney Evans)
Through illuminating portraits of three artists: a photographer, a dancer and a writer, the film looks at the ways each artist was affected by the loss of their vision and the ways in which their creative process has changed or adapted.
2019, 78 min, Documentary, English

FRANKIE (Dir. Ira Sachs)
Three generations grappling with a life-changing experience during one day of a vacation in Sintra, Portugal, a historic town known for its dense gardens and fairy-tale villas and palaces. Starring Isabelle Huppert in the title role, with Marisa Tomei, Greg Kinnear, and Brendan Gleeson. Filmmaker Ira Sachs in attendance.
2019, 98 min, Drama, English/French

I WAS AT HOME, BUT… (Dir. Angela Schanelec)
After a 13-year-old disappears for a week and suddenly reappears, his mother and teachers are confronted with existential questions that change their whole view of life.
2019, 75 min, Drama, German with English Subtitles

PORTRAIT OF A LADY ON FIRE (Dir. Céline Sciamma)
In 1770 the young daughter of a French countess develops a mutual attraction to the female artist commissioned to paint her wedding portrait.
2019, 119 min, Drama, English

SELAH AND THE SPADES (Dir. Tayarisha Poe)
In the closed world of an elite Pennsylvania boarding school, the student body is run by five underground factions. One of these groups is the Spades, which includes Selah (Lovie Simone), Maxxie (Jharrel Jerome), and possibly new student Paloma (Celeste O’Connor).
2019, 97 min, Drama, English

HORROR NOIRE (Dir. Xavier Burgin)
Delving into a century of genre films that by turns utilized, caricatured, exploited, sidelined, and finally embraced them, Horror Noire traces the untold history of Black Americans in Hollywood through their connection to the horror genre. With Jordan Peele (US), Keith David (THEY LIVE), Loretta Devine (WAITING TO EXHALE), Ken Foree (DAWN OF THE DEAD), Tony Todd (CANDYMAN), and more. Filmmaker Xavier Burgin in attendance.
2019, 83 min, Documentary, English

MEMPHIS ‘69 (Dir. Joe LaMattina)
A year after Martin Luther King, Jr. was assassinated, a group of blues legends came together to celebrate the 150 year anniversary of Memphis, TN. This concert documentary, shot over 3 days in June of 1969, celebrates an American art form that unites us all.
2019, 72 min, Documentary, English

VARDA BY AGNÈS (Dir. Agnès Varda)
An unpredictable documentary from a fascinating storyteller, Agnès Varda’s new feature documentary sheds light on her experience as a director, bringing a personal insight to what she calls “cine-writing.”
2019, 115 min, Documentary, French with English subtitles

DEPARTURES
Films That Depart from Expectations

EMPTY METAL (Dir. Adam Khalil, Bayley Sweitzer)
The lives of several people, each inhabiting extreme poles of American social and political consciousness, weave together as each attempts to achieve some kind of forward motion, sometimes in contradiction, and always under the eye of far more controlling powers.
2018, 85 min, Thriller, English

THE WORLD IS FULL OF SECRETS (Dir. Graham Swon)
During a sleepover one night, teenage girls share stories with each other about things that frightened them.
2018, 98 min, Drama/Horror, English

UN FILM DRAMATIQUE (Dir. Éric Baudelaire) – U.S. Premiere
For four years Éric Baudelaire regularly met with students from the film group at Dora Maar middle school in Saint-Denis. Time for them to grow together, time to find the form of a film in which they would be the true subjects: its characters, its authors and its promise.
2019, 114 min, Documentary, French with English Subtitles

Through stunning visuals and a score created by the founders of the genre, the film shows the technology, culture and landscape that shape the African-Caribbean fusion known as Bakosó.
2019, 49 min, Documentary, English with Spanish Subtitles

YOU GAVE ME A SONG: THE LIFE AND MUSIC OF ALICE GERRARD (Dir. Kenny Dalsheimer)
At 84, old-time music pioneer Alice Gerrard performs, teaches, and inspires the next generation while safeguarding memories from her groundbreaking past. Filmmaker Kenny Dalsheimer in attendance.
2019, 80 min, Documentary, English

COLD FEET (Dir. Brad Ellis, Allen C. Gardner) – World Premiere
At a rented house, Eddie and his best friends unite for his bachelor party, and a night of soul-searching and ball-busting ensues. The next day, though, a fight for sanity and survival begins when they discover that there’s a ghost inside the house and that there are snipers outside of it, none of whom want the guys to leave.
2019, 82 min, Horror/Comedy, English

HUMANITÊ, THE BELOVED COMMUNITY (Dir. Jim Hanon) – World Premiere
Jazz artist Kirk Whalum was 9 years old when Martin Luther King jr. was assassinated 14 blocks from his home in Memphis Tennessee. In a narrative spanning from his own childhood to the thriving global music scene, Kirk collaborates with other artists on a musical journey.
2019, 68 min, Documentary, English

IN THE ABSENCE (Dir. Jordan Danelz) – World Premiere
A documentary addressing the long term effects of disinvestment in core city neighborhoods and what Memphis is doing about it.
2019, 90 min, Documentary, English

BLACULA (Dir. William Crain)
During a visit to Transylvania, an African prince (William Marshall) is turned into a vampire by Count Dracula (Charles McCauley) and reawakens in 1970s Los Angeles, leaving a trail of bloodless victims in his wake.
1972, 92 min, Horror, English

MYSTERY TRAIN (Dir. Jim Jarmusch)
Taking place over the course of one evening, three stories collide in a tacky, low-rent Memphis motel dedicated to Elvis Presley, featuring foreign tourists, criminals on the run, and the spirit of the King himself. With Steve Buscemi, Cinqué Lee, Tom Noonan, Vondie Curtis-Hall, and Tom Waits, among others. Filmmaker Jim Jarmusch in attendance.
1989, 110 min, Comedy/Drama, English

THE DEAD DON’T DIE (Dir. Jim Jarmusch)
A star-studded horror comedy featuring an ensemble cast in a raucous, rueful and satirical glimpse at American habits and desires at the end of the world — a comically terrifying state of the nation addressed in a true cinematic original. With Bill Murray, Adam Driver, RZA, Tom Waits, Chloë Sevingny, and Steve Buscemi, among others. Filmmaker Jim Jarmusch in conversation with New Yorker film critic Richard Brody.
2019, 104 min, Comedy/Horror, English

DOWNTOWN 81 (Dir. Edo Bertoglio)
This legendary New York 1980s time capsule stars Jean-Michel Basquiat, with appearances by Debbie Harry, Glenn O’Brien, and Fab 5 Freddy. It was filmed in 1980 and 1981, yet made its debut at the Cannes Film Festival in 2000. Nearly forty years after its production and twenty since its first release, the film has been recently digitally restored.
1981/2000, 75 min, Drama, English

CHULAS FRONTERAS (Dir. Les Blank & Chris Strachwitz)
Celebrates the famed Mexican-American musicians of the borderlands, the migrant farming communities from which they come, the strong family bonds of Tejanos, and the social protest ethos inscribed in their music.
1978, 58 min, Documentary, Spanish/English

SARA DRIVER RETROSPECTIVE
All films with Sara Driver in attendance!

SLEEPWALK (Dir. Sara Driver)
A group of Chinese tales have a strange effect on the life of a New York City office worker, when he takes a job translating the old manuscript.
1986, 78 min, Drama/Fantasy, English

YOU ARE NOT I (Dir. Sara Driver)
Sara Driver’s directorial debut — a young woman escapes from a mental hospital during the chaos of a nearby car accident and is driven to her sister’s house in this haunting adaptation of a 1948 short story by Paul Bowles.
1981, 48 min, Drama, English

CAT PEOPLE (Dir. Jacques Tourneur)
Simone Simon stars as a Serbian émigré in Manhattan who believes that, because of an ancient curse, any physical intimacy with the man she loves (Kent Smith) will turn her into a feline predator.
1942, 73 min, Horror/Thriller, English

A college basketball coach (Nick Nolte) is forced to break the rules in order to get the players (Shaquille O’Neal, Penny Hardaway, Matt Nover) he needs to stay competitive.
1994, 108 min, Drama, English