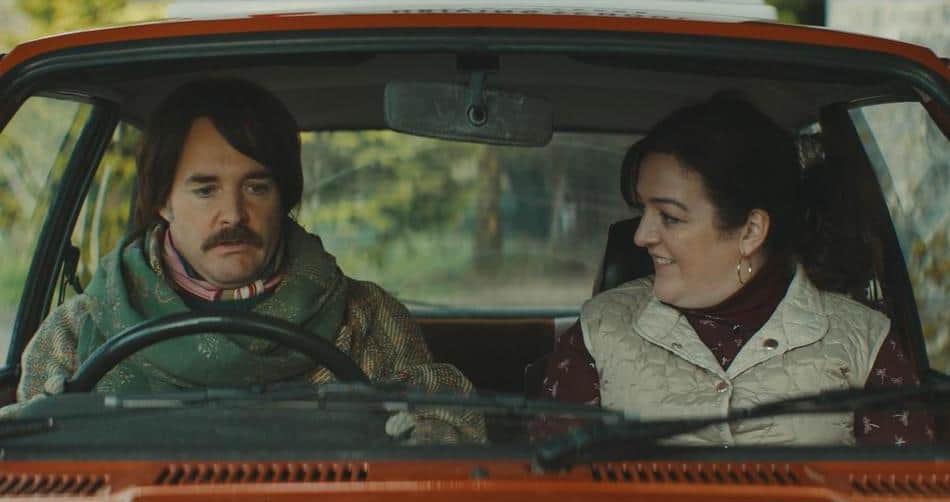 Take a look below for the full feature lineup and head over to the official site at northbendfilmfest.com for additional programs and information.

En route for a post-birthday cabin séjour with friends, Alba and her fiancé Pablo seem to have the perfect romance. But upon arriving at their weekend destination, Pablo confesses his intention to breakup with Alba–a bombshell revelation that changes everything. The next day, she wakes up to find herself back in the van driving to the cabin, living the same day again… A Twilight zone-esque take on “What would you do to change your life?”, Caballero’s visual narrative spin on the genre is a wild ride into the emotional depths of love and loss.

It doesn’t take much to turn a small town into a twilight zone. For the Midwestern community of Big River, all it takes is the disappearance of high school sophomore Carolyn Harper to trigger a widespread epidemic of emotional and psychological unraveling. But in the hands of writer-director Jennifer Reeder, communal crisis is wildly entertaining and wholly transfixing. An unclassifiable exercise in gloves-off visual style and disoriented ensemble storytelling, KNIVES AND SKIN is one of the year’s most attention-commanding feature debuts.

Following ROOM 237 and THE NIGHTMARE, inventive documentarian Rodney Ascher returns with an uncomfortably in-your-face missive that’s simultaneously revolting and illuminating. Totally comprised of old VHS footage, Ascher and co-director/editor David Lawrence’s THE EL DUCE TAPES takes a long, hard look at Eldon “El Duce” Hoke, the misogynistic and all-around abhorrent front-man of the controversial ’90s shock metal band The Mentors. What begins as a “dare you to look away” character study evolves into a timely societal indictment, further cementing Ascher as a singular provocateur in the documentary field.

Bliss
West Coast Premiere
Director Joe Begos in attendance
USA | 2019 | 80 min | Dir. Joe Begos
Dropped by her agent, visual artist Dezzy finds her coping mechanism for creative despair in a new uplifting drug on the market called Bliss. While her creativity seems to slowly enter back into her psyche, she soon begins to feel drug’s sinister side-effects. Presented as a lovechild between Gaspar Noé and Jim Jarmusch, BLISS is a visual acid-trip set against a bold score by Steve Moore.

Expecting a regular Summer internship, 20 students wake up on a bus and are stripped of their names and identities, leaving them only with a number and the new clothes on their backs. In this new home that seems to bend time and space, they begin to acquire new skills from a mysterious hotel manager. Following up on her award-winning debut feature TOWER: A BRIGHT DAY, Polish filmmaker Jagoda Szelc teamed up with a group of acting school students in creating MONUMENT. What they created is a ritualistic and unpredictable mood piece.

In need of quick cash, thanks to a desire to impress his high school crush with a new smartphone, 14-year-old Lalo embraces a risky black market hustle: the siphoning of gas for illegal resale. Which, before long, puts him in the increasingly narrowing sights of authorities and places his entire life in jeopardy. With the intimate and quietly explosive GASOLINE THIEVES, Mexican first-timer Edgar Nito pairs universally relatable coming-of-age anxieties with his home country’s underlying societal unease, crafting a thriller with immersive grit and raw emotion.

Communicating with ghosts has always been second nature to small-town Irish medium Rose. When her father passes away, she decides to hang up her supernatural gloves and enter into a life as a civilian. Feeling like she’s successfully eased back into the normal world, she can’t help but renew her profession when a special case comes across her desk surrounding a pact with the devil and a washed-up rock star. Starring Maeve Higgins and Will Forte, this is a unique comedy you won’t soon forget.

Eva is a real-life sex worker–feminist by definition, vagabond and internet star. In this documentary feature by German director Pia Hellenthal, viewers are invited to peer into Eva’s daily life in Berlin, through her eyes and in her own voice. Pushing past the walls of censorship and societal constructs, SEARCHING EVA is a boundary-pushing and moving exploration into harnessing sexual autonomy and empowerment in a 21st century world.

Homeless and all alone, Yazmine (a terrific Annapurna Sriram) calls the dark labyrinths of New York City subway system home. No one she encounters, however, knows this, due to how Yazmine wanders in and out of strangers’ lives, taking brief sojourns outside of her subterranean dwellings to remind herself of what life is like above ground. Through a documentary-minded, vignette-heavy structure, first-time director Andrew Wonder’s unconventionally poignant FERAL gives both voice and humanity to a forgotten community of outsiders.

Two young lovers turned convenience store robbers are on the run and forced to improvise their plan when their getaway vehicle runs out of gas. Their search for a new ride leads the bumbling pair into a nearby home and straight into the hands of another couple harboring much more sinister intentions. Maika Monroe and Bill Skarsgård cook with alchemy in this off-kilter thriller that breathes new joyous life into the home invasion genre.

After suffering a devastating loss, a couple ventures out on holiday looking to return to some semblance of a life. What should’ve been a time of healing spirals into a full-blown relentless nightmare as a gang of carny freaks terrorize them in a sick game of adapt or die. Marked by a wicked sense of humor, KOKO-DI KOKO-DA is a tonally fluid criss-cross between compassion and an exploration of grief by all the ways we choose to run and avoid it. 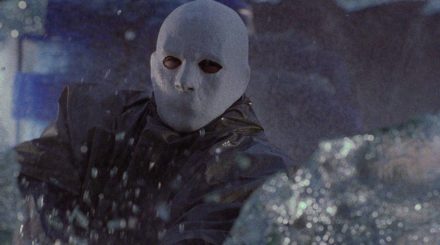 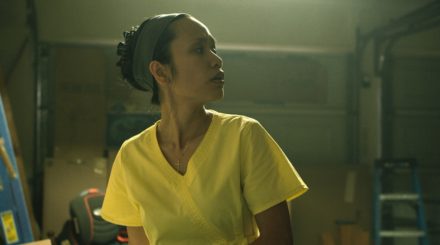