You may know Wingard and Barrett best as two of the driving forces behind the V/H/S films, and Wingard’s latest, You’re Next is set to hit theaters next month.  Swanberg also has a great film called Drinking Buddies coming out on VOD July 25th.

24 Exposures will be making its world debut at Fantasia Fest, which runs from July 18th-August 6th.  Hit the break for the synopsis and fantastic looking poster. 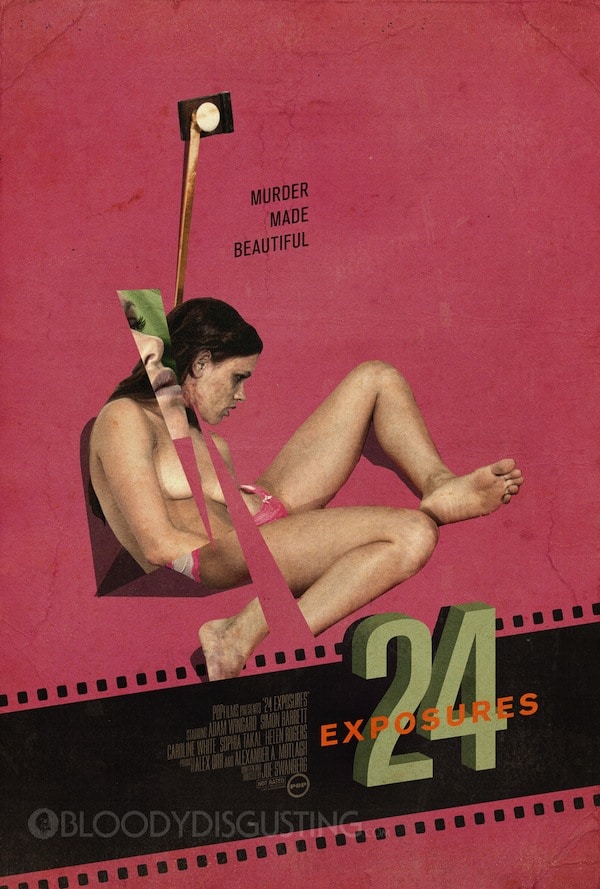 “Billy (Adam Wingard) is an erotic photographer whose images blur the line between fine art and pornography. Together with his girlfriend, Alex (Caroline White), he lives in a haze of drugs, sex and models. When a gorgeous model ends up dead, Billy draws the attention of Detective Michael Bamfeaux (Simon Barrett), an unstable cop dealing with some personal demons of his own. Meanwhile, Billy tries to lure Rebecca (Helen Rogers), a curious and innocent young woman, into his photography, while balancing a complicated relationship with Callie (Sophia Takal), his favorite model. As the murder investigation deepens, Detective Bamfeuax is drawn into Billy’s lurid world, which he may prefer to his own.”