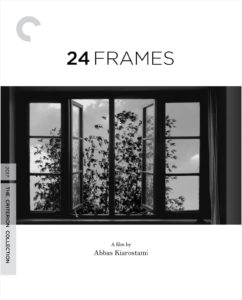 The temptation is to call 24 Frames an intrinsically abstract project – perhaps not even a movie by some arbitrary definition of the term – based on its short logline: 23 photographs taken by Abbas Kiarostami (the outlier is the first frame, based on a painting by Bruegel), most of which are nature shots of animals, set to motion through superimposed layers. But the filmmaker’s final work is a mesmerizing experience to behold, full of immediacy, life, and deep admiration for the art form.

It’s a distillation of the components and elements of cinema that, though Kiarostami did not intend for it to be his last movie, seem as perfect a farewell as one could imagine for an artist who explored the unclear boundaries between the objective world we live in and the subjective assemblages that we view it through. 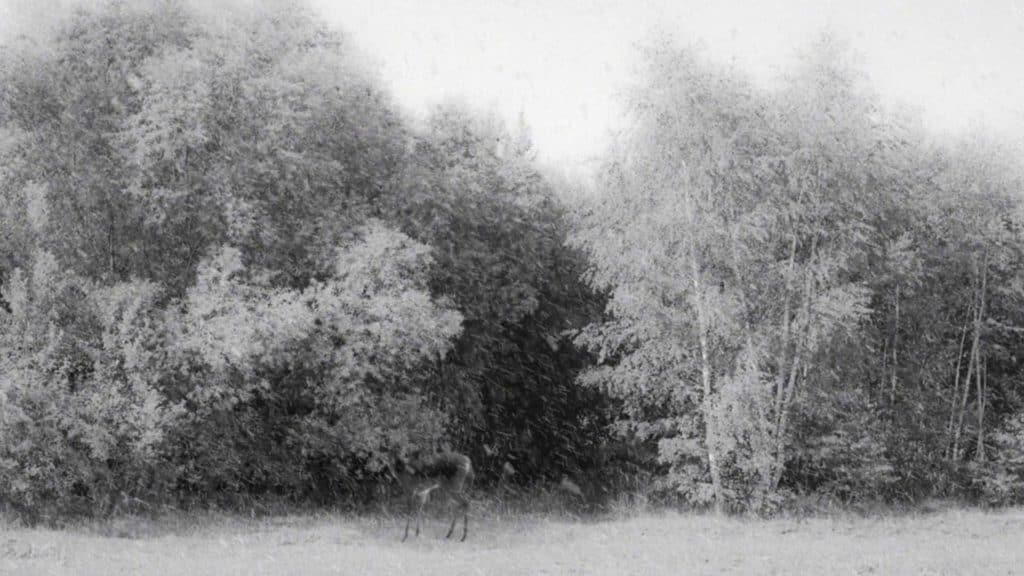 Each of the frames starts from a single still image, capturing a finite moment, and the actual moving images are not terribly involved. Trees blow in a storm raging outside a window, smoke rises from chimneys, and animals cross through snow-covered fields, to name a few. Yet Kiarostami works wonders from this setup, meticulously layering the background against his additions. Sound effects drift in and out, with occasional musical choices augmenting a scene and playing to completion (every frame is onscreen for well over four minutes).

The content of 24 Frames’ compositions vary significantly, but each impact with resonance and weight, caught between the vast nuances of their visuals and the mysteries that they leave just beyond their worlds. It’s such a fascinating accomplishment, and this Criterion edition does it justice, with expectably fine audio and video transfers, as well as a set of interviews and documentaries that chronicle the film’s production and contextualize it within Kiarostami’s storied career. 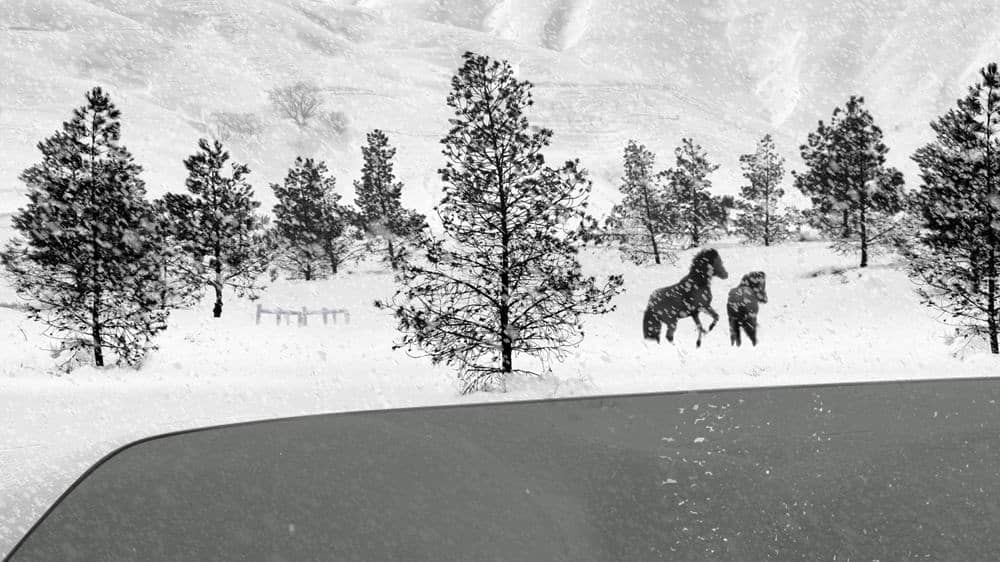 In one of the features, the director’s son, Ahmad, comments that while it may not be a good entry point for newcomers to his father’s filmography, it feels like an invaluable final gift to fans. Certainly, there’s a clear reverence for the auteur’s style and extensive knowledge of his work evident in this edition’s assembly – from the actual content of the disc itself, to the insightful essay in the enclosed booklet from critic Bilge Ebiri – allowing Kiarostami’s swan song to speak for itself. And it’s not a contradiction to suggest that a movie without spoken dialogue is doing so. For a filmmaker who has entranced global audiences for decades with his elusively accessible plots that give way to richly textured artistic journeys, it’s astonishing to see how much he can accomplish at even with the most elemental of foundations. Every frame is another type of communication, some more subtle than others, but evident nonetheless in every case.

In his essay, Ebiri notes that some critics have questioned if 24 Frames would be better suited as a museum installation than a feature film, but refutes such arguments by stating that each frame carries a unique “narrative shape” that render them canonical within Kiarostami’s body of work. And indeed, it’s hard to imagine many other filmmakers undertaking a project that so uncompromisingly merges multiple media into a synthesis necessarily dependent on the kind of consistent interpretive work that actually might be at home in a museum gallery.

There’s a requirement that each image must be followed by another until there are no more, that we draw comparisons in our mind, theorizing overriding themes that may be dashed by a surprising shift in the proceedings that force us to re-evaluate everything all over again. It’s all part of the near-unlimited possibilities proposed on the nature of perception and experience.

This Criterion edition is a wonderful presentation of Kiarostami’s last film, befitting of the individual technical merits of the project as well as the scope of its creator’s legacy. It’s the same unquantifiable fusion of isolated fascination and broader philosophy that is so abundantly fitting here.