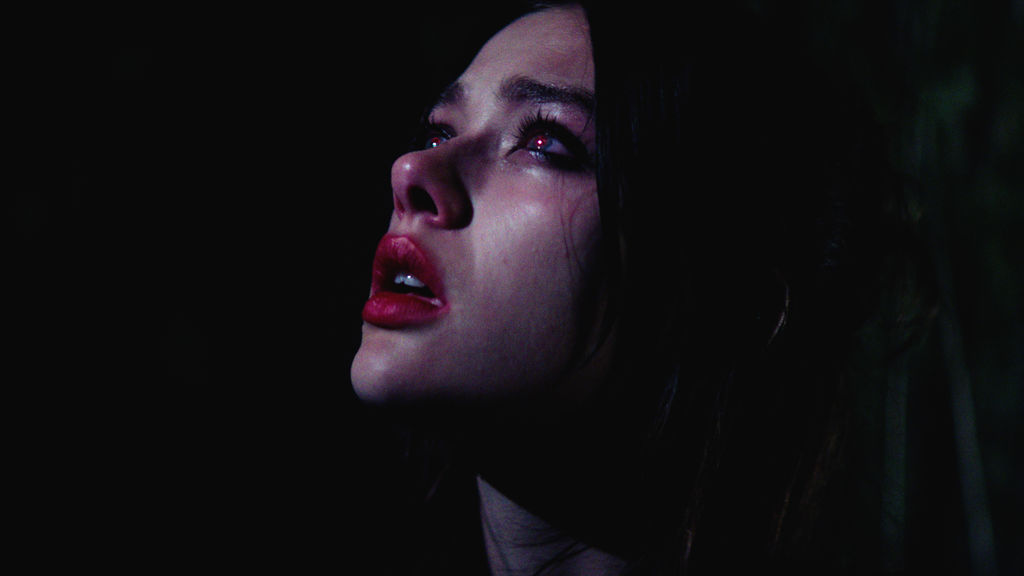 The horror genre has always wrung tension and thrived around the plausibility of the supernatural and stringing the audience along over whether what they think is happening is actually happening. As of late, this quality has been invoked by what was once naively (now disparagingly) referred to as the nascent subgenre of “elevated horror,” wherein a fundamental vagueness around the horror elements allowed some moviegoers to treat them as somehow above the usual genre fare. Nevertheless, at some point during one of these films, the deeply embedded narrative ambiguity usually pays off and the plot is revealed to have been provoked by the paranormal or some combination of mental aberration stemming from trauma (as was the style at the time).

Ruth Paxton’s directorial debut, A Banquet, sets itself up along a similar ambiguous partition between the culprit behind the eeriness of the script being the supernatural or an undiagnosed case of mental illness. The film is centered around the increasingly odd behavior of Betsey (Jessica Alexander) and the taxing toll it takes on her mother, Holly (Sienna Guillory), and sister, Isabelle (Ruby Stokes), after all conventional avenues to explain her actions fail.

Refusing all forms of food and not suffering from weight loss, going in and out of trance like states and frantically prophesying about an apocalyptic event triggered by a vague higher power for which her body has become a vessel, the film wisely keeps the reality of what is going on close to the vest to keep the audience in a heightened state of apprehension.

Per Justin Bull’s clever script, the plot offers plenty of plausible answers as to the source of Betsey’s starvation all while shutting the audience out of the granular detail of how it’s possible. Potential red herrings related to witnessing the suicide of her terminally ill father, the overbearing stress of selecting a university, a reported history of fabricating illness, a dropped line about heredity mental illness, etc., keep A Banquet from avoiding leaning to one side or the other and effectively keeping you in suspense, anticipating a payoff for its many narrative smokescreens. The shining quality of the script is essentially placing the audience in the position of Holly, the concerned parent who wants nothing more than to believe her daughter but cannot help but feel drained by the laborious demands of that belief. Paxton aims to invoke this same ambiguity through her direction but tends to lay it on thicker than necessary. Utilizing a visual language that is heavy on disorienting, extreme close-ups (especially of character faces and food in the process of being prepared); a dreary and stale color palette; and slow, methodical camera movements from cinematographer David Liddell, the visceral uneasiness she produces is effective, if a tad overbearing at times. A nightmare sequence, wherein a visual representation of the Futakuchi-onna yokai (the two-mouthed woman) from Japanese folklore is invoked, is a delightful special effect, to be sure, but feels misplaced when the film has been playing the supernatural elements with such reserve. Likewise, the sound design of the film is a certifiable achievement that tends to give the game of ambiguous digressions away. Often brought to the attention of the viewer whenever Betsey becomes locked into one of her strange trances, a muted cacophony of whispers and dull rumblings fill the soundtrack, and regardless of intent, it is very evocative of supernatural possession. While it complements the minimalist, droning score by composer CJ Mirra, much like Paxton’s direction, the effect ultimately goes too far in one direction to hold the same unease for too long.

Without venturing into the territory of spoilers, the ending cannot be said to capitalize or pay off this starch ambiguity in a particularly satisfying manner. It offers ample opportunities for Guillory and Alexander, who deserve praise for their layered lead performances, to play off the mounting tension between their characters into an emotionally taxing climax. When Bull’s script is tasked with finding an out for its prolonged narrative enigma, it just barely misses sticking the landing. While the set-up and exploration of the concept and its vagueness can effectively string the audience along, the culmination of that vagueness feels hastily labored. A Banquet shines when it can be narratively discreet and maintain the curiosity of the audience through its repurposed “is it supernatural or is it trauma/mental illness?” paradigm. While its cast proves able to carry that weight, the deliberate toying of the audience and their perceptions does not work out as well.