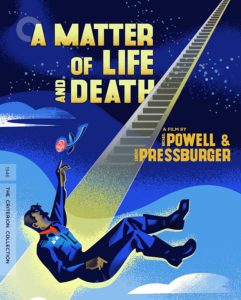 This product was provided to us for review by Criterion. All opinions are our own.

Earlier in the weekend that I watched the new Criterion edition of A Matter of Life and Death, I saw Wim Wenders’s masterful Wings of Desire. I came away with a solidified appreciation for the small handful of films that so perfectly balance black-and-white and color scenery. Nowhere else can color seem so immediately vivid, and monochrome so purely expressive. The Wenders film’s approach is clearly inspired by the Michael Powell and Emeric Pressburger’s (a.k.a. the Archers). They both make indelible use of the notion that the afterlife – or other otherworldly perspectives – are best expressed in black-and-white. It may seem counterintuitive, as many works of art have chosen to portray such settings as stacked with colors beyond comprehension. But consider the emotional depths we feel examining the haunting mechanisms of a picture captured in shades of gray. It adds the plausibility of a long-present and wide-ranging history, alongside the tantalizing concept that our common view of the world is pinned down by a physical literalism that overlooks greater possibilities.

Those kinds of images in A Matter of Life and Death – and the transitions between the two formats, still striking as ever – are given a liveliness in this Blu-ray that restores the finest details of Jack Cardiff’s cinematography. From the lush settings of greenery and open waters to the angular, impressionist visions of a bureaucratic afterlife, the Archers carry David Niven’s Peter through his quest to permanently return to life on Earth with deep passion and endless imagination. Believing that he will die as his bomber veers towards the ground, the fog over England has hilariously obscured his retrieval to the afterlife, and he takes this opportunity to have another shot at living. 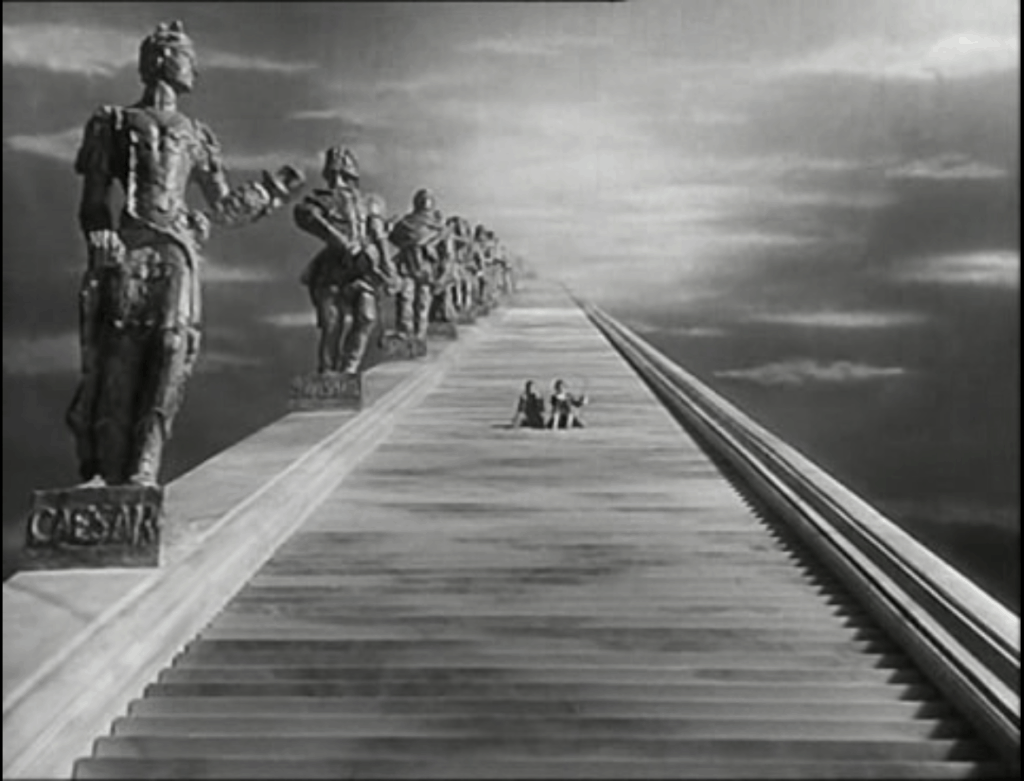 Everything computes. We accept the realized romantic pairing of Peter with June (Kim Hunter), the Boston-born radio operator; inasmuch as we involve ourselves with the trial in the realm of the dead, in which the prosecutor is the Anglophobic Abraham Farlan (Raymond Massey); inasmuch as we are equally swept away by the great comic excesses of Peter’s wayward guide from the other side, Marius Goring’s Conductor 71. A Matter of Life and Death is a much more fitting title than its original American substitution, Stairway to Heaven, because the movie concerns itself with enveloping statements that involve great liminality. It’s more than the sensation of physical interruption that Peter feels, it’s about the implications of this constant fluctuation, and how it reflects the maelstrom which he necessarily would have experienced as a storied wartime pilot.

The film carries a great deal of subtext on the war, all delivered with great precision as the spine of the script. Its existence was at the behest of the British government, who wished for a movie that reaffirmed the bonds between the United States and United Kingdom, which had otherwise been strained in the preceding years despite their shared allied status. In the trial itself, the Archers celebrate procedural cooperation over staunch, nationalistic bigotry. A Matter of Life and Death is aesthetically and thematically governed by images of the planets and stars themselves, always greater than individual hangups. The opening narration marvels at the vastness of space, and zooms into the action through an emphasis on the globe. After all, where is Peter without the promise that he can achieve the second chance he desires from the vast cosmos? 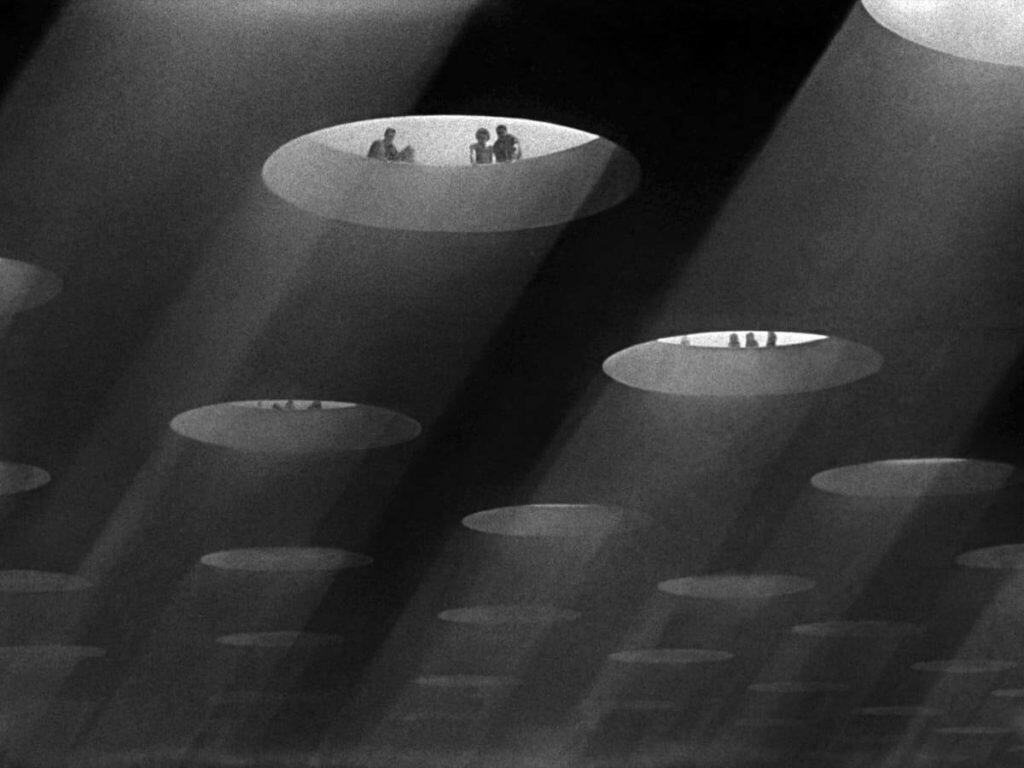 In one of the disc’s special features – a 1986 episode of the British arts documentary series The South Bank Show – Michael Powell mentions an affinity for following a river downstream, finding out when and where it would connect to the sea. Watching A Matter of Life and Death is like that pastime. No matter what kind of sharp creative turns or stylistic adventures that the Archers take us on, we are confident they will guide us to a climactic catharsis with natural integrity. They quickly establish their mastery of tone, visual range, and structural rhythm; the humor is as well-placed as the color scheme, which is as well-placed as its ability to hit story beats in whatever form they choose to present it.

As Stephanie Zacharek’s essay in the provided booklet points out, the movie (and its makers) are a keen study in how much more of everything there can be – in her words, “more color, more humor, more ardor, more blissful confusion.” Supplementary interviews with Martin Scorsese and his longtime editor, Thelma Schoonmaker (also Powell’s widow), provide a small sample of how The Archers’s embrace of ambitious, all-cylinders hyperfunction inspired an entire generation of filmmakers. Ian Christie’s sharp audio commentary brings smart observations and anecdotes to every scene. A Matter of Life and Death arrives now in a package as crisp and formful as can be, with restored video and audio and a host of special features to provide further context on the film’s importance. Everything is here, augmenting the movie’s clever, sincere, and confident pleasures.