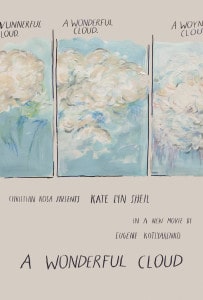 Eugene Kotlyarenko appears to be a bit of a showman; a prankster, if you will, decidedly implementing a ruse in order to pique interest and advertise his latest film, A Wonderful Cloud, to the populace, enticing viewers to witness abject depravity unsuitable for “God-fearing New Yorkers”.

If only A Wonderful Cloud contained anything remotely cutting edge and/or envelope-pushing. Instead, the improvised romantic comedy of exes, in a state of will they or won’t they, overstays its welcome like a bothersome house guest, needy and starved for attention, incessantly performing for laughs and acceptance.

All of which, is part of film’s shtick with a pathetic ex-boyfriend (played by Kotlyarenko himself) hosting his ex-girlfriend ((real-life ex (apparently), Kate Lyn Sheil)) and former business partner while she stays in Los Angeles with the hopes of settling the future of a business they once shared while negotiating an emotional landscape riddled with nostalgia, embers of affection and a grit of resentment unwilling to decay. 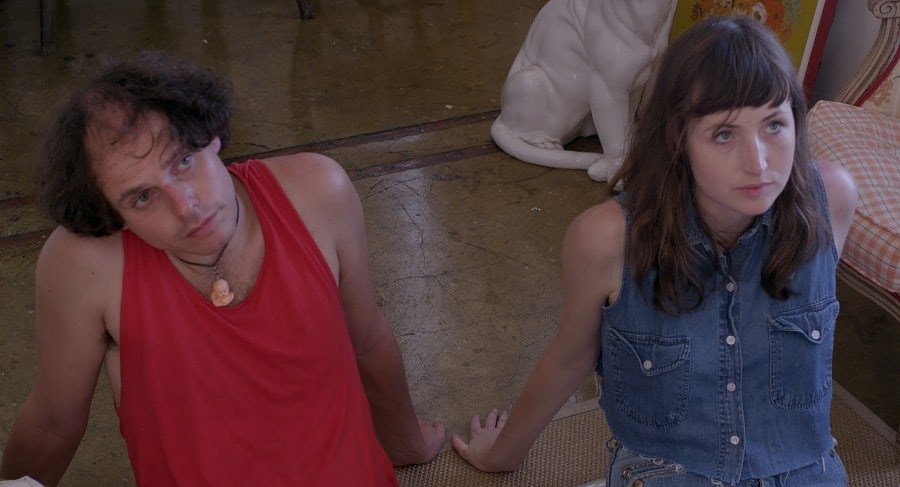 The actions that ensue are captured through a mix of standard cinematography, majority of which consist of uneventful lensing of interactions between all involved and bare bones cinema-verite filming via smartphone. Interweaving the footage of both into a concoction bent on blurring the lines between reality and fiction; not to mention the intimate real-life recordings of the couple from the past that approximately bookend the film.

An idea that reads as engaging and intriguing on paper, amounts to nothing more than a somewhat entertaining experience teetering on the edge of forgettable. The comedic aspects of the film work best when the camera is solely fixed on Sheil and Kotlyarenko, as they display a substantial amount chemistry with each other, banter between the two being genuine and humorous.

It is within these portions of A Wonderful Cloud that the film operates at its best; a light-hearted, relationship comedy with lived-in personalities navigating an undercurrent of past transgressions, whispered, residing in the shadows while all the other comedic adornments do little to complement the core story (apart from an entertaining turn from John Ennis as a wealthy clothier). The bulk of these comedic side-bars distract from the poignancy, diminishing the overall effects of the central storyline. 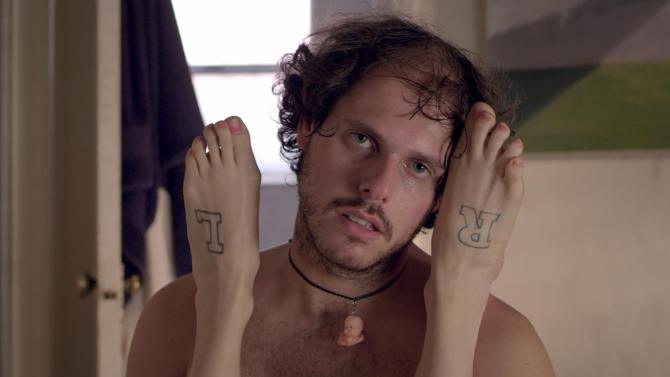 There is, however, a flash of brilliance within the execution towards the end of the film as Kotlyarenko’s artistic abilities finally reveal themselves in a skillfully-executed party sequence. Starting with walk-behind long take accompanying Shiel to down the stairs into the center of the Fourth of July pool party before handing off, focus-wise, into an overhead of a reclined, floating Kotlyarenko. The anger and aggression boiling to the surface over the course of the festivities culminate in an altercation of flailing limbs and hurled insults captured via hand-held. Animosity subsiding releasing stylized drone footage of the worn-out former lovers, eyes-locked oblivious to the multitude of fireworks bursting over the city below.