Oscilloscope has released the trailer for the heartfelt comedy Saint Frances, directed by Alex Thompson and written by Kelly O’Sullivan. O’Sullivan stars as a woman whose life is looking up when she meets a great guy and lands a solid job as a nanny, but then discovers she’s pregnant and must grapple with the decision of what to do. Ramona Edith Williams, Jim True-Frost, Francis Guinan, Lily Mojekwu, Mary Beth Fisher, and Charin Alvarez also star.

Saint Frances won the Audience Award for narrative feature at last year’s SXSW and also picked up a special jury recognition for Breakthrough Voice. It opens in New York February 28th, with a Los Angeles release to follow.

Flailing thirty-four-year-old Bridget (Kelly O’Sullivan) finally catches a break when she meets a nice guy and lands a much-needed job nannying six-year-old Frances (played by a scene-stealing Ramona Edith-Williams). But an unwanted pregnancy introduces an unexpected complication. To make matters worse, she clashes with the obstinate Frances and struggles to navigate a growing tension between Frances’ moms. Amidst her tempestuous personal relationships, a reluctant friendship with Frances emerges, and Bridget contends with the inevitable joys and shit-shows of becoming a part of someone else’s family. 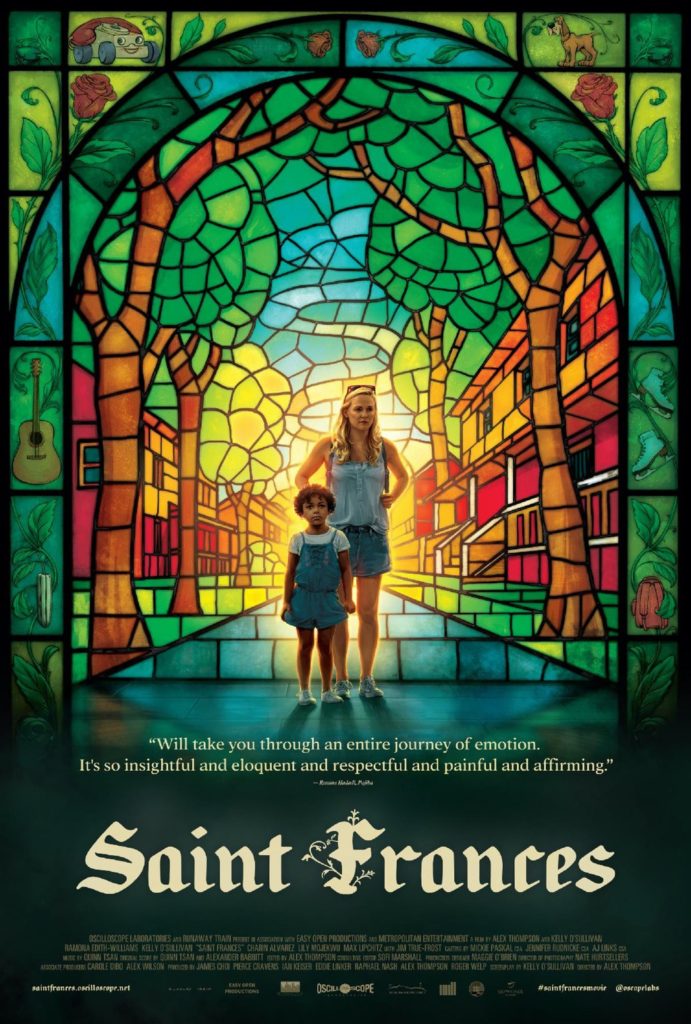