A new trailer has been released for Annabelle Attanasio‘s Mickey and the Bear, starring Camila Morrone as a teenager trying to pull herself out of her current living situation while also attempting to keep her father, played by James Badge Dale, in check. Calvin Demba, Ben Rosenfield, and Rebecca Henderson also star.

Mickey and the Bear opens in New York November 13th and Los Angeles  November 22nd. A nationwide release is planned for November 29th.

It’s April in Anaconda, Montana, and headstrong teenager Mickey Peck (Camila Morrone) is doing what she can to keep her single, veteran father (James Badge Dale) afloat, navigating his mercurial moods, opioid addiction, and grief over the loss of his wife. Secretly, Mickey fantasizes of going to college on the west coast and finally living life on her own terms. When Hank’s controlling, jealous behavior turns destructive, Mickey must decide between familial obligation and personal fulfillment as she puts everything on the line to claim her own independence. 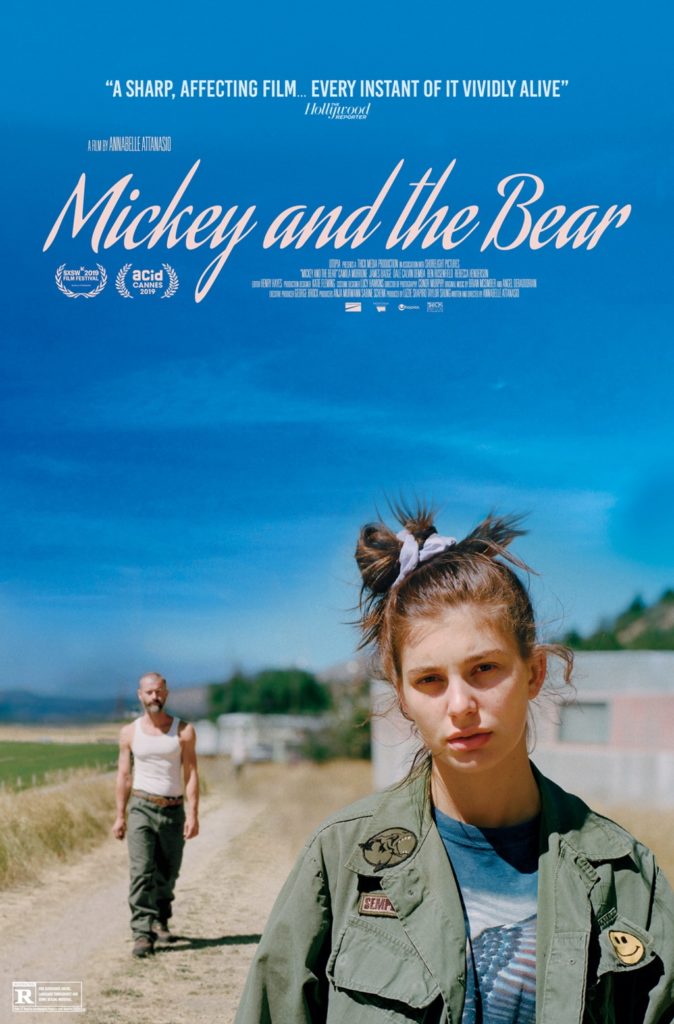