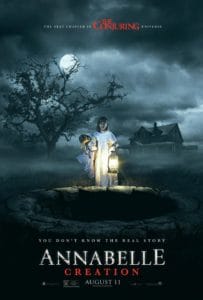 The unprecedented promoting of The Conjuring as a franchise in an era wherein the words “horror franchise” have been out of vogue since Saw took many by surprise. James Wan’s delightfully refreshing Warren-centred possession films were rightfully praised for their innovative yet familiar take on the genre, but one may have wondered how much material could be wrung out of the initial premise.

Annabelle (2014), which kicked off the Conjuring extended universe, yawning its way through poorly executed cliches and tepid scares, set us up for a franchise of straight-to-DVD-quality tack-ons unjustly riding the coattails of the inspired seed film.

This is thankfully not the case for Annabelle Creation, the next entry in this “Warren Extended Universe,” which manages to defy expectations and to feel crisp, much like Wan’s original did back in 2013. Helmed by Lights Out director David F. Sandberg, Creation serves as a sound argument for the necessity of individual creative voices when considering expanding into franchise filmmaking. What Annabelle lacked was the creative vision that demands to be appreciated in its sequel, a vision that is comfortable working within the parameters of the horror genre and can make its well-worn tropes work for it as opposed to against it. 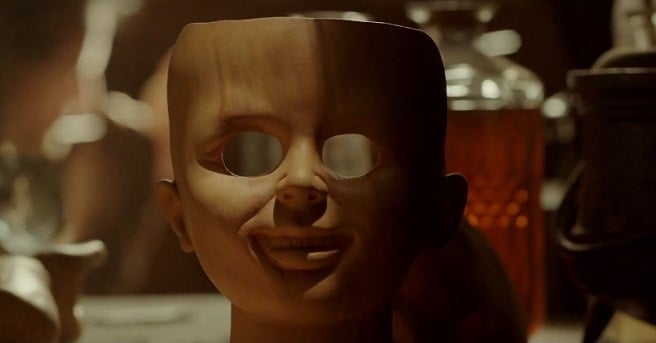 Journeying further into the history of the Annabelle doll, the one so maliciously teased in the original Conjuring, this film indulges in the demonic origins that sees a bereaved farm couple (Anthony LaPaglia and Miranda Otto) welcome an orphanage into their home to ward off the sense of loss stemming from their daughter — a loss discovered by young Linda and Janice (the impressively talented Talitha Bateman and Lulu Wilson), whose curiosity in the sinister home inadvertently unleashes the spirit of the titular doll in way that the screenplay treats prudently with an expert sense of mounting tension.

It was surprising to me how probing into the history of the doll didn’t demystify the premise as so many other origin stories do for horror icons, but it instead emboldened it. The story told here was so impressively absorbing that the way in which it connects itself back to the original Annabelle made me retroactively appreciate that film slightly more than when I saw it first.

Even with the film’s intense sense of plotting, which optimizes the amount of time you will be on edge by smartly setting up its scares well ahead of time, the true feat in Creation is its visual work. Sandberg, no doubt well versed in the look and feel of horror cinema, fills his frame with empty spaces and encroaching darkness, allowing the eye to scan across his compositions searching for the inevitable scare. Playing up to expectations, he lets his unmistakable craft be the thing that catches you off guard and makes the multitude of jumpscares feel earned as opposed to the cheap ones found in Annabelle. 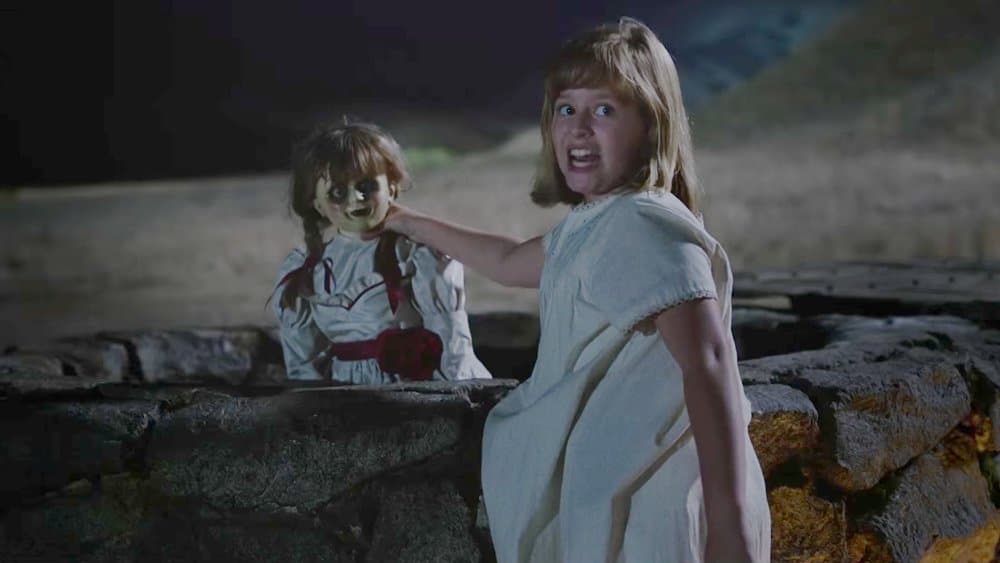 While Creation may not break new ground like its contemporaries in this horror renaissance we are benefiting from, what it is able to do within those trope-marked parameters feels fresh and invigorating. It would be going too far to label this as subversive because Sandberg practically banks on his audience to be versed in what is popularly understood as a horror film and delivers a sophisticated version of that.

Far from revolutionizing, Creation (much as Wan’s The Conjuring did initially to set off this series) refines the approach itself to the point where even the most telegraphed of scares never lose their jolting impact. If this is what we can expect out of a modern horror franchise, then we have several years of quality films ahead of us.