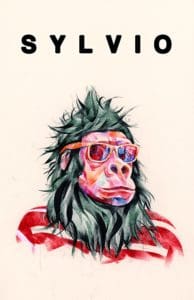 There sits a little, embroidered throw pillow perched atop Sylvio’s couch that reads, “Friendship isn’t a big thing, it’s a million little things.” That decorative pillow, framed by two friends, in the midst of a challenging personal moment encapsulates the essence of Kentucker Audley and Albert Birney’s feature, Sylvio; a film composed as an assortment of the “million little things” carried out by a friend, the small yet meaningful gestures that display love, care, and consideration.

The friendship is an unusual one, between an in-debt, public television talk show host operating out of his basement, Al Reynolds (Kentucker Audley), and an anthropomorphized gorilla, Sylvio Bernardi, and it is this peculiarity that provides the film with a certain steady undercurrent of humor. Not only is Sylvio human-like in his movements, but he is fully immersed in the human life, from spending his days trudging through his tasks at a debt collection agency to his free time spent shooting hoops and creating puppet shows.   Much like any other ordinary individual living an unexceptional life except for the fact that he happens to be a sunglass-sporting gorilla.

Not only is Sylvio unique in its premise, but it also happens to be the first film based off of a series from the now-defunct platform, Vine. If you are familiar with Sylvio’s vines and consider yourself a fan of them then the feature-length film iteration of Sylvio should be everything you would want from an unlikely film adaptation based on a collection of seconds-long loops of someone dressed in a gorilla costume. Absurdity-laced amusement was what I was expecting and yet, Audley and Birney were somehow able to deliver much more than that. Sure, the amusement was there but I must admit there was an abundance of warmth and an underlying gentleness that I wasn’t fully expecting to be emotionally affecting.

I say “gentleness,” although a major part of the film’s plotline revolves around Sylio getting pigeonholed as an ill-tempered smasher of inanimate objects after inadvertently breaking a number of juggling items on The Afternoon Show with Al Reynolds which catapults him into a mild, local celebrity status with dozens of locals clamoring to know what will the ape break?” But it’s a new role that has been thrust upon him and he teams up with his new friend in an attempt to help out and hopefully give him an opportunity to realize his true passion – his puppet show, Quiet Times with Herbert Herpels. 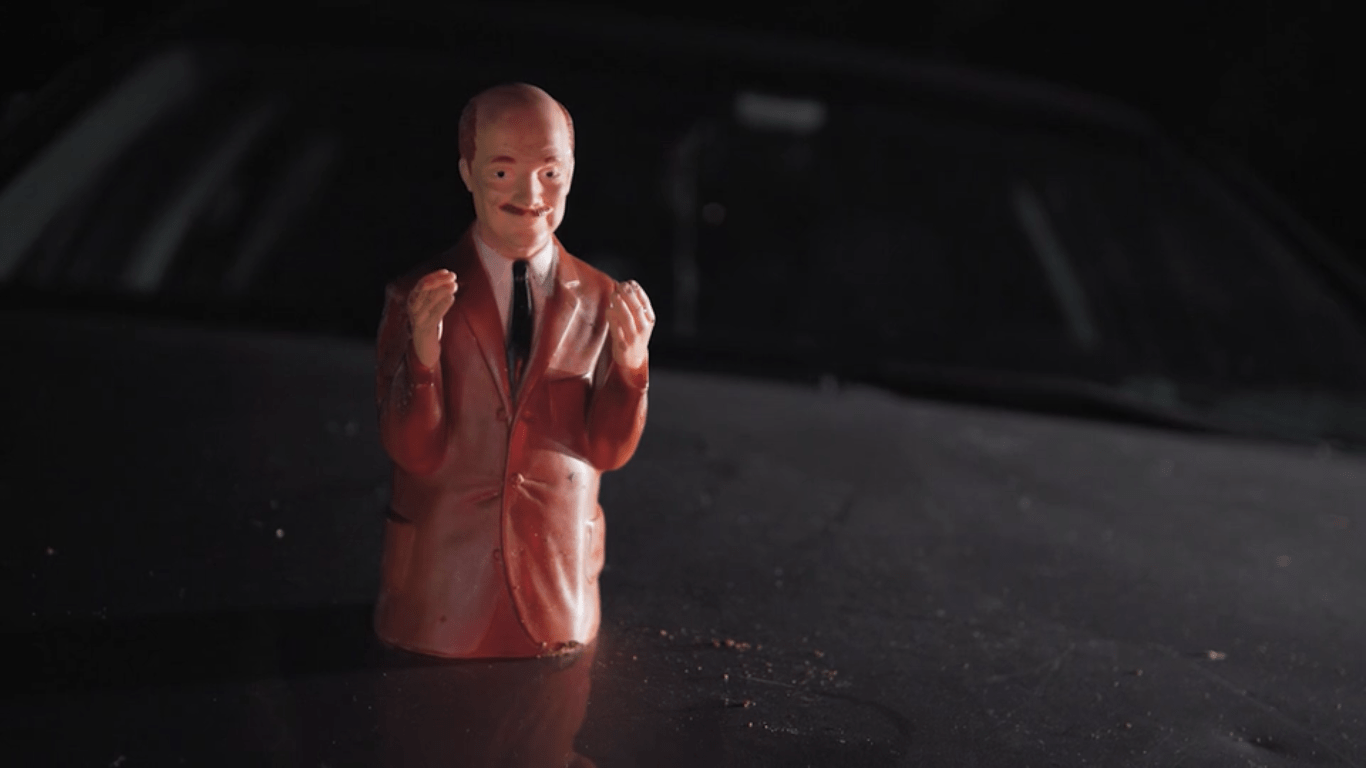 Al and Sylvio’s friendship is mutually beneficial as Sylvio brings a spark to Al’s production while Al enables Sylvio to pursue his creative impulses. They share a certain kinship in the sense that both are pursuing creative endeavors that most would consider being ill-advised, yet they continually make sacrifices to protect and help one another. At times, Sylvio’s sacrifices can go a bit too far but there is an unwavering commitment on his side of the friendship like an urgent need to repay a debt to his friend for his continued support and belief in his abilities.

The warmth and gentleness at the center of Sylvio is swaddled in creativity, layers and layers of inventive, joy-inducing DIY creativity. The film is a testament to the wide-ranging powers of imagination and to see these ideas so lovingly crafted and produced on-screen is an absolute delight. Whatever the reasoning, the sight of Herbert Herpels sinking jumper or planting a tree, with his hands on display like a surgeon awaiting gloves warms my heart. Also, I’m still not sure why an anthropomorphized gorilla displaying genuine kindness and affection through simple hand gestures, muted grunts, and positive posture moved me so, but it did nonetheless. 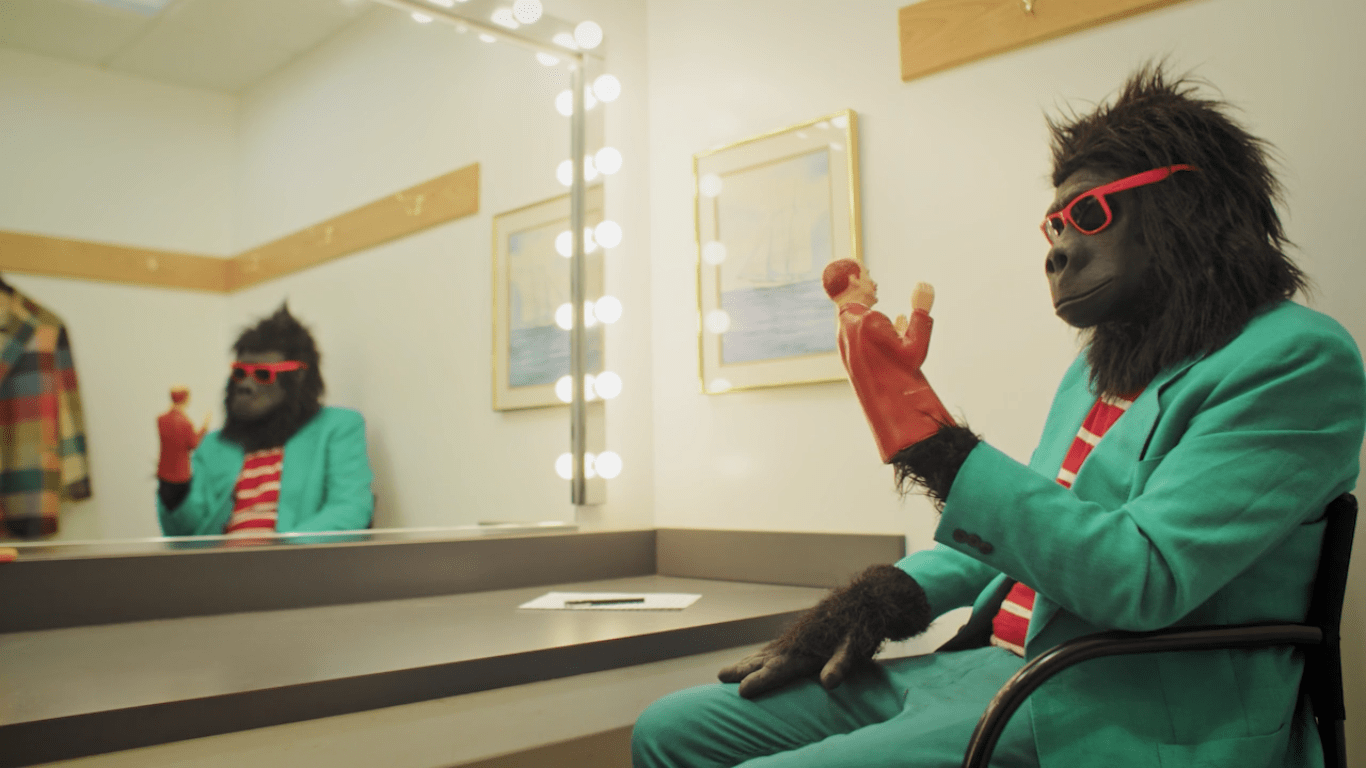 Perhaps it is a matter of the way in which Audley and Birney present these characters, in their performances and the chemistry that they exhibit together that makes them and the film so endearing. Not to mention the secondary cast members, all of whom also capitalize on their individual moments (no matter how small) to add to the film’s overall warm spirited atmosphere. Whatever it may be, it worked. Not only did I thoroughly enjoy myself, but I cared deeply about these individuals. I wanted them to find happiness and contentment. It may be silly to have an affinity for a gorilla-man and his middle-aged, mustachioed hand puppet, but given the current reality which exists as an incessant onslaught of soul-deadening news items and catastrophes, I am grateful that such silliness exists, if even for a brief moment.