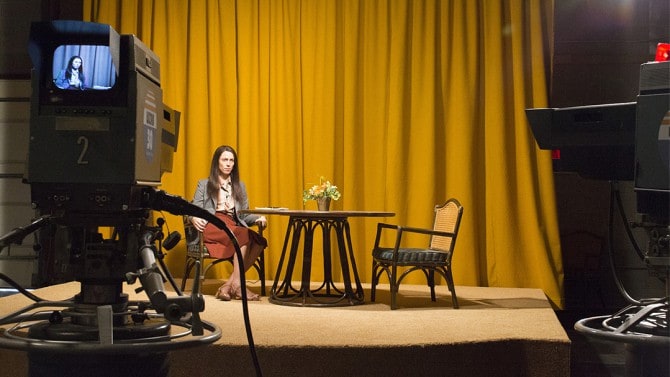 A new poster has been released for Antonio Campos’ third feature film, Christine, which takes a look at the life of news reporter Christine Chubbuck, who tragically took her own life on live television in the 1970s. The film stars Rebecca Hall, Michael C. Hall, and Tracy Letts.

Interestingly, this is the second film to come out this year exploring the life of Chubbuck, the first one being Kate Plays Christine, which is playing in limited release now. The two look quite different from each other however, and as a fan of Simon Killer, Campos’s last film, I’ll definitely be giving this one a look.

The Orchard is releasing Christine in theaters October 14th. 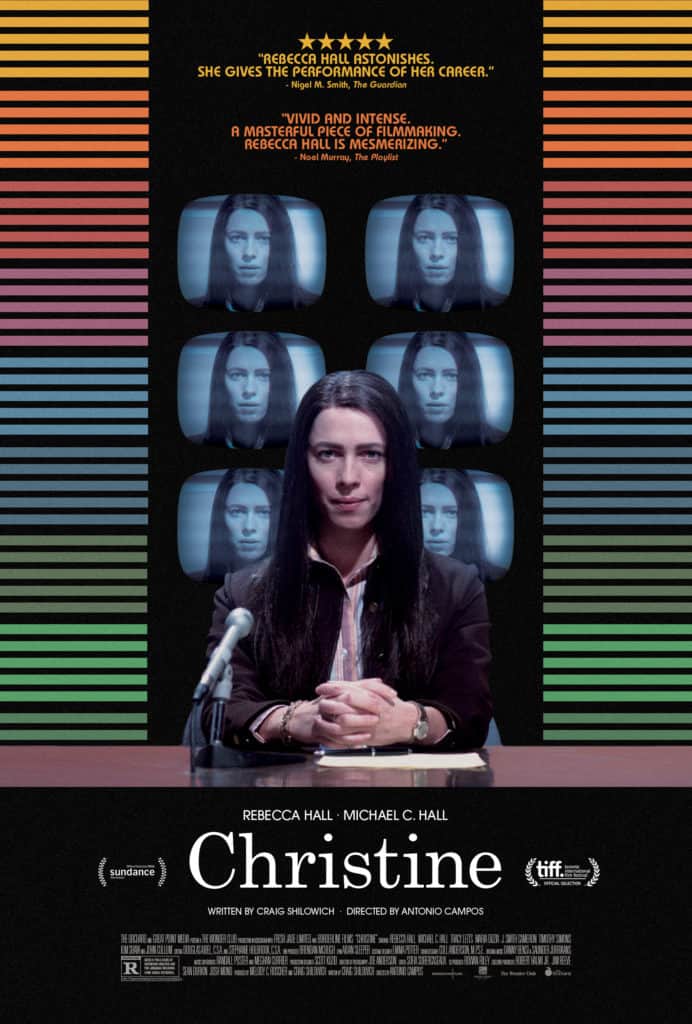 Rebecca Hall stars in director Antonio Campos‘ third feature film, CHRISTINE, the story of a woman who finds herself caught in the crosshairs of a spiraling personal life and career crisis. Christine, always the smartest person in the room at her local Sarasota, Florida news station, feels like she is destined for bigger things and is relentless in her pursuit of an on-air position in a larger market. As an aspiring newswoman with an eye for nuance and an interest in social justice, she finds herself constantly butting heads with her boss (Tracy Letts ), who pushes for juicier stories that will drive up ratings. Plagued by self-doubt and a tumultuous home life, Christine’s diminishing hope begins to rise when an on-air co-worker (Michael C. Hall) initiates a friendship which ultimately becomes yet another unrequited love. Disillusioned as her world continues to close in on her, Christine takes a dark and surprising turn.