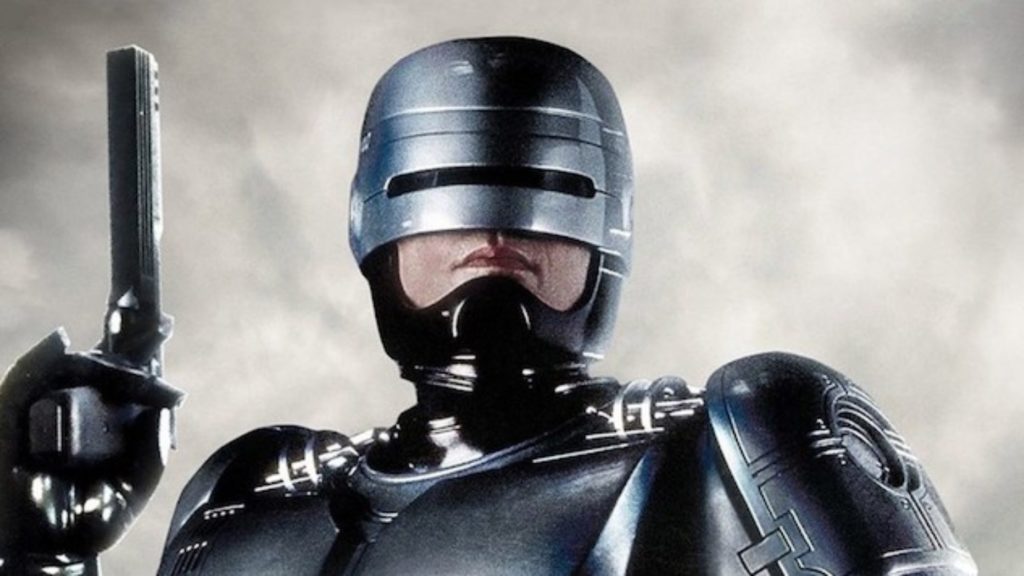 Arrow Video has announced their November 2019 home releases for the U.S., which include Apprentice to Murder Flowers in the Attic, The Far Country, Hitchhike to Hell, and Robocop.

Take a look below for more details about these releases and head on over to arrowvideo.com for more information.

As we head into the penultimate month of the year, Arrow has another ultimate lineup of releases. The November slate includes 5 new titles across a wide variety of genres. Whatever your tastes may be, you’re sure to find something from this lineup to keep you warm and fuzzy during the crisp autumn nights.

Chad Lowe, younger brother to Rob, stars in Apprentice to Murder coming to Blu-ray on November 5th. Lowe plays Billy, a young man that gets caught up in the workings of powwow magic and falls under the spell of Dr. Reese (Donald Sutherland). As the two begin to investigate a strange sickness infesting their community, the lines between good and evil start to blur. Arrow presents Apprentice to Murder with a brand-new 2K restoration and a number of bonus features including a video interview on religious horror with Kat Ellinger.

November 12th will see two titles coming home beginning with the controversial and dark, Flowers in the Attic. Based on VC Andrews’ smash-hit novel, Flowers in the Attic is a Gothic tale about four siblings locked away in the attic by their evil grandmother (Louise Fletcher). Originally panned by critics, director Jeffrey Bloom’s adaptation has developed a cult following over the years. The new Arrow release comes loaded with special features including new interviews and the original, studio-vetoed ending.

The second November 12th release is Anthony Mann’s gorgeous Technicolor western, The Far Country. James Stewart stars as an adventurer that bumps head with a corrupt judge (John McIntire). Despite being filmed in Canada, The Far Country is one of the rare westerns to be set in Alaska. The two-disc limited edition release from Arrow features the film in two aspect ratios and with a new 4K restoration.

Irvin Berwick’s delightfully sleazy Hitchhike to Hell hits Blu-ray for the first time on November 19th. Inspired by the brutal crimes of the “Co-ed Killer” Edmund Kemper, Hitchhike to Hell is a classic slice of American exploitation. With a brand-new 2K restoration and plenty of special features, this is a must-own for genre fans everywhere.

The month comes to a close with the November 26th release of Paul Verhoeven’s seminal classic, RoboCop. Set in the not-too-distant future, RoboCop is the story of officer Alex Murphy (Peter Weller) who is gunned down in the line of duty before being brought back to life as a half-man/half-machine crime-fighting badass. This new limited edition release features the director’s cut and the original theatrical release, both presented with a 4K restoration approved by Verhoeven himself. If you’re looking to get your fix of RoboCop bonus features, look no further than this release which is loaded with more bonus content than OCP has corruption. RoboCop will be available in standard and steelbook editions.