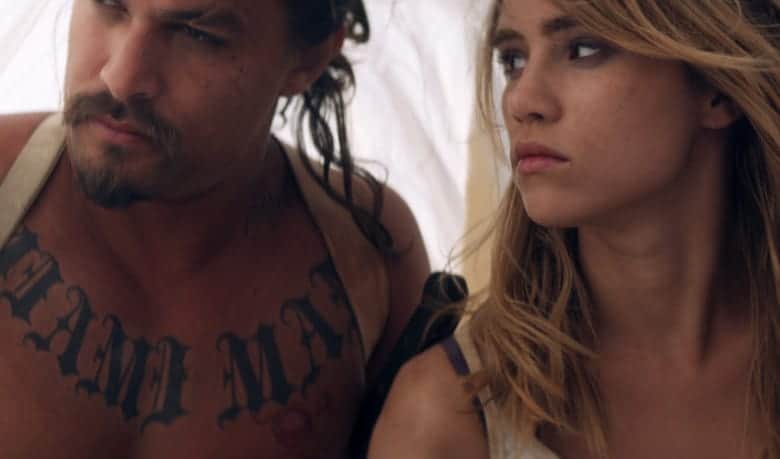 NEON has released three new character posters for The Bad Batch, which give good looks at the torsos of Arlen (Suki Waterhouse), Miami Man (Jason Momoa), and The Dream (Keanu Reeves). Check out all three below.

Directed by Ana Lily Amirpour (A Girl Walks Home Alone at Night), The Bad Batch also stars Giovanni Ribisi and Jim Carrey. It will be released on June 23rd.

The highly anticipated follow-up to Amirpour’s acclaimed directorial debut, A GIRL WALKS HOME ALONE AT NIGHT, THE BAD BATCH follows Arlen (Waterhouse) as she is unceremoniously dumped in a Texas wasteland fenced off from civilized society. While trying to orient her unforgiving environment, she is captured by a savage band of cannibals and quickly realizes she’ll have to fight her way through her new reality. As Arlen adjusts to life in ‘the bad batch’ she discovers that being good or bad mostly depends on who you’re standing next to. 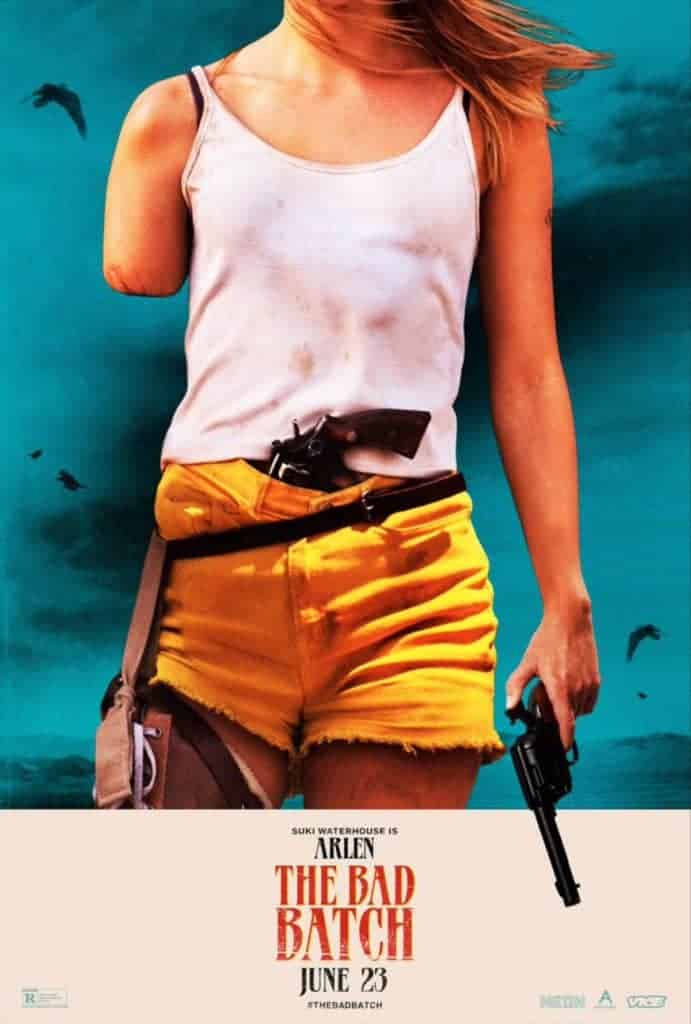 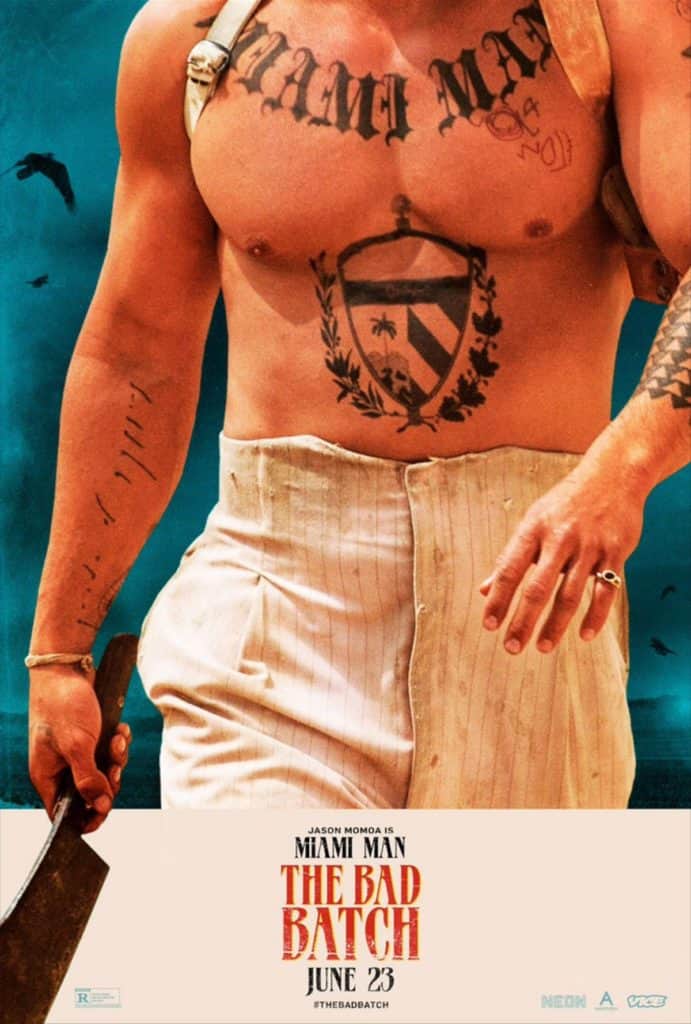 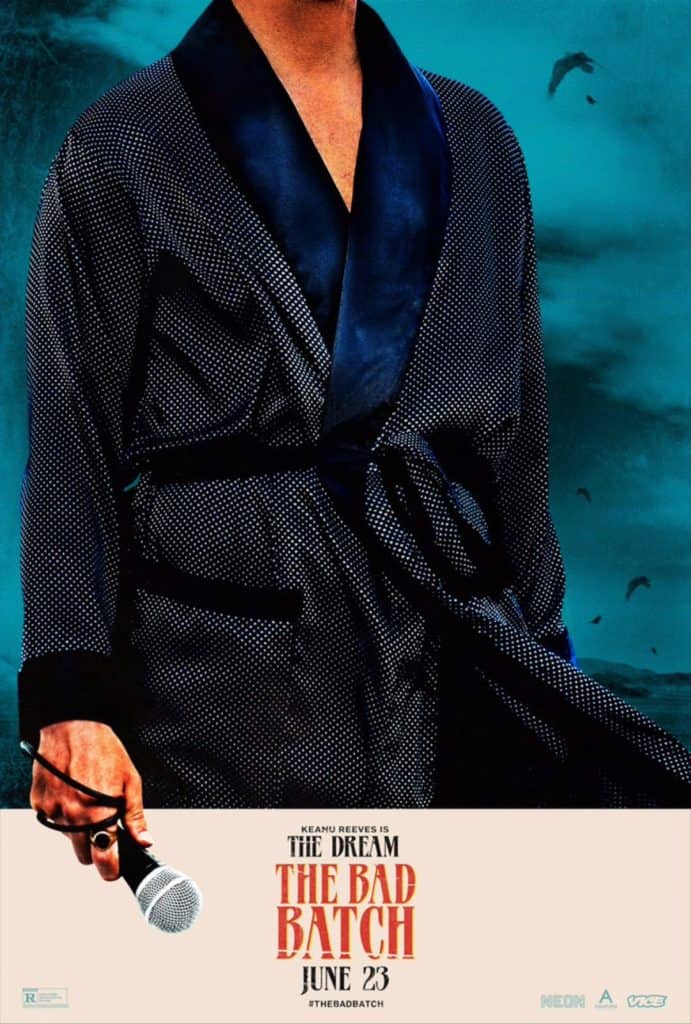