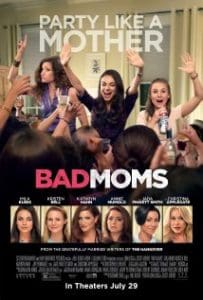 Jon Lucas and Scott Moore hit a crude comedic sweet spot with their script for The Hangover, and the comparisons with that movie and Bad Moms, which they wrote and directed, are readily apparent. Each film has three protagonists, and they all share several traits. But this is more than just a gender swap redo of debauched behavior. Bad Moms balances its vulgarity with a certain level of authenticity that hits on the realities of being an overscheduled and overstressed modern parent.

While far from real life – “frazzled” mother Mila Kunis always looks flawless even with spaghetti stains on her blouse and her large suburban house is spotless – Bad Moms taps into relatable struggles as the expletives fly and cheap wine flows. It’s lowbrow without being verbosely offensive and also measured in its portrayal of the rebellious mommies and what they’re fighting for. They never get so out of control to be unsympathetic and the movie never turns them into symbols of a dull empowerment anthem.

Amy (Kunis) is struggling to remain sane while balancing work, domestic life, and the endless activities of her two middle school children. Fed up, she kicks out her oafish online-philandering husband (David Walton), stands up to her young douchey boss (Clark Duke, very funny with just a few scenes), and quits the PTA, which is run by the iron fist of snooty Gwendolyn (Christina Applegate) and her underlings (Jada Pinkett Smith and Annie Mumolo). The fearmongering in a speech about the PTA bake sale is hilarious and reminiscent of a certain political campaign.

After her mutiny, Amy befriends milquetoast and meek stay at home mom Kiki (Kristen Bell) and uninhibited single mother Carla (Kathryn Hahn). The trio proceed to blow off responsibilities and take time out for some shenanigans, which for Amy includes a potential romance with hunky widower Jessie (Jay Hernandez). 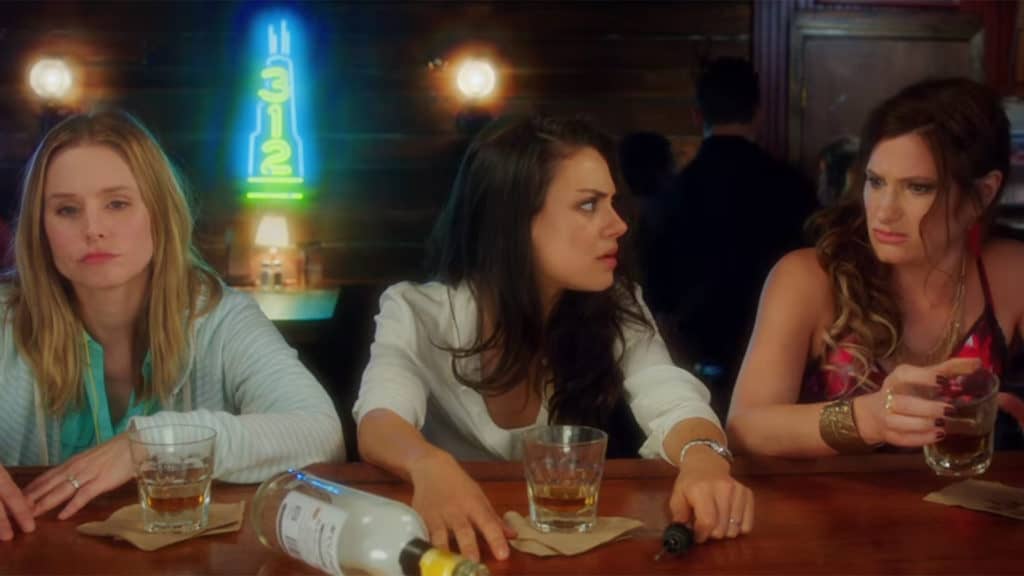 Shot with the bland look of a sitcom and suffering from curious editing at times, Bad Moms works thanks to some well-written and well-timed zingers and the charisma and chemistry of its leads. Kunis has a laid back appeal that makes her relatable even as she makes questionable (though mostly understandable) choices. Bell’s deadpan timidity helps anchor the crew. The real standout is Hahn as the irreverent and unrepentant boozy single mom. She has that rare ability to make every syllable and affectation interesting and hysterical. A great comedic performer, she also manages to keep Carla likable while just this side of unhinged. Applegate also hits the right notes as the uppity PTA queen, spewing bile with a clenched grin.

After the initial moments of letting loose, Bad Moms drags a bit in the second act before a forced plot emerges: Amy runs against Gwendolyn for PTA president. Thankfully, however, this story isn’t pushed as the be-all and end-all goal of Amy and crew. They just don’t want to be judged for being flawed, and breaking the façade of faux-perfect domestic bliss is something that could be liberating for us all.

In addition to being a rare knowing, bawdy comedy, Bad Moms also distinguishes itself in the closing credits. Instead of the standard outtake reel, there’s a series of very sweet and funny interviews with the stars of the movie and their real-life moms. The anecdotes help cement the combination of heart and hilarity contained within the movie.