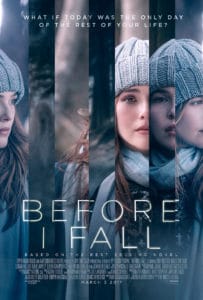 What if you lived the same day over and over again? What would you do? If it were me, I might try to visit to every single city in the world that I could reasonably travel to in one day. I would try and meet interesting people, try every type of food dish, read every book. I would attempt to learn different languages, dance styles or musical instruments. Sure, I would have to lie, beg, borrow and steal, but in short, it wouldn’t be the same day for me; I would only wake up in the same place.

But teenager Sam Kingston, who finds herself reliving the same day over and over again, keeps going to high school, keeps sitting in the same classrooms, keeps eating lunch at the same table and keeps going to the same dumb party, which is perhaps the most infuriating thing about Before I Fall. (It’s also, tragically, one of the very worst things about adolescence in the U.S. — that your world is so very, very small…that your classmates and their opinions are the only things that matter.)

But let’s assume, for the sake of argument, it is because she is a minor, one who is unable steal a credit card or adult’s ID, or that she’s simply just not very creative. (Sam’s idea of mixing things up is wearing a sexy, low-cut shirt and dark eye makeup; telling off one of her girlfriends; and making a pass at her teacher.) There are some great moments when Sam, played by Zoey Deutch (Why Him?, Everybody Wants Some!!) devotes time to her family and pours her heart out to her friends, but these are brief and pretty tame.

One of the great things about fiction is that you can play with bizarre plot concepts and flesh out all the multiple what-ifs, but for the sake of this review, I will just accept that Before I Fall is intended to be a young adult film, based on the young adult novel of the same name, and solely intends to tell the coming-of-age story about a school bully who realizes that she can have her own opinions, keep her virginity and can ditch her deadbeat boyfriend.

As the story’s protagonist, Sam makes up one fourth of a clique of “mean girls” at her school who seem to trash talk or flat-out ignore the kids they don’t like. She is No. 2 in its hierarchy, which is visually represented by the seats each girl occupies in the SUV of the group’s vile leader, Lindsay (Halston Sage), and the order in which they are picked up for school each day by Lindsay.

It isn’t long before we witness the girls’ sickening hypocrisy: tormenting a classmate for being gay all the while stroking each other’s hair, kissing each other and groping each other’s bodies; slinging cruel insults at another classmate who they deem to be “crazy” while acting like hormone-fueled nutjobs themselves; and accusing each other of being sluts while engaging in and encouraging promiscuous behavior. 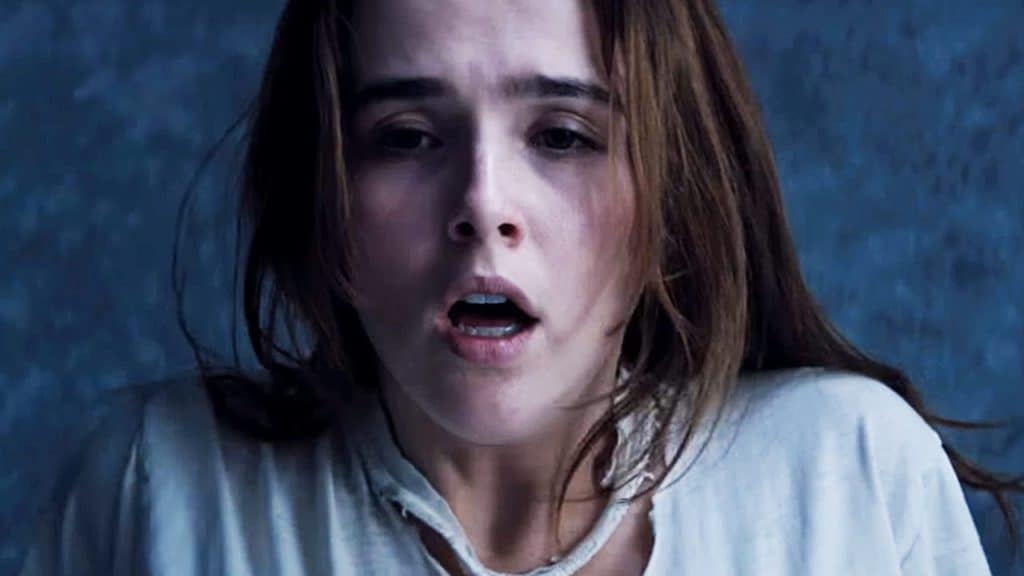 If Before I Fall got anything right, it’s the savagery of high-school girls. Perhaps that’s because the film is helmed by mostly women. Director Ry Russo-Young and writer Maria Maggenti bring to life Lauren Oliver’s novel, and Deutch, Sage, Cynthia Wu (as Ally) and Medalion Rahimi (as Elody) skillfully carry the film. Deutch, by the way, is the daughter of veteran director Howard Deutch and actor Lea Thompson (who is no stranger to teen dramas herself and is, as a matter of fact, currently starring in Freeform’s YA series Switched at Birth). Before I Fall also stars Logan Miller (The Walking Dead, Scouts Guide to the Zombie Apocalypse), Elena Kampouris (My Big Fat Greek Wedding 2) and Jennifer Beals as Sam’s mom.

The time-loop concept certainly is not new. Arguably the best and most well known movie to execute the repeating day is 1993’s Groundhog Day, but 2014 brought us Edge of Tomorrow, which turned out to be actually pretty great too. It’s tough to see a movie like this one and not compare it to its forebears.

Fans of the novel may appreciate this film more so than those of us who have not yet read it. From what I can tell, many people loved it, but it isn’t always easy to adapt literature to the screen. I suspect that the story may have been a more compelling in book form, told from the first-person perspective.

Despite the picturesque shots, courtesy of cinematographer Michael Fimognari (Oculus, Ouija: Origin of Evil), that are supplemented with a few notable highlights from the film’s soundtrack, there not a ton of substance in Before I Fall. It’s got a good message, but even for an avid YA film buff like myself, this one felt fairly forgettable.