A new clip for the upcoming comedy Being Frank has been released, which stars Jim Gaffigan as a man who, as is son discovers, has a separate secret family. The film is directed by Miranda Bailey and also stars Logan Miller, Anna Gunn, Samantha Mathis, Alex Karpovsky, and Danielle Campbell.

Seventeen-year old Philip (Logan Miller) longs to leave his small town for music school in The Big Apple. His dreams are dashed when his overbearing father, Frank, played by Jim Gaffigan, forbids it. In retaliation to his father’s dictatorial parenting, he sneaks away in search of a wild spring break. However, when he crosses state lines, he instead finds a charming lake community where he spots his father with another woman. Turns out, Frank lives in this town and has an entire other family. With this bizarre revelation Philip realizes he can either blow the whistle on his father’s deceit or take advantage of the surreal situation.

With a well-balanced mix of comedy and drama, BEING FRANK offers an ensemble cast, led by the terrific Jim Gaffigan and Logan Miller, a chance to turn the heartbreaking into the hysterical. 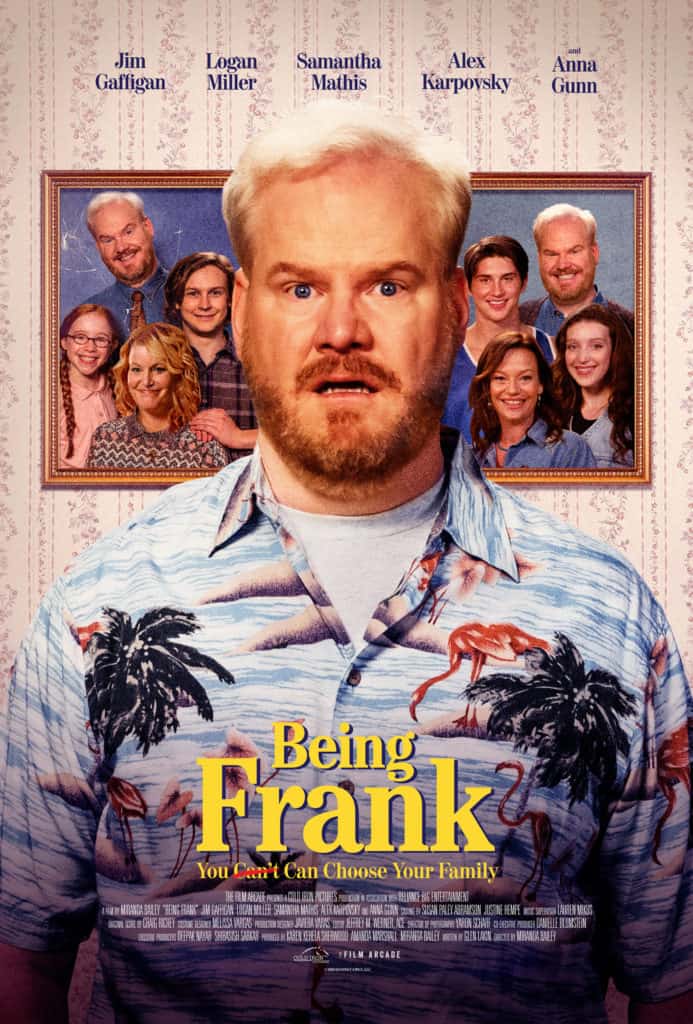