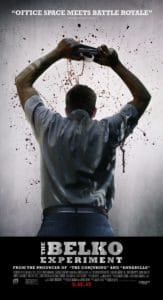 Written by James Gunn, the film takes place in a high-rise office in Bogota, Colombia, where Belko Industries operates a nonprofit that places North American workers in South American jobs. Everything is shaping up to be a normal day at the office, save for the heightened security – something the employees are relatively used to it seems. But things take a turn when a loud speaker interrupts the workers’ mundane tasks with the announcement that, unless 30 people are dead within a set amount of time, 60 more will die. Now, the 80 or so employees must decide if they can take the lives of their friends and co-workers if it will mean the possibility of their own survival.

Naturally, the group of douchey white guys, led by Tony Goldwyn, form an alliance and decide to go on a killing spree while the more compassionate individuals, led by John Gallagher Jr., break off and attempt to devise a plan of escape in between being ruthlessly slaughtered by the douchebags and questioning their life choices.

Like the superb Battle Royale, The Belko Experiment aims to satirize modern society by pitting typically non-violent individuals against one another and begging the question: what would you do in this situation? Unfortunately, whatever social commentary can be gleaned from the film is muddled at best, and the movie works better as a mindless thriller filled with gratuitous violence. It’s a film designed to challenge the audience but moreso on the content one is witnessing rather than what the content is implying. 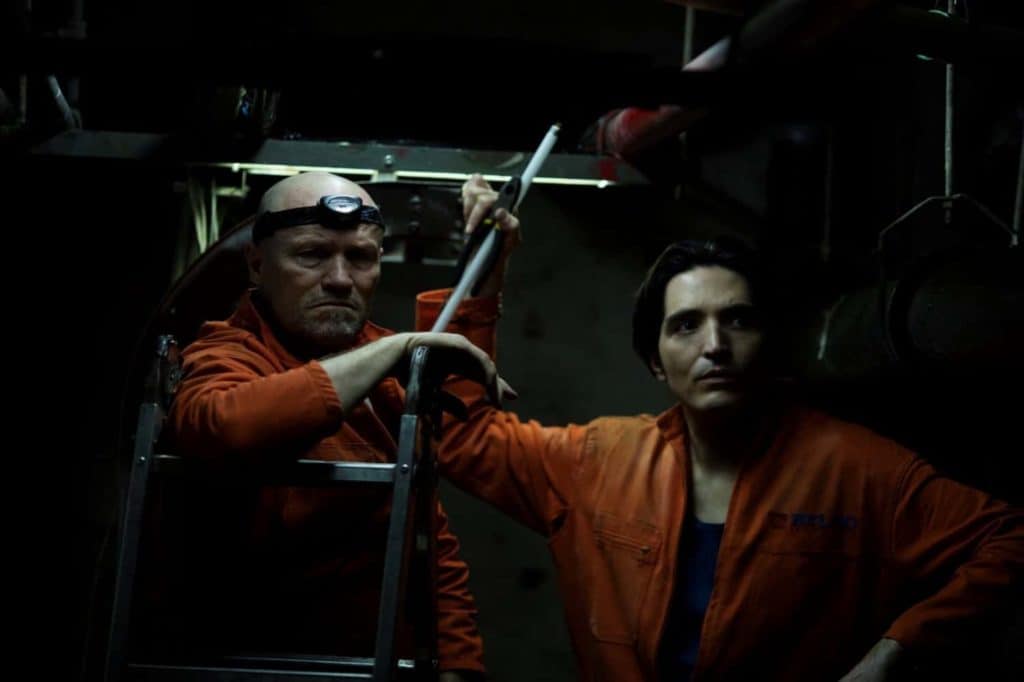 And while the similarities between McLean’s film and Kinji Fukasaku’s cult classic Battle Royale are numerous, the quality isn’t even in the same stratosphere. While the violence in Battle Royale was shocking, it wasn’t without substance. Every death had weight, whereas, in Belko, the violence feels cheap and tasteless.

There are too many “gotcha” moments featuring a surprise death that seem to be played for shock humor but too often just feel nasty, not unlike the Belko Industries building itself…nasty, ugly, and cold.

The tone is played far more serious than I expected going in, considering the bevy of marketing emails I have been getting with silly character posters, lego versions of the trailer and even a Lee Hardcastle-created claymation version of the trailer. There are a number of funny moments to be sure, but they’re mostly reserved for dialogue-driven remarks that occasionally remind us that James Gunn is behind the script.

While it’s not a complete misfire, The Belko Experiment simply wasn’t nearly as fun as I had hoped, and although it’s certainly a provocative film, I don’t think it’ll be one I visit again anytime soon.