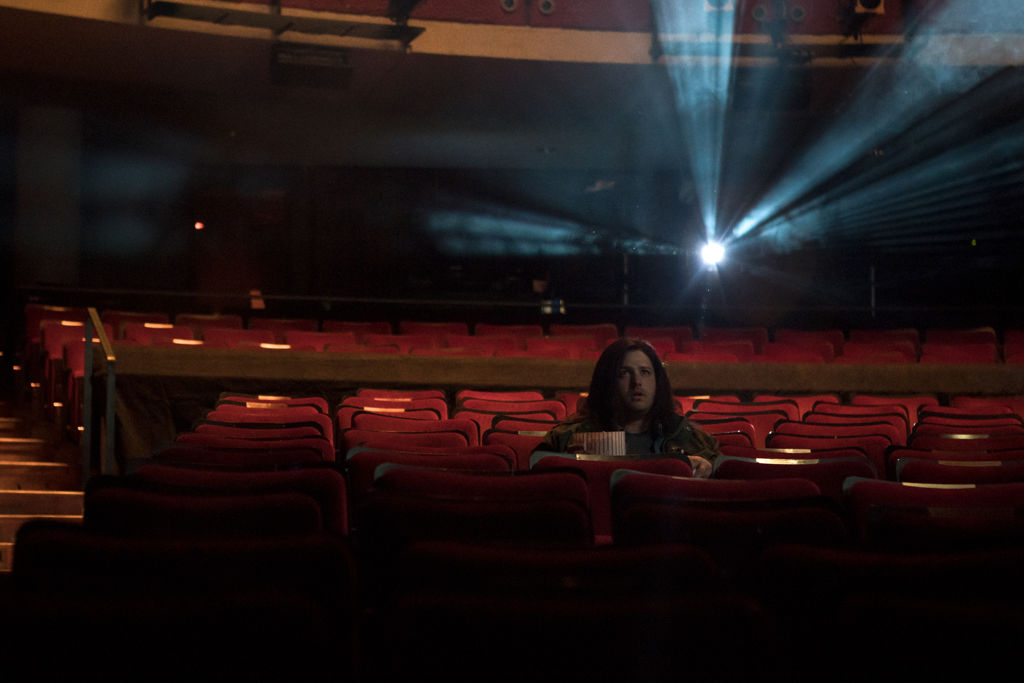 Big Gold Brick’s main character, Samuel (Emory Cohen), suffers a traumatic brain injury after being hit by a car. That’s a terrible reason to label your film as a “cerebral comedy,” but I hope it’s the marketing team that decided to advertise the film as such — because suggesting Big Gold Brick is intellectual or thought provoking is even more ridiculous.

The story is told in flashback format from Samuel’s perspective. Floyd (Andy Garcia) feels bad for running Samuel over, so he invites Samuel to stay with him and his family as he recovers from the accident. Floyd is a mysterious man (who doesn’t feel mysterious) with an eventful past, and Samuel is a short-story writer. Per Floyd’s request, Samuel writes Floyd’s biography while living under his roof.

Samuel is introduced to each member of the household: Floyd’s stunning, young, promiscuous partner, Jacqueline (Megan Fox), who wants to sleep with Samuel at any given chance; Floyd’s daughter, Lily (Lucy Hale), a sweetheart who Samuel is gaga over; and Floyd’s teen son, Edward (Leonidas Castrounis), a dark, tranquil, rebel who openly drinks beer and smokes cigarettes.

That is the full extent of each character. You may get some laughs from Edward (- he’s a walking punchline) but the women are just there to look pretty. Their roles and relationships with other characters are cliche and terribly underdeveloped. For example, the male lead being uncomfortably pursued and seduced by the wrong woman was famously done in The Graduate. That was 1967. If you do the same or similar it must be done in a way that makes it feel fresh. Here, it’s stale.

The entire script feels artificial, as if writer/director Brian Petsos was just checking the proverbial boxes as to what a screenplay is supposed to have. I would say I’m surprised Petsos was able to get funding and pull in some big Hollywood names, but Oscar Isaac (who plays Anselm in the film) is credited as an executive producer. The two must have a close relationship considering Isaac is in a number of Petsos’ preceding short films.

This is Petsos’ feature debut, and unfortunately it shows. Big Gold Brick tries to be bizarre in a good way, but it’s awkward in a bad way. The story is built up as if something monumental has taken place, but in the end, we get a payoff with no impact.

Emory Cohen’s performance is as cringey and annoying as his character’s hair. Justin Hori’s musical score doesn’t fit. The film’s supernatural element is key to the story but also totally out of place. And this ‘comedy’ probably got one giggle out of me.

Andy Garcia is the only redeeming quality. When he speaks, I feel like I’m watching a decent movie and that is simply a testament to what a fine actor he is. Making a good film isn’t easy. I’ll give credit if there is a legitimate attempt at making something with substance, but that’s what bothered me most; it all felt completely pointless.