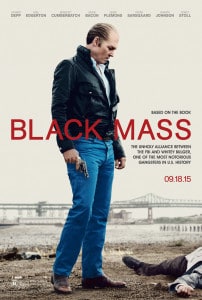 Given its salacious true life subject matter and a talented cast doing fine work, Black Mass doesn’t feel nearly as weighty as it should. The matter-of-fact approach of director Scott Cooper doesn’t exploit or glorify the terrifying acts of notorious criminal James “Whitey” Bulger, but the flat telling of his story zaps much of the impact. As presented, the gangster tale feels like Scorsese-lite.

Creating a compelling character rather than a caricature for the first time in a long time, Johnny Depp does what he can to grab our attention, imbuing Bulger with a restrained sense of menace. This is a man who’s careful with his words, shrewd with his orders, and effortlessly frightening. Depp captures the magnetism and the powder keg that’s ready to erupt at a moment’s notice.

Unfortunately, the dynamic lead performance gets lost in a meandering plot and a ‘70s South Boston milieu that’s precise, though unexciting. We start in 1975 with Bulger and his Winter Hill Gang running small-time scams in their section of Southie. When a powerful rival threatens to move in on his turf, Bulger finds an ally in childhood friend turned FBI agent John Connolly (Joel Edgerton), and agrees to become an informant. Now under federal protection, Bulger uses his connection to grow his criminal dealings without scrutiny, and without bringing heat down on his senator brother Billy (Benedict Cumberbatch), while wannabe player Connolly uses his underworld ties to move up the professional and social ladder.

Edgerton is just as effective as Depp, telling us a lot about the uppity Connolly that isn’t necessarily on the pages of the screenplay by Mark Mallouk and Jez Butterworth. The two leads even make several of the film’s stares and glares seem interesting. Supporting performances are solid if perfunctory, with the standout being Rory Cohcrane as Bulger confidante Steve Flemmi – the only character who appears physically and emotionally burdened in any way by the nefarious goings-on. Cumberbatch and Kevin Bacon, as Connolly’s FBI superior, apparently were cast in routine roles to have a couple more names to feature on the film’s poster. Both are perfectly fine, though Cumberbatch’s Boston accent is a bit off, stuck somewhere between Alan Turing and Khan. 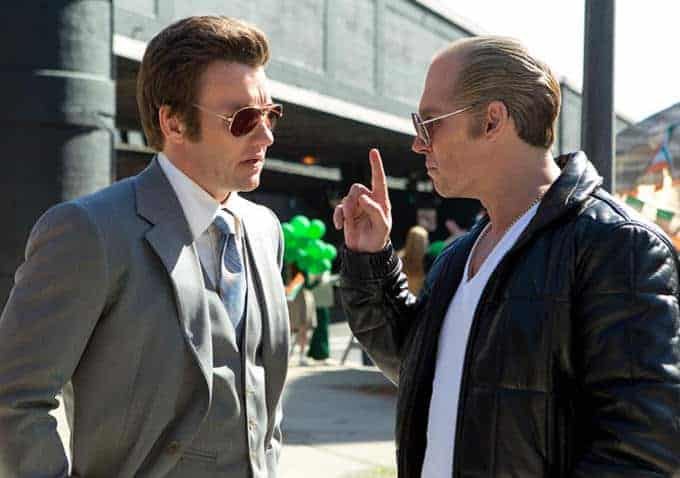 The compulsory characters are a product of their strangely sedate environment, which lacks any feeling of escalating stakes. One minute Bulger is concerned about collecting protection money and working vending machine scams, the next fixing jai alai in Florida, and then working with the IRA. There’s no connective tissue that shows how the enterprise has grown or how Connolly has sustained his dishonesty. Neither man is particularly affected by their actions; while this could be somewhat purposeful to show their detached, single-minded yet duplicitous nature, it’s not a compelling arc.

Contributing to the episodic experience is a device that has former Bulger associates telling chunks of the story to authorities in exchange for reduced prison sentences. Biographical gaps are filled in as the film experiences a multitude of fits and starts that grind any momentum to a halt.

Black Mass is best in the moments that allow Depp and Edgerton to play with their characters’ motivations and personalities. Depp makes a dinner table conversation with Bulger’s son simultaneously amusing and alarming, and later makes a dinner party at Connolly’s downright dark. It’s just a shame these two interesting characters exist in a confined narrative and these two actors weren’t given higher quality material to elevate.