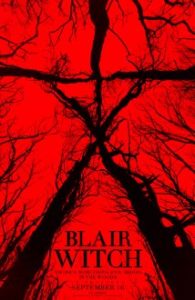 The words “found” and “footage” appear in the opening text of The Blair Witch Project and the film that follows ushered in a subgenre that’s been omnipresent ever since. Sure it wasn’t the first, but the 1999 flick brought the technique to the mainstream and most found footage movies since have faltered with justifying the style and/or using it effectively. For every and Cloverfield there are seemingly dozens of indistinguishable queasy-cam snoozers. Blair Witch, the sequel to the granddaddy of modern pseudo-documentary horror, belongs with the indistinguishables.

The only real differentiators are its connection to the original and the fact that those connections were left secret until a few months before its wide release – the film was branded The Woods throughout production and in preliminary marketing materials. The actual movie quickly tempers excitement.

Two decades after his sister Heather vanished in the woods outside of Burkittsville, Maryland, James (James Allen McCune) sees a YouTube video that motivates him to explore the forest for answers. Joined by student documentarian Lisa (Callie Hernandez) and friends Peter (Brandon Scott) and Ashley (Corbin Reid), James heads out to the sticks. In Maryland, the group meets up with local Blair Witch enthusiasts Lane (Wes Robinson) and Talia (Valorie Curry), who talk their way into tagging along. They hike for a while, and then there are lots of noises, followed by lots of running and screaming.

Director Adam Wingard updates the technology with GPS trackers, small earpiece cameras, and even a drone cam, which provides the coolest shots of the film. As it takes off from the forest floor, the drone shows the doomed investigators getting smaller and smaller, becoming totally enveloped by the tall trees. It’s one of the few times the movie taps into the same kind of hopelessness of the original.

While Blair Witch takes some time to establish the scenario, the movie lacks a mounting sense of dread. It’s fine that Wingard and writer Simon Barrett go for a more full-throttle approach, ramping up the frequency and level of shocks to stand out from the original, but in doing so they make Blair Witch feel like countless other imitators. The more you see and hear the monster, the less scary it is.

Once the terror in the woods switch is flipped the scares are cheap and familiar. Heads with POV cameras strapped to them swivel in the dark, flashlights flicker, and friends leap in front of each other constantly from just out of frame for the sake of jump scares. One of the characters even has a jokey line about how people need to stop doing that. The movie doesn’t take that advice, though. Pops and hisses when the audio/video source is changed are used for jolts as well. After partnering on You’re Next and The Guest, which both repurposed genre tropes with fantastic results, it’s disappointing that Wingard and Barrett make things feel so dully recognizable here.

There is some invention. A potentially interesting expansion of the supernatural powers of these woods may somewhat explain disappearances and lack of evidence, but true revelation remains intangible and the payoff of this idea is minor. 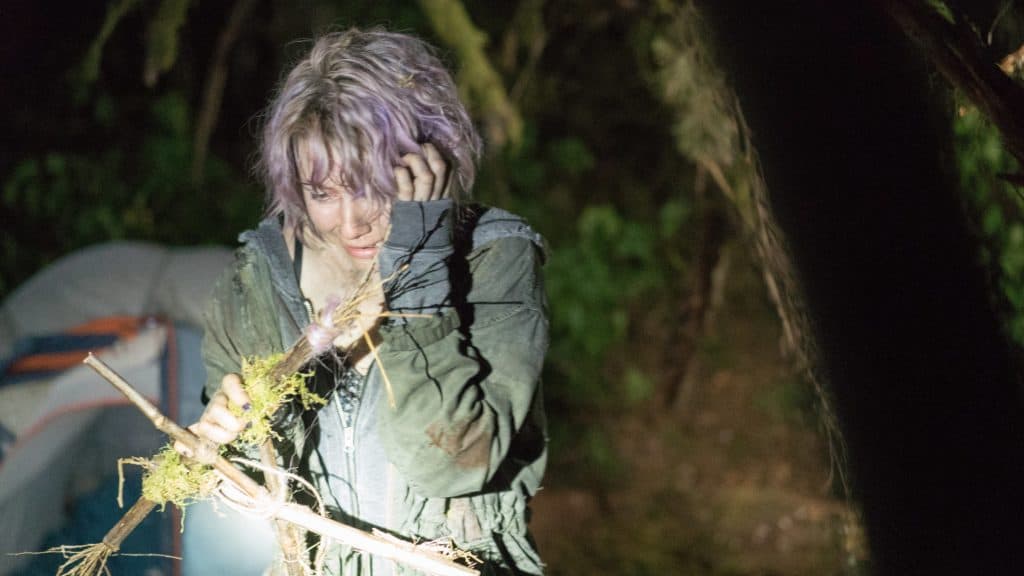 Characters are mostly milquetoast and uninteresting, and occasionally stupid. When strange stuff starts happening in the middle of nowhere, who goes to collect firewood alone outside of shouting distance? James’s motivation for finding his sister goes in and out as needed and Allen McCune doesn’t really sell the anguish that would lead him to go on this quest. The standout is Hernandez, who believably fluctuates between freaked out and capable. She’s great in a scene that will make claustrophobes uneasy.

What does work about the movie is greatly overshadowed by the elements that conform to 20-year-old convention. The Blair Witch Project was seminal and still works today, Blair Witch is derivative and immediately dated.