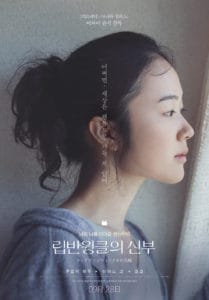 A juxtaposition of modernity and traditions, Shunji Iwai’s A Bride for Rip Van Winkle is a complex positing of ideas as a sprawling cinematic tome. It’s a journey of contemplation via deceit and the blurred borders of reality and manufactured experiences executed wonderfully in a maze of situations for Nanami (Haru Kuroki), an unwilling guinea pig as protagonist in a fabricated world created and influenced by her deepest reflective thoughts, inner doubts pushed forth out onto the digital ether with the rejoining by an association of tangible cast of role-players as the anonymity of online bleeds out into the real world.

Nanami gingerly navigates life as a meek, soft-spoken woman persistent in her acquiescence, whether it be within the confines of her part-time teaching gig or the traditional expectations of her as a wife. She rarely speaks up for herself or voices her opinions yet she does voice her concerns via social media, at times, posting ruminations of her existence and life choices behind a pseudonym. Coincidently, it is her online persona that is far more truthful and forthright than the way in which she presents herself in reality as her internet personality is nothing more than a fully-realized version of who she actually is.

It is these online posts of introspection that directly affect and influence the outcomes of her reality, for better or for worse, as an online acquaintance recommends and/or employs a network of individuals able to provide services and favors for a fee. It all starts with a hired group to play relatives at her wedding ceremony and, from there, this cast of characters interact with her with an objective in mind, unbeknownst to her, essentially becoming a supporting cast of play-actors in a play wherein the lead is oblivious of its production, guiding her along, righting perceived wrongs and rectifying numerous dilemmas. 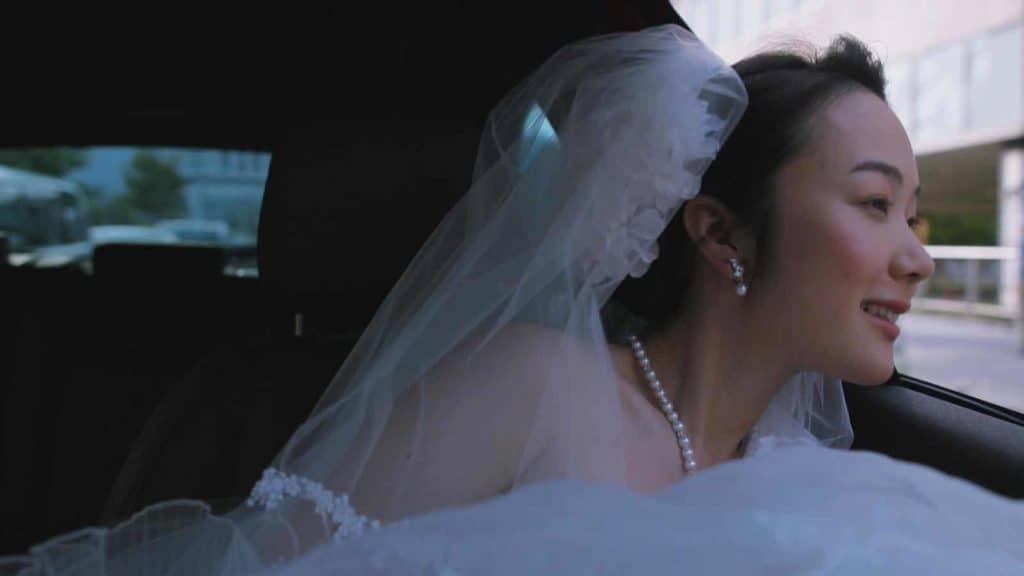 She has initiated this elaborate farce, even partaking in its production, yet she is unaware of how prevalent and far-reaching it has and will become. Every aspect of her life now warrants examination in that every aspect has been or could be nothing more than a ruse or a performance with a hidden agenda, the circumstances of her reality have been supplanted with manufactured interactions unable to verify or deem secure, well-meaning yet inherently manipulative.

The possibility of a falsity exists in everything, yet her actions remain genuine and sincere. She is the center of a large-scale economy of influence working endlessly and tirelessly on her behalf, or at least with a focus on her as she exists in some sort of state of ignorant solipsism. Her operating mode is that of concentrated naivete as she remains honest in all of her actions and all of her actions remain justifiable, never feeling the need to question the truth behind the happenings of others or the circumstances of her current position, she simply continues being herself regardless.

There is a certain sense of purity in her character. Deception and lies only beget honesty and sincerity – a ceaseless supply of care and consideration – on her part; even when much of what she receives in the beginning stages is suffering through misunderstandings. There is growth within Nanami during the film’s three-hour run time as her confidence blossoms with her meekness diminishing as she befriends Mashiro (Cocco) while the two work and live as maids in an ornate mansion yet through this growth her underlying morality always remains. 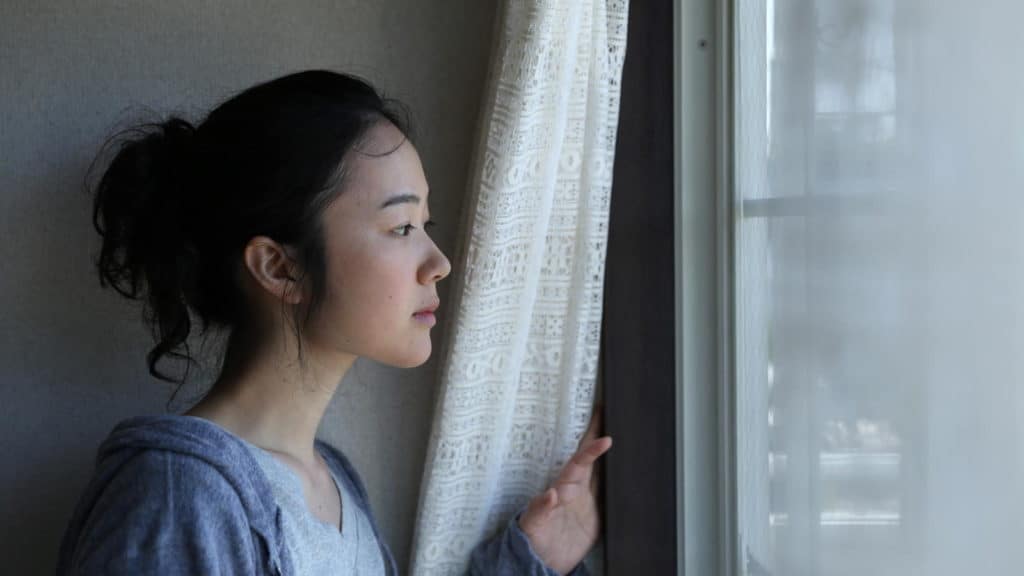 As compelling and absorbing as Iwai’s narrative is over the course of the film, Chigi Kanbe’s ever-shifting cinematography keeps the visual aspect of the film fresh and captivating for the duration. Alternately grandiose and intimate, graceful and workmanlike, it is just as sprawling as the narrative itself, employed through varying camera non/movements that suggest that the aesthetics of the film are evolving right alongside the narrative, concurrently; ever-adapting and shifting in light of or in reaction to the storytelling shifts in Nanami’s life. From shakily deployed verite to low-angled fixed to gliding apparition-like handheld, periodically injecting slow-motion or swirling 360° scans while incorporating surveillance footage and phone screens, A Bride for Rip Van Winkle contains it all.

Haru Kuroki’s portrayal of Nanami is one of the year’s best, handling all that is Nanami faultlessly to the point that Nanami and Kuroki are interlinked, Kuroki is Nanami and Nanami is Kuroki. She is the character at the center of A Bride for Rip Van WInkle, so much so that I don’t believe this film could exist with anyone else in its role, nor should it. She embodies the naivete, meek and withdrawn yet an endless source of gentleness and soft-spoken appreciation, while also infusing the project with an abundance of grace. 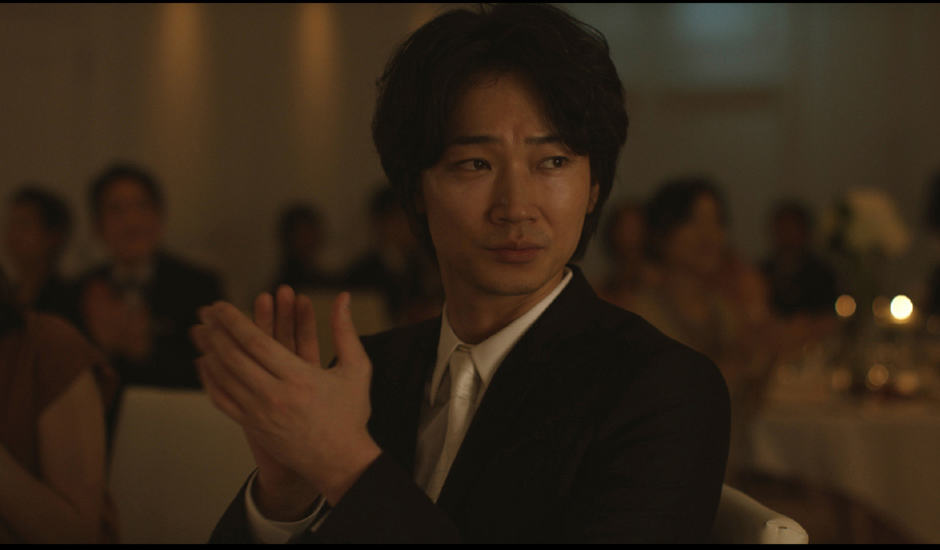 Cocco, as Mashiro, does not quite get the same opportunities to shine like Kuroki but she does, however, seize the small occasions she is afforded. Most notably, in (perhaps) the film’s most heart-wrenching sequences wherein Mashiro explains, in great psychological detail, her inability to withstand even the smallest display of kindness as the happiness it causes her is overwhelming. In contrast to the film’s runtime, it is a relatively small scene though its impact is profuse due to Cocco’s emotional delivery; each stifled tear, each overwrought gasp of breath driving home the poignancy while each repositioning of her clasped fingers, interlocked with Nanami, captures the complexities of the anxieties attached.

Iwai’s A Bride for Rip Van Winkle is timely and, yet in some ways, timeless. Sure, it deals in the complexities of modern times that are in conflict with the traditional expectations set forth by society but it also exposes the unavoidable task of role-play within our society. As if it is mandatory, as though everyone has to play the part of someone people are comfortable with; a performance that puts society at ease. A collective agreement in acquiescence, of maintaining the status quo because as Mashiro’s mother puts it, “nakedness is embarrassing.”

What is one to do, except to play their role?