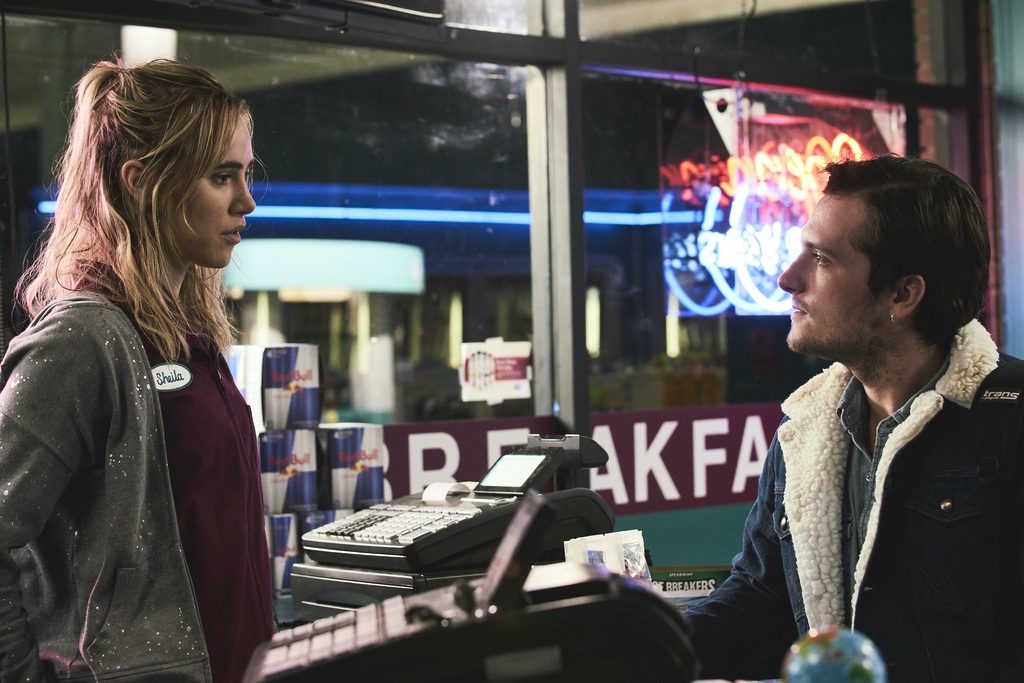 Burn, written and directed by Mike Gan, focuses the majority of its attention on Melinda (Tilda Cobham-Hervey). Physically, Melinda looks too young to be working, let alone in a gas station at night. That, coupled with her personality (in that she is way too nice), makes you want to shield her from the events that you think will unfold. The character of Melinda is layered, which Gan shows in public and private moments sprinkled throughout the film. She doesn’t need saving, because this film will not turn out like you think it will.

For the first part of the night, Melinda interacts with a fairly regular crowd of people. She talks to her crush, Officer Liu (Harry Shum Jr.), who is on his first solo shift. She works alongside her rude, outspoken coworker Sheila (Suki Waterhouse). And she tries her best to provide friendly customer service to each person she meets, even Billy, (Josh Hutcherson) who goes into the store under the guise of buying cigarettes. 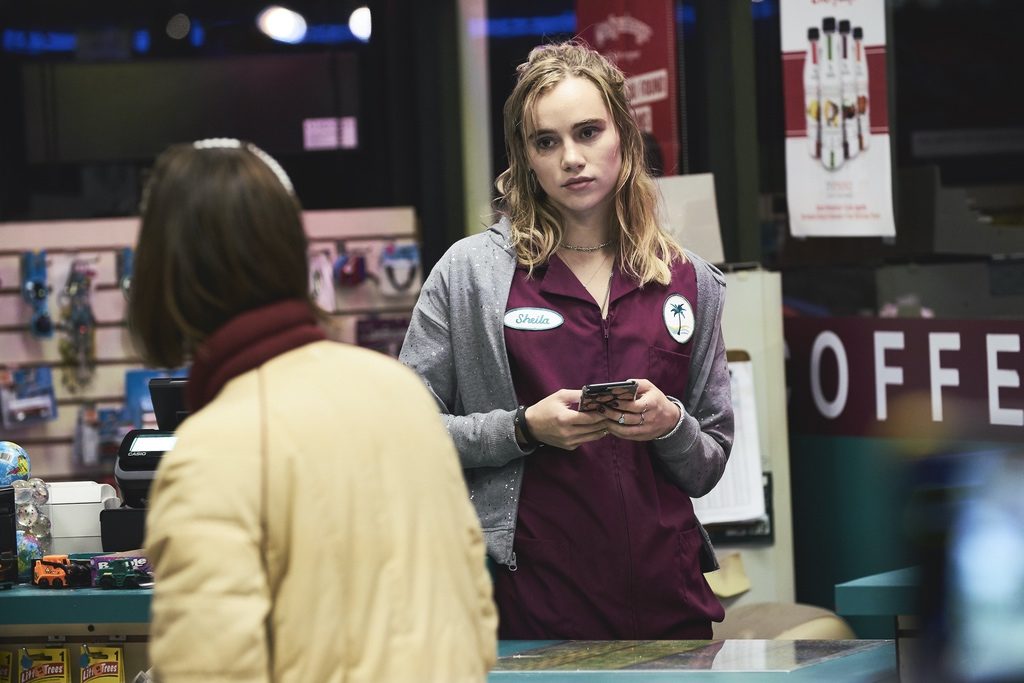 Eventually, Billy holds Melinda and Sheila at gunpoint, saying he needs money from the store’s registers and the safe to pay back bikers. Melinda tells him she can get the money in the safe, and shockingly, asks if she can go with him when he gives over the cash. Based on her reaction to the robbery, as well as from a few private moments we’ve seen of Melinda, there is something wrong with her, yet, Cobham-Hervey’s smile, and polite tone, are enough to fool you into thinking she’s okay. As the events of the film unfold, her emotionality cracks through, sitting at the surface of her interactions. It becomes harder to hide not only everything that’s happening in the store, but also whatever is going on with her.

The motivations of Billy are clear. Even when he’s trying to be nice, his impatience seeps into his dialogue. Hutcherson may be the driving force for people to see this film, given his popularity from The Hunger Games franchise, but this is certainly a far cry from that. Hutcherson plays sleazy and aggressive well, and like Cobham-Hervey, has the advantage of a young face, allowing him to look non threatening. Despite Billy’s motivations being clear, and Hutcherson being believable in the role, his character is one-note. Because his focus is so singular, the events so intense, it leaves little chance for an ark. The way he comes into the film is the way he will exit; we will never see him as anything else. 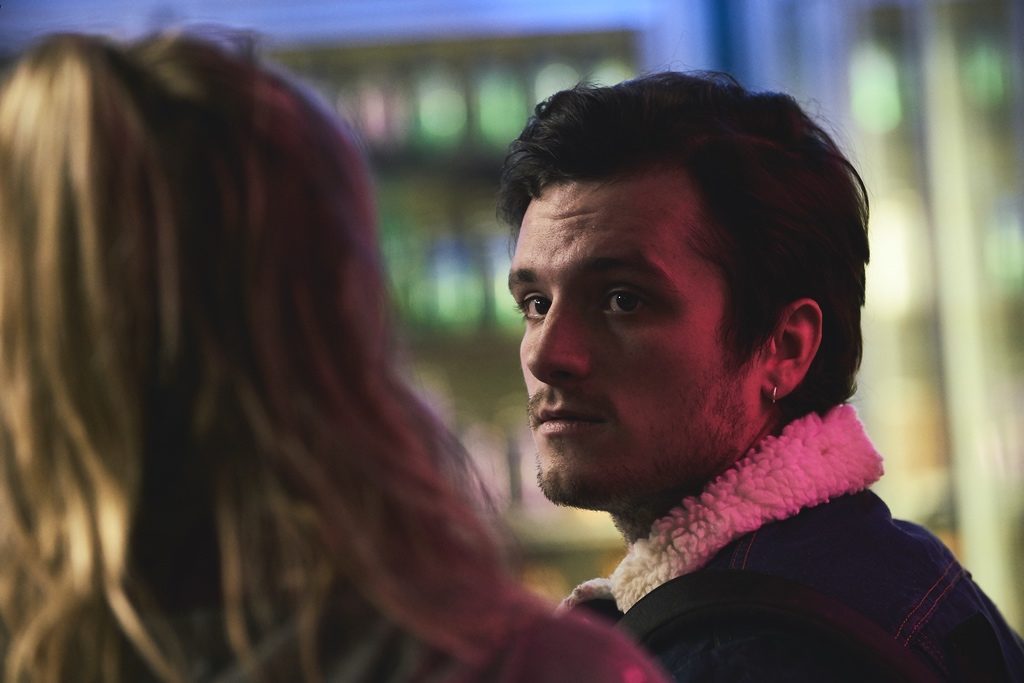 Though Melinda has quirks and layers, her motivations are less clear, and the ones that are, come off stereotypical, especially for a woman. The fact that men overlook her because she’s too nice, and she’s lashing out because she’s unsatisfied, are both reasons that too easily explain her behavior. She’s set up to be so unique, and Cobham-Hervey brings such a darkness, yet sensitivity to her, that to say she needs a man—and has picked the bad guy—simplifies her, making an atypical character, typical. The “whys” behind her pursuing Billy, behind her life being unfulfilling, would allow us to understand her behavior more, understand her more. The pieces of a great character are there, but seem to be missing the glue that satisfyingly pulls them together.

Though its characters need a bit more depth, Burn surprises you with its story and its intimate camera work. It’s worth going through the entire night shift, just to see how it will end.