IFC Films has released a new trailer for the upcoming thriller Swallow starring Haley Bennett as a seemingly content, pregnant housewife whose secret darkness begins to boil to the surface after she develops pica, a condition that makes people compulsively swallow inedible objects. The film is directed by Carlo Mirabella-Davis.

Swallow premiered at the 2019 Tribeca Film Festival and opens in theaters and on VOD platforms March 6th.

On the surface, Hunter (Haley Bennett) appears to have it all. A newly pregnant housewife, she seems content to spend her time tending to an immaculate home and doting on her Ken-doll husband, Richie (Austin Stowell). However, as the pressure to meet her controlling in-laws and husband’s rigid expectations mounts, cracks begin to appear in her carefully created facade. Hunter develops a dangerous habit, and a dark secret from her past seeps out in the form of a disorder called pica – a condition that has her compulsively swallowing inedible, and oftentimes life-threatening, objects. A provocative and squirm-inducing psychological thriller, SWALLOW follows one woman’s unraveling as she struggles to reclaim independence in the face of an oppressive system by whatever means possible. 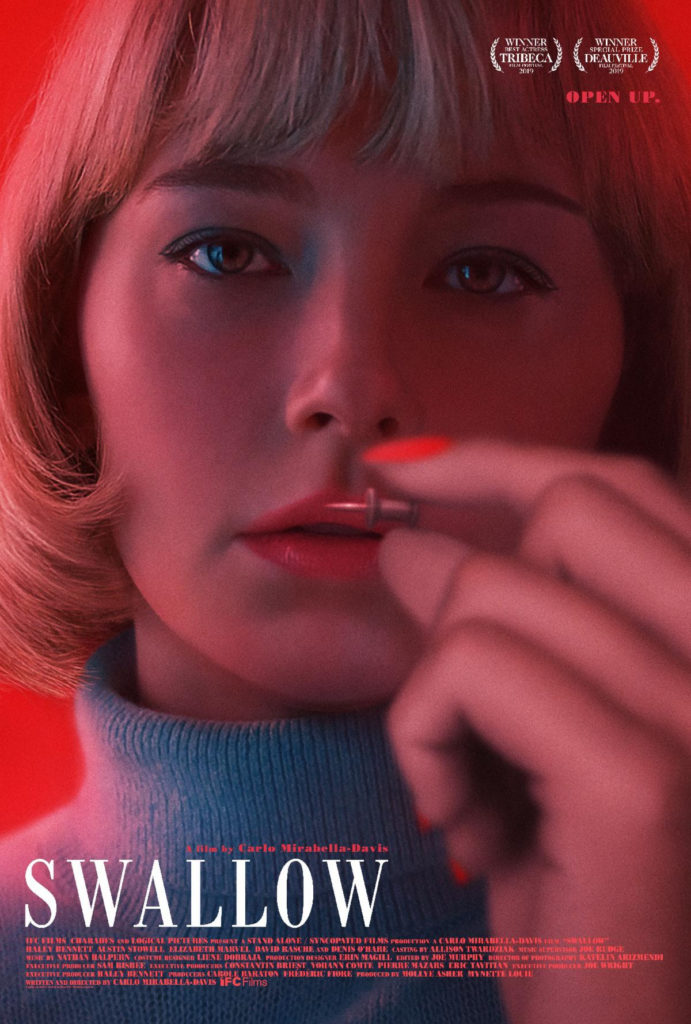