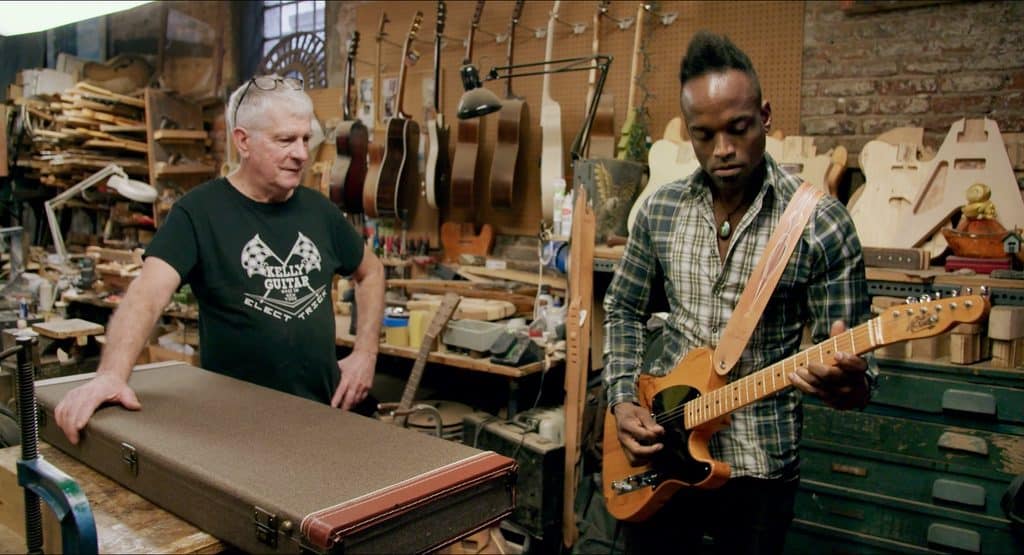 Collect some wood; take it to the shop; carve the pieces into a guitar; throw some strings on it; put it for sale; go home; get some shut eye; wake up; and do it again. It’s the life of Rick Kelly, founder and owner of Carmine Street Guitars, a small guitar store in the Greenwich Village neighborhood of New York City. He makes guitars by hand using only reclaimed lumber from the city’s old bars, churches, hotels and various other buildings. Rick calls it the “bones of old New York.”

Carmine Street Guitars preserves the Village’s old bohemian soul that’s been largely swallowed up by today’s high-cost housing. This adored little shop lures big names like Charlie Saxton (Bob Dylan Band), Captain Kirk Douglas (The Roots), Jim Jarmusch (Squrl) and many more. Thanks to one man’s old-fashioned passion, a community where music lovers can bond, can learn the lutherie craft and can shred their flat tops, lives right through an old sticker-studded door in the middle of West Village.

Character is half the enjoyment of CSG. Rick is a plain-old-T-shirt-and-jeans type of guy. No cellphone. No internet. He just breathes and makes guitars. It’s inspiring to see someone find true happiness for himself by bathing in simplicity. 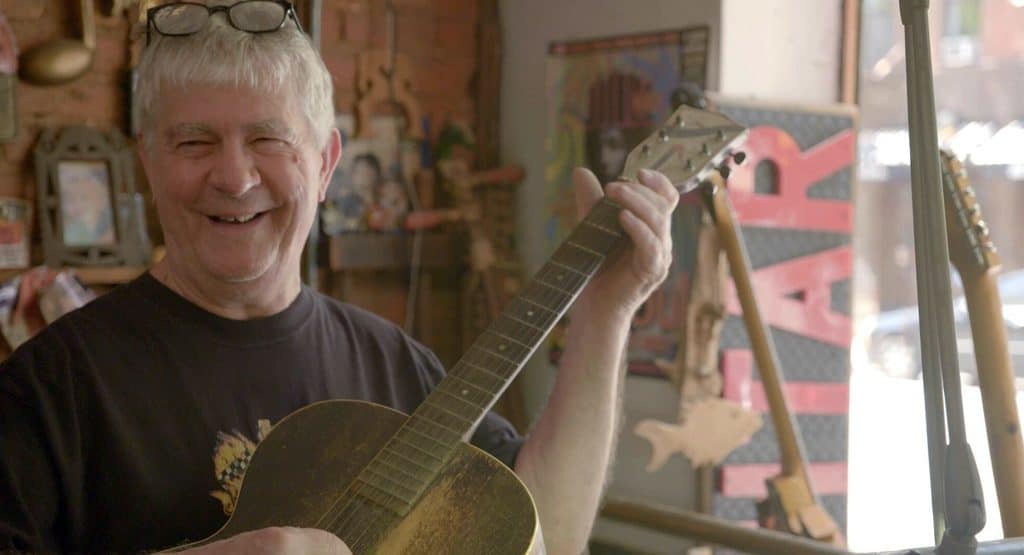 His mid-20s apprentice, Cindy Hulej, joined the team five years back, after she finished art school. While Rick’s craftsmanship is an exercise in simplicity, Cindy’s work pops out with intricate pyrographic design. Her black-clothed, silver-haired, indie nature is reflected in her badass wood-burn etches. Carmine’s third employee is none other than Rick’s mother, an older woman who keeps busy by answering phones, crunching numbers and dusting the shop.

Covering a span of five days, director Ron Mann, writer Len Blum and editor Robert Kennedy craft a compendious week-in-the-life story in a structure that was influenced by the work of Jim Jarmusch’s Coffee and Cigarettes (2003) and Paterson (2016). Mann’s documentary is as simple and straightforward as its lead character. There’s no need to sensationalize because the subject matter is engaging enough as it is.

Mann uses idle cameras, shooting shot-reverse-shot again and again to cover both sides of many conversations. Being a music-centric film, the importance of sound was stressed. Michael Guggino was a perfect sound mixer, having mixed for another guitar-making documentary, Musicwood (2012). In a 2018 question-and-answer session, Mann revealed that foley stages were used to recreate sounds, such as those of Kelly’s machinery, putting the icing on the acoustic cake. 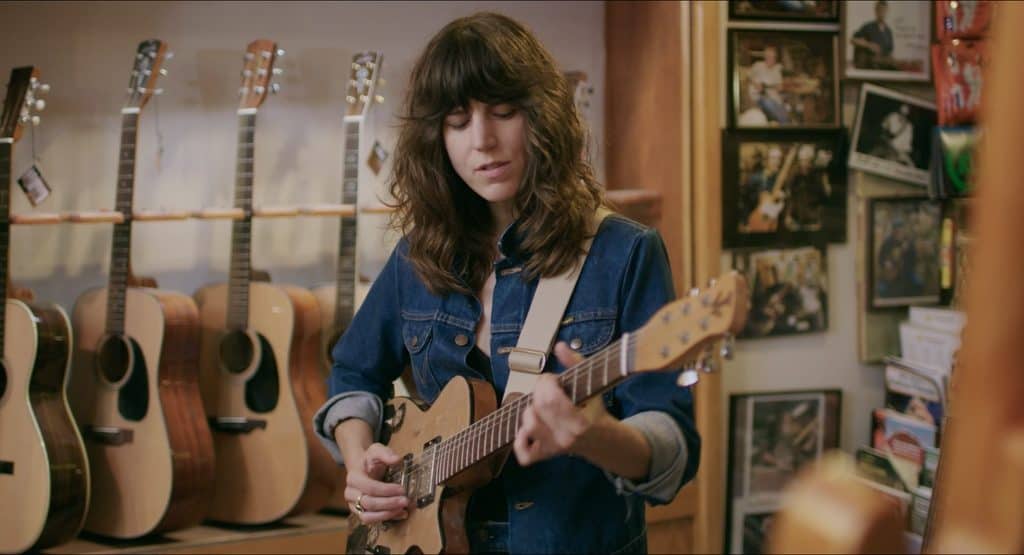 It’s hard to say what was written in advance of shooting and what naturally unfolded. In the opening shot, the camera tilts its way from the top of the building down to the storefront, and Rick enters right on cue. Certain shots that are clearly rehearsed, plus the heavy use of famous musicians, makes one question the legitimacy of some conversations, pushing the boundaries of nonfiction. But it makes no difference. This isn’t some kind of political argument that demands cold, hard facts but rather an exposition that relaxes our minds through a good-natured topic and humble characters.

A suit-and-tie investor breezes by the store, absorbed in his stocks-related cell conversation. Mann notes the clear dichotomy between the old and modern New York without ruffling any feathers. He just sticks to the gem before our eyes – a snug guitar shop parked in an 1827 brick building. You can smell the wood through the screen and the esprit de corps vibrating off the workers and store regulars, making one darn relaxing and feel-good flick.