Twitch has posted this awesome fan made Street Fighter X Tekken short film, and it honestly puts all the big budget entries in the franchises to shame (yes, there is a live action Tekken movie).

In the short, we It's amazing how Fox News can spin anything, even a children's film, into what they call "left-wing propaganda." Lou Dobbs proclaimed that The Secret World of Arrietty and The Lorax were just two more films that Hollywood is using to "once again With Valentine’s day approaching, you may find yourself in the difficult position of having to watch a romance with your significant other.  With a seemingly endless pile of wretched romantic comedies and sappy love stories, how do you pick

I had the opportunity to see all the nominated best shorts for animation at a screening last night, and while they were all very good, Pixar’s La Luna was the stand out of the five. In true Pixar fashion, the film was 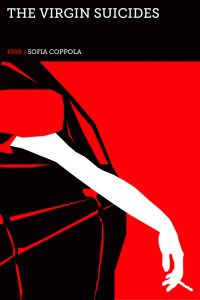 If you’re as into movie posters as I am, than you absolutely have to check out this site which contains hundreds of awesome minimalist posters.  In many of the cases the site provides The Tarantino Archives have released Quentin Tarantino’s favorite films of the year.  There are definitely some surprises on this list so check them out and let us know how you feel.

It’s especially interesting that The

We’ll be live blogging our thoughts on this year’s Golden Globes as they happen so stay tuned, we’ll be starting when the show begins at 8:00pm EST. Check after the break for coverage.

Below are our picks for the Golden Globes tonight.  Listed are the nominees in each category followed by who we want to win and who we think will win.  I would also like to note I’m a bit upset that Tinker Tailor Here’s my list of most anticipated films of 2012 in no particular order. I’m sure there’s probably some I missed so make sure to check out Kevin’s list as well.
1. The Dark Knight Rises As some of you may know, I’m a huge horror movie fan and as I compile my list of best movies of 2011 I realize that there are some great horror movies that simply won’t make it to the list so I

Welcome to FilmPulse.Net, a brand-spanking new film blog that brings you the latest news and reviews from the world of cinema.  Please check back often as we polish up the site and get things up and running and please visit the contact