FacePalm – Cage Wants To Do Sequel

Nicolas Cage recently participated in a web chat for Empire where he answered questions from fans. During the Q&A he was asked if there were any characters that he would like to revisit. Cage answered, “I would like to hook up with

The Comedy (Clip) from Rick Alverson on Vimeo.

‘The Comedy’, the new comedy/drama from Rick Alverson was presented at Sundance by Rough House Pictures, the production company headed by David Gordon

Here is the new trailer for the new Greek film ‘L’ from Babis Makridis, co-written with Efthymis Filippou. Filippou, you might remember, also shared writing duties with Giorgos Lanthimos

‘V/H/S’ Picked up by Magnolia- Side Effects Include Fainting, Vomiting

After a screening at the midnight showcase at this year’s Sundance Film Festival, V/H/S is the first horror movie picked up this year and will see a VOD and large theatrical release this October.  Apparently, the film made one 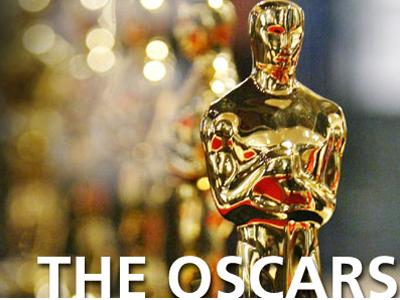 
The full list of nominations for the 84th annual Academy Awards was posted this morning, and as one might expect there are some surprises. Hugo picked up the most noms with 11, with The Artist coming in a close second

The Weinstein Company and Relativity Media have settled a lawsuit over the rights to a remake of ‘The Crow’. It seems like both companies are going to join forces on the upcoming film. This news has me yelling Hurray! in the most Rewind This! is an upcoming documentary by IPF Productions, which chronicles the legacy of VHS and the resurgence of fans of the format. The filmmakers created a kickstarter project to get funding for the doc and already surpassed their $15,000 goal by

‘Jeff, Who Lives at Home’ Trailer

‘Jeff, Who Lives at Home’ is the latest film the Duplass Brothers, directors of ‘Cyrus’ and ‘The Puffy Chair’. Their latest is about, easily enough, Jeff (Jason Segal) who lives at home with his mother, played by

‘Side by Side’ Trailer

Here’s the new trailer for the upcoming documentary Side by Side, which takes a look at film-making and the evolution of the cameras used to make what we see in theaters.  Keanu Reeves sits down with some of the most influential and

Here’s the newest trailer for the Elizabeth Olsen horror remake Silent House.  Not only is this a really good trailer, but the film takes place in real-time as one long take, no cuts.  Although this may sound like a gimmick, I’m sold.

We reported late last week that Chris Evans signed up to be the lead in Joon-ho Bong’s Snow Piercer.  Well, we just got some more good news about this film, it appears Tilda Swinton and Jamie