I may be alone, but I did not like this film.  Seeing Silver Linings Playbook ‘A Glimpse Inside the Mind of Charles Swan III’ Review Everyone knows that December 26, 2004, was the infamous day when one of the world’s deadliest Kathryn Bigelow’s Zero Dark Thirty is a film that has garnered more attention than possibly any other film this year, whether it be for better or worse. From those criticizing the depiction of torture, or how accurate it is, or the Senate’s investigation into the film, it seems that everyone is weighing in on this one. Setting all the buzz and talk aside, is this a film worthy of being on so many top ten lists and the most certain awards nominations that it will likely receive? The short answer is yes, yes it is. ‘John Dies at the End’ Review

When I first heard that Don Coscarelli, the director of Phantasm

Movie musicals have always been a tricky business.  To be successful, the production has to fully commit to an Django Unchained marks the eighth feature film from director Quentin Tarantino, and is easily one of the best movies of the year. Tarantino proves once again that he is a master filmmaker, and nearly every shot of this 165 minute near masterpiece oozes with style and technique. Before delving into the review of Jack Reacher, I must first preface that I have not read 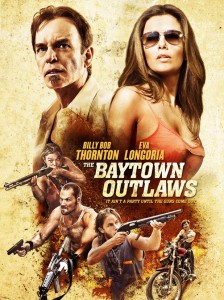 I know nothing about Barry Battles who directed and co-wrote ‘The Hobbit: An Unexpected Journey’ Review Michael Haneke’s most recent achievement is a wondrous film entitled Amour, i.e., “Love.” It is with love that I watched the film and with love that I write about it now. For Amour, the acclaimed Austrian director picked up his second Palme d’Or at the 2012 Cannes Film Festival and the Best Foreign Language film award from the New York Film Critics Circle this week. The film is Austria’s official selection to the Academy of Motion Picture Arts and Sciences, and I believe it has a strong chance of receiving the Oscar as 2012’s Best Foreign Film.