A new trailer has been released for the upcoming horror film Dementer from director Chad Crawford Kinkle (Jug Face). The film stars Katie Groshong as a woman who gets a job as a caretaker at a special needs center after escaping a cult, but believes one of the residents may be targeted by a malevolent force. The film also stars Stephanie Kinkle, Brandy Edmiston, Eller Hall, and Larry Fessenden.

Dementer will be premiering at this year’s Nashville Film Festival on October 10th.

Katie (Katie Groshong, A Measure of the Sin, Jug Face), a young woman determined to do something positive with her life after fleeing from a backwoods cult, takes a job at a center for special needs adults. Desperately attempting to live a normal life, she is overwhelmed by signs that “the devils” are after Stephanie (newcomer Stephanie Kinkle), a woman with Down Syndrome that she now cares for.

Using writings from a strange notebook, Katie creates rituals to ward away the evil while taking care of Stephanie at the center and in her home. But nothing seems to work, and Stephanie is becoming sicker with each passing day… 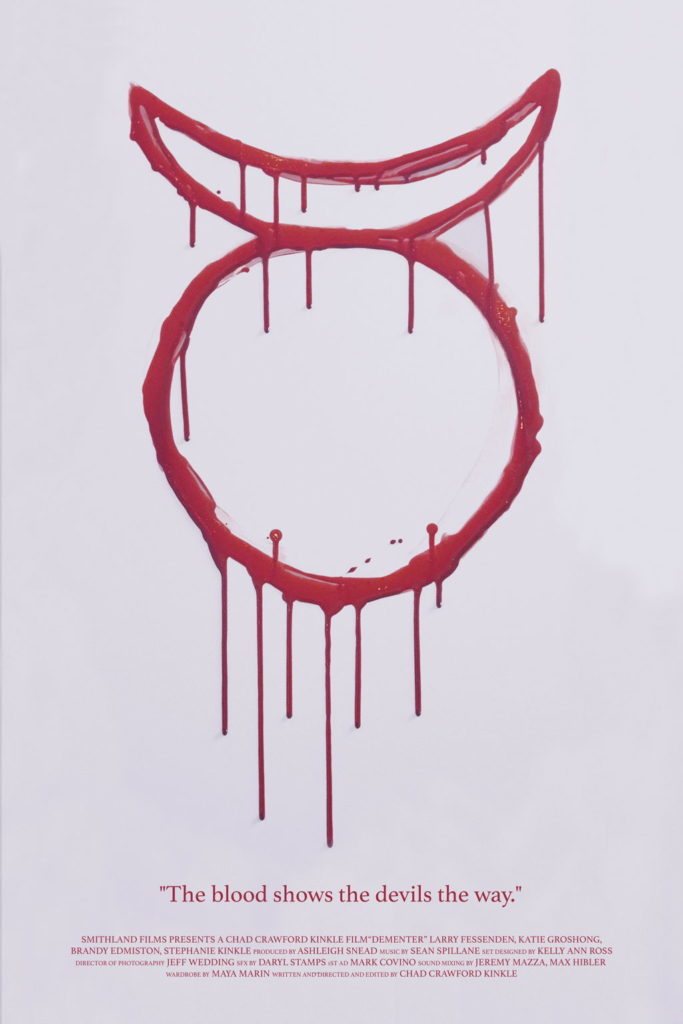