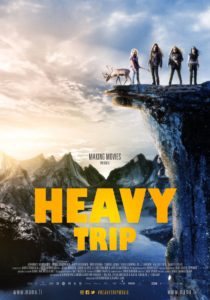 This is a repost of our review from Cinepocalypse 2018. Heavy Trip opens this Friday.

“Charming” may not be an expected descriptor of a film that includes grave robbing, projectile vomit, a reindeer slaughterhouse and a metal band named Impaled Rektum, yet it’s applicable in this case. Heavy Trip, a Finnish comedy from first-time feature directors Juuso Laatio and Jukka Vidgren, contains all of those weird things and also a lot of heart.

The story of loveable outcasts finding their niche, in part on a wacky road trip to a climactic shining moment, may not be new, but this journey is a unique and entertaining one. It’s great fun that’s a perfect fit for a festival like Cinepocalypse 2018.

Metalhead Turo (Johannes Holopainen) passionately belts out covers in the basement of a bandmate. He’s also an introverted softy, pining for flower shop worker Miia (Minka Kuustonen) and working as a dutiful orderly in a mental hospital. Laatio and Vidgren give all four band members an authentic affinity for metal while also smoothing out hard edges.

Drummer Jynkky (Antti Heikkinen) is the wild man; bassist Pasi (Antti Heikkinen) has an encyclopedic knowledge of his craft; and guitarist Lotvonen (Samuli Jaskio) shreds cords and also shreds reindeer at his family’s slaughterhouse. All are likeable with distinct personalities. 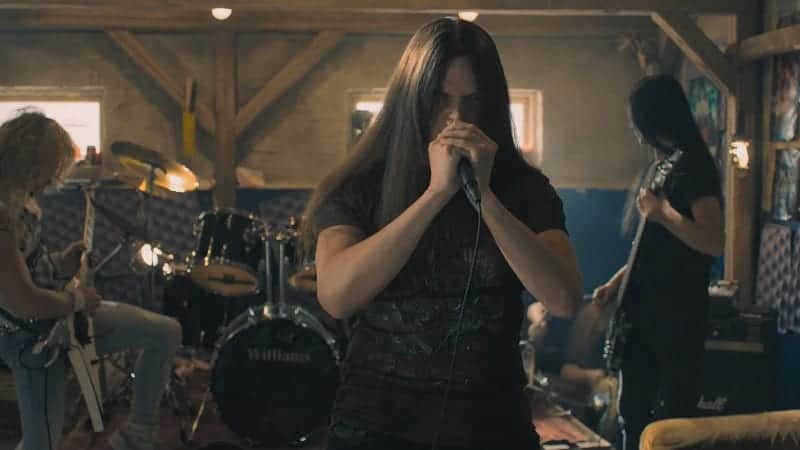 After jamming in anonymity for years, the group catches a potential break when a festival promoter comes to the slaughterhouse searching for blood. He leaves with the group’s demo. The rumor mill of their small village quickly elevates the boys to celebrity status based on a gig that may or may not actually exist.

Authenticity of the characters is mirrored by the setting, a picturesque, nicely photographed, middle-of-nowhere town that offers simplicity and comfort and also its share of obstacles. Turo’s townie bullies change their treatment of him when he gains rank in the community, though fame isn’t what ultimately diffuses the hostility.

Turo’s response to his hecklers when called a slur is to share a message of inclusion instead of superiority. It’s smart, sly writing like this, playing with expectations and spreading positivity, that makes Heavy Trip so fun to watch.
The comedy is consistent, though it’s not just a string of setup/punchline scenarios. It’s the characters reacting to and riffing on situations, often gloriously extreme, that provide the payoffs. Even the life lessons of death – in a possible ode to This is Spinal Tap – are fodder for effective situational humor. 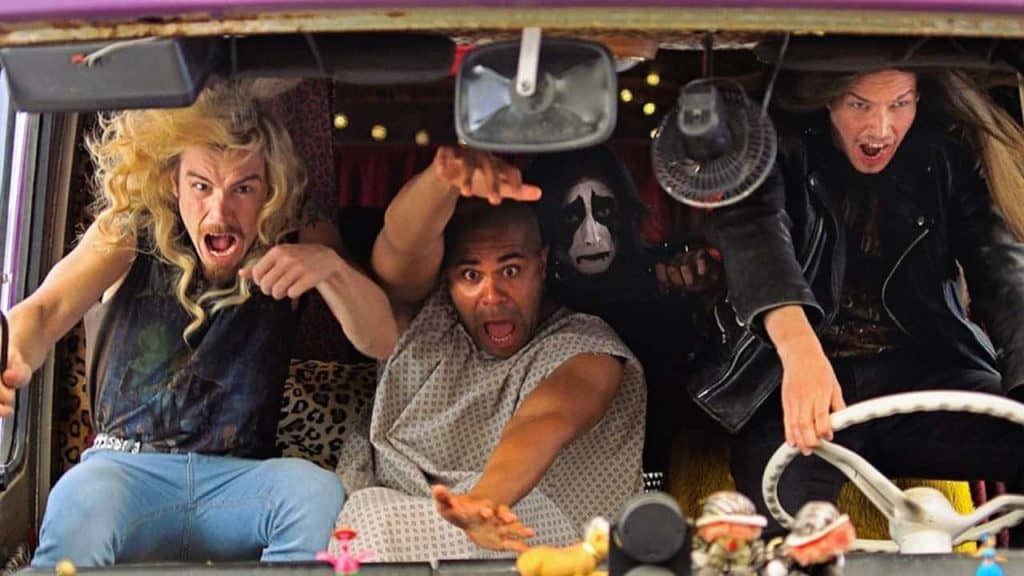 The spoof goes a little too madcap during the actual road trip to the festival, which comes after some lethargic pacing at the tail end of the second act. A border fracas with Norwegian military is a bit of an abrupt tonal leap, though the Blues Brothers nod is punctuated by a great line from Pasi while sporting KISS-inspired makeup.

The good times far outweigh the bummers in this wild, heavy-metal comedy that honors the music – Impaled Rektum’s original headbanger going up to 11, for example – and the community, including a spurning of conformity and authority. The fine messages about individuality, acceptance, and following your passions are wrapped up beautifully with a wise proverb about shitting your pants.