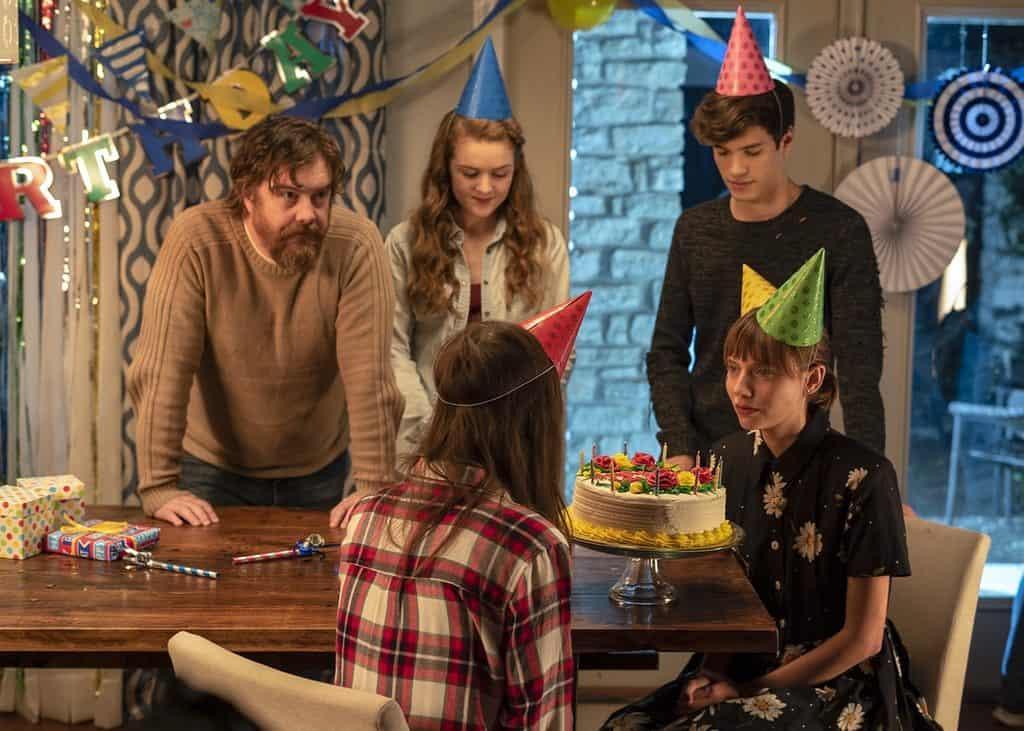 Kindred Spirits makes its world premiere at Cinepocalypse on June 16.

Lucky McKee’s Kindred Spirits is somewhat of a companion piece to the director’s stunning 2002 debut, May, which is one of the best horror films of the 2000s. Both track the deterioration of a disturbed, wounded character whose shunning, or perceived shunning, leads to disaster. The new film never reaches the highs (or lows) of May, but it has an entrancing quality that’s never dull.

While McKee’s earlier film dabbles in dark comedy before turning very disturbing and very sad, Kindred Spirits maintains a lighter, ethereal vibe throughout, which makes its eventual violent outbursts and revelations jarring for different reasons. Strong performances and a tone that seamlessly blends the mundane with danger bubbling underneath hold it all together, despite some final-act coincidences that are hard to ignore and some out-of-place Hitchcock facsimiles. Fairytale imagery, including very literal costuming, and a great dreamy score from Joe Kraemer add intrigue to the interpersonal relationships that are set on a course to ruin and despair.

Single mom Chloe (Thora Birch) and smart, free-spirited teenage daughter Nicole (Sasha Frolova) have seemingly carved out a decent life and maintain a mostly healthy relationship aside from usual quarrels. Their lives get more interesting when Chloe’s younger sister, Sadie (Caitlin Stasey), arrives unannounced at their nice, suburban home after being incommunicado for a year. 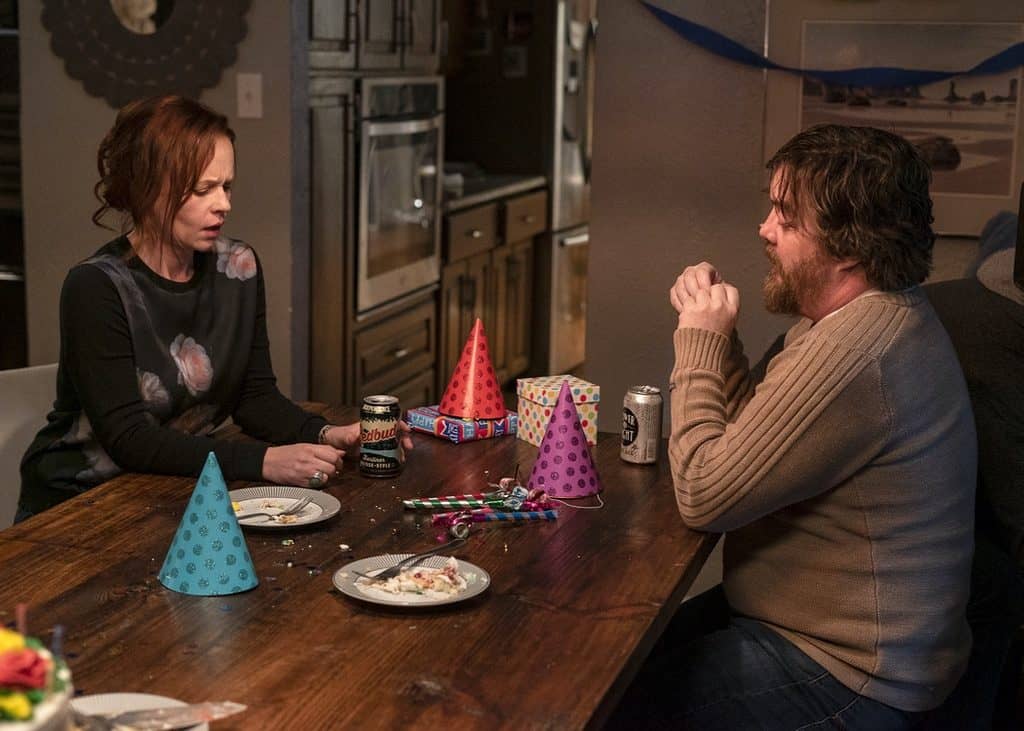 Sadie’s freewheeling nature and youthful exuberance, traits shared with Nicole, at first seem to inject life into the family before deep-seated trauma manifests, threatening Nicole’s relationships with her best friend, Shay (Shonagh Smith), and boyfriend (Isai Torres), as well as Chloe’s clandestine affair with Shay’s separated father, Alex (Macon Blair). Birch and Blair’s low-key chemistry, with him calmly pushing for a more public romance and her hesitation, is a highlight and emblematic of McKee and screenwriter Chris Sivertson’s delicate yet palpable pushing of their characters’ mindsets and intentions.

Stasey’s character expresses repressed suffering that meshes the “cool aunt” persona with flakiness and, eventually, scheming existential menace. Sadie is fun and harmless until she’s not, and Stasey hits the right notes throughout that arc. An early scene where she plays-up being mistaken for a high schooler at a party could be seen as harmless messing around, but later interactions, especially with Nicole’s boyfriend, reveal that she’s really just messed up.

It’s not all smooth sailing, as Kindred Spirits struggles to generate suspense in the final act with several brightly-lit settings and a failure to capitalize on ticking-clock scenarios and desperate attempts to cover up wrongdoing. There’s also a lack of real surprises once we realize the depth of Sadie’s boilerplate issues.

The end comes quite abruptly, quickly undoing some interesting swerves and failing to completely connect the current happenings with a recurring flashback; but, ending how it does also encourages reflection on the understated, slow-moving plunge into sudden, sick chaos. The solid cast and McKee’s assured direction make it a tumble worth taking.