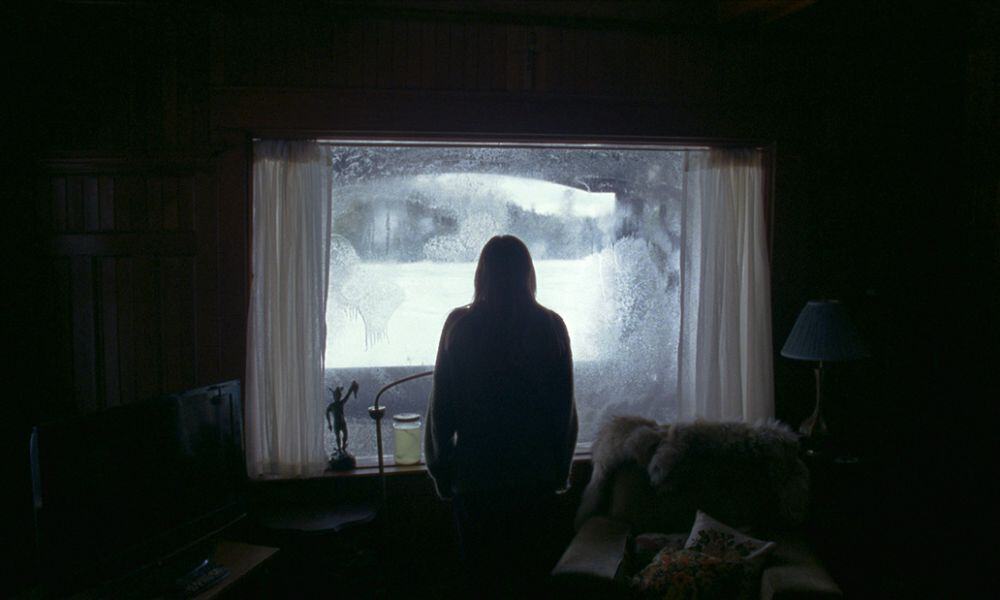 This is a repost of our review from Cinepocalypse 2019, The Lodge is currently playing in New York and Los Angeles and opens in more cities Friday.

A psychological horror tale in the vein of The Witch and Hereditary, The Lodge has the atmospherics — but not the depth or distressing effect — of its contemporaries. It also relies on plot swerves that are underdeveloped, inane (and very hard to accept) attempts to emphasize shallow themes involving faith, grief, familial bonds and emotional programming.

The silliness and starkness don’t mesh, leaving the snowbound slow burn a muddled experience that left me cold but not chilled. 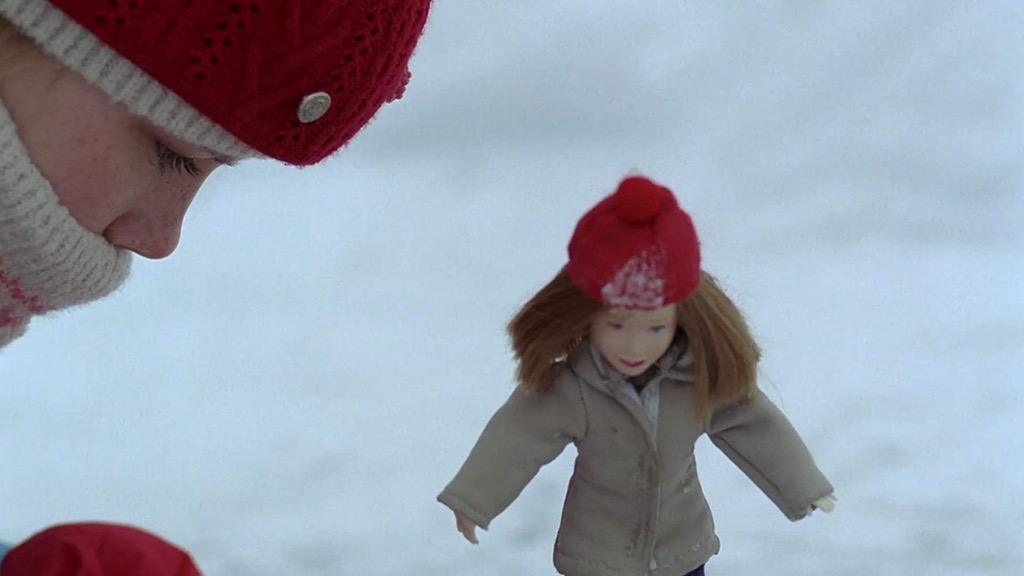 Tension is present early, with directors Severin Fiala and Veronika Franz painting a portrait — with little dialogue — of a broken family. Richard (Richard Armitage) tells estranged wife Laura (Alicia Silverstone, great in a small yet important role) that he wants to finalize their divorce so he can marry girlfriend, Grace (Riley Keough). The news has more than the usual disastrous fallout for the couple’s children, Aiden (Jaeden Lieberher) and Mia (Lia McHugh).

Slow tracking shots through sparsely decorated hallways and Mia’s very detailed dollhouse do a fine job of portending doom. Grace is introduced as a mysterious figure, initially seen and heard from the POV of the resentful kids through frosted windows, as if some kind of alien entity responsible for the destruction of their family. There’s palpable conflict before we even see them together.

Richard’s bright idea to get Grace and the kids to bond is to go to the family’s remote cabin in the snowy woods for the holidays and then leave the three alone (without a vehicle) for a few days when he heads back to work. The choice is especially curious, considering Grace is the only survivor of a cult, who was left alive to record the group’s mass suicide when she was a child. The kids are certainly concerned, as they’ve done their online research of Grace’s past; Richard doesn’t question anything, even Grace’s clumsy attempts to conceal her prescription bottles. 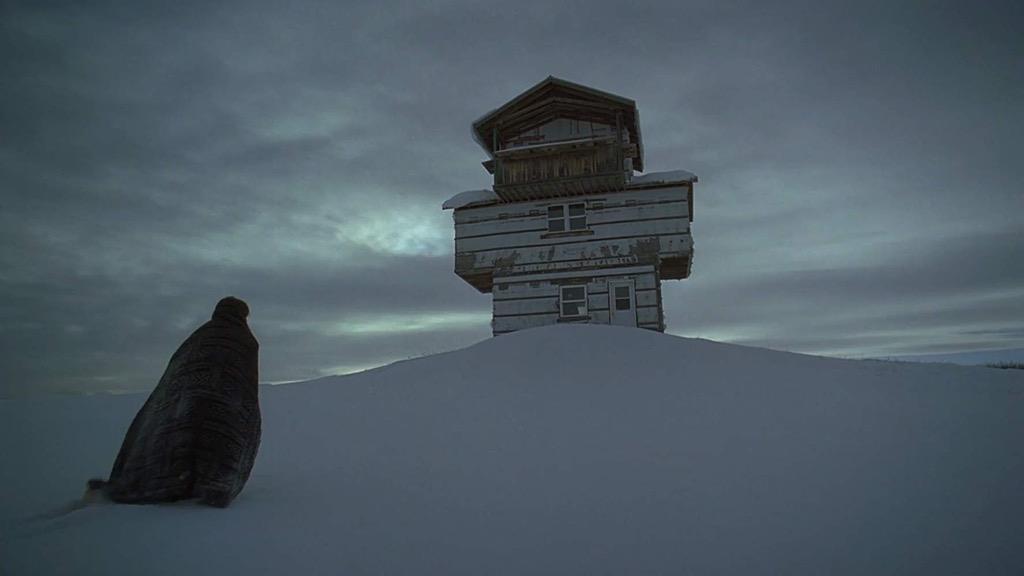 Then we get isolation horror tropes not dissimilar to Fiala and Franz’s Goodnight Mommy, just lacking the ick and creep factor of that film. Standalone images or sequences — both real and imagined, like a slow drop through a frozen lake and Grace’s cult flashbacks — create an air of dread, but the quiet bleakness between stand-out moments deadens their impact.

The building lacks cumulative effect, the film slowing down often and then attempting unsuccessfully to create more suspense with the same tricks. Religious artwork “speaks” to Grace many times; the sudden loud organ music works as a jump scare the first time, but repetition bogs The Lodge down. Just to punish us further, the trio watches John Carpenter’s The Thing to remind us of a much better snow-set chiller.

Riley Keough’s performance is a powerful one in search of purpose. Grace is interesting from within the monotony, going from quiet yet genuine attempts to form bonds with her future stepchildren to a woman desperate to quiet the voices in her head and hold herself together in order to keep everyone safe. There’s a subtlety to her smiles and panics that elevate the thin material. She rises way above her religiously and emotionally confused — and aptly named — character. 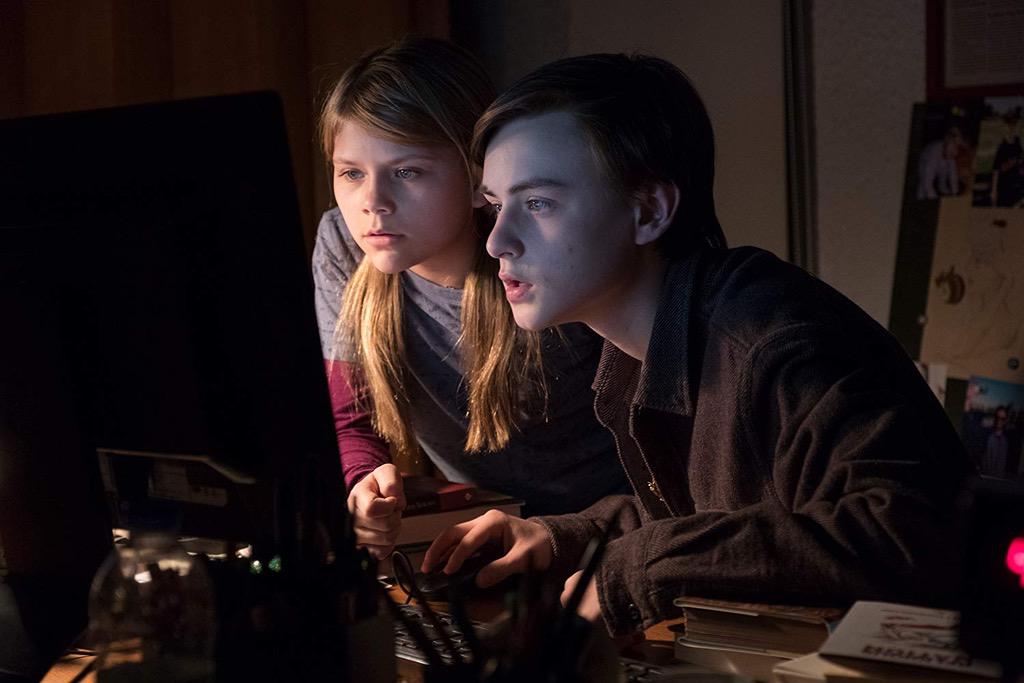 The reasons leading to Grace’s desperation are where The Lodge completely falls apart. We’re required to wait for something significant to happen, and hinging surprises on ridiculous answers for the predicament destroys any mood that was left. A wonky, poorly handled plot development is the movie’s most memorable trait. It doesn’t really work thematically, and doesn’t work at all logistically.

Yes, things get grim and there are shocking visceral occurrences, but The Lodge doesn’t consistently put in the legwork to make the gloominess stick.