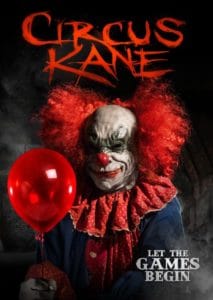 There’s a much-hyped horror film featuring a monstrous clown releasing this week, and there’s also Circus Kane hitting VOD. The low-budget schlocker has its handcrafted charms, but the production is penny wise and pound foolish. Instead of completely embracing the simplicity and having fun, Circus Kane becomes cluttered with genre references and strings out a lame reveal we couldn’t possibly care about and doesn’t even really matter.

A prologue introduces us to Balthazar Kane (Tim Abell), a once-popular ringmaster who was forced from the circus biz. Looking to resurrect the “Circus Kane” in the present, he invites several members of the horror community – bloggers, a memorabilia dealer and the like – to a haunted house, and, in true House on Haunted Hill style, anyone who makes it through will earn $250,000. For some reason, the participants are more excited than scared or desperate, even after being knocked out by gas en route to the secluded location, although they soon realize the seriousness of the situation.

At first, Circus Kane seems to be purposefully spinning a jokey yarn before lining up these naïve aficionados to be dispatched in gory fashion. The participants are established quickly and clearly, although way too much time is given to the annoying collectible dealer (Ted Monte), who isn’t funny (or pathetic) enough to laugh at nor grating enough to root for his demise. 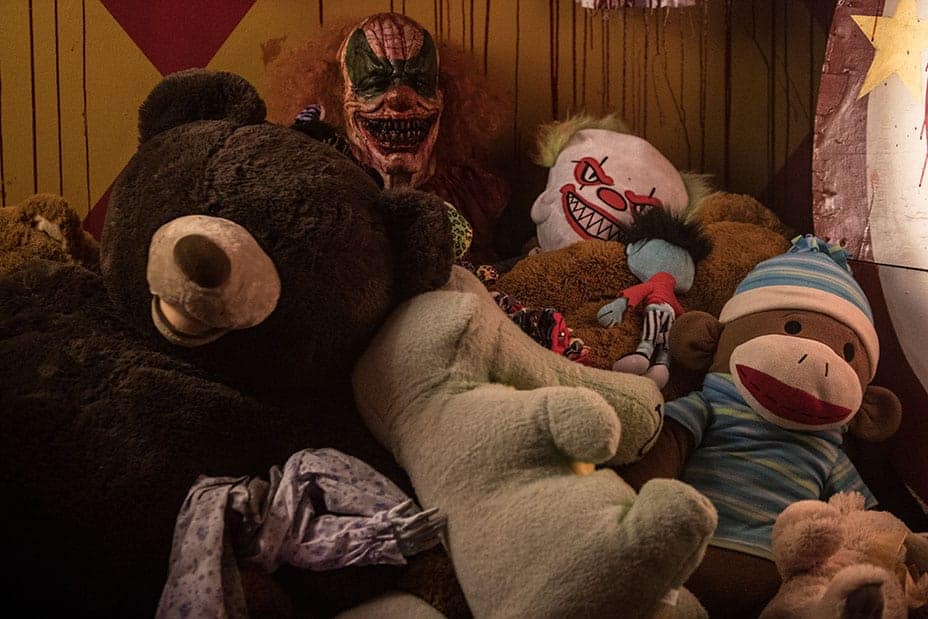 As tough girl “Roxy,” Erin Micklow best straddles the line between humored and horrified, a vibe the film strives for but doesn’t achieve. Victoria Konefal is also convincing as the final girl who’s recounting the whole story to indifferent detectives. Her thousand-yard-stare and shrieks would work well in a better movie.

Top billing goes to Jonathan Lipnicki, and, to its credit, Circus Kane goes nearly a full 80 minutes of an 88-minute runtime before making a Jerry Maguire joke. There are plenty of other allusions and direct mentions that grow tedious, however. In addition to the Haunted Hill setup, it’s hard not to be reminded of Killer Klowns from Outer Space, Saw and many others.

Abell is interesting as Kane in the prologue, though during the opening and especially later on, he and his minions look and feel like rejected extras from a Rob Zombie production. In the fleeting moments when Circus Kane works, the minimal production design stands out. A gooey severed head is suitably gross and a plain room featuring wrapped severed limbs hanging from the ceiling has potential to rise above the generic haunted house ambiance. 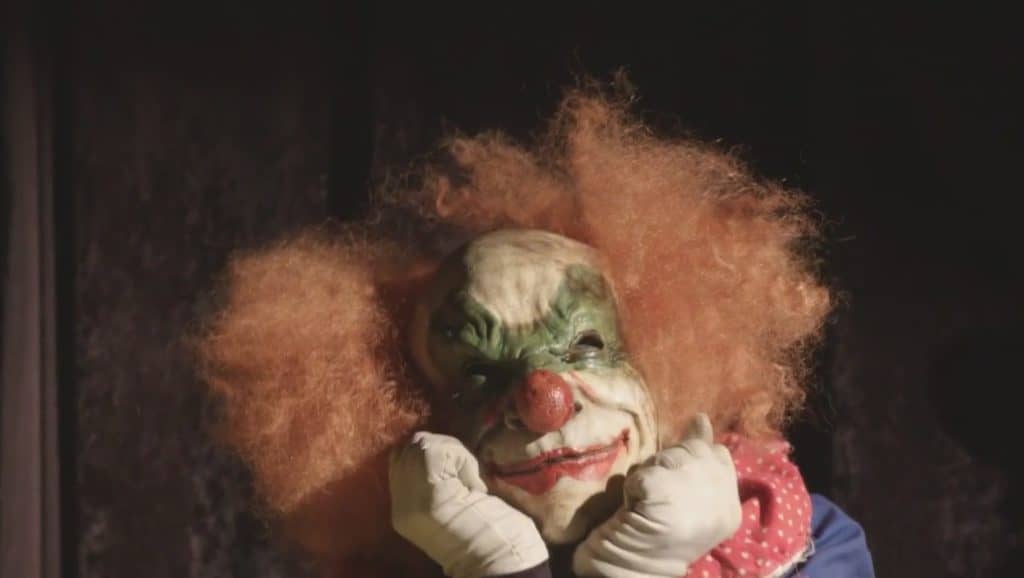 Unfortunately, the huge creepy mansion’s interior is reduced to just a few insignificant set pieces, two of which split up the group and grind the action to a halt through extended inactivity.

A few buckets of blood seemingly thrown onto the performers from production assistants standing just off-camera add occasional delight through practical composition, but that kind of amusing spirit is mostly absent.

Failing to stand on its own outside of its influences, Circus Kane is the worst kind of contrived genre trash: it’s pedestrian.