“There is a space where a woman sits in sunlight. There are others in this space, not all of them friendly. In another space, two radio operators latch onto a signal of mysterious origin. A song is sung and heard. It will be the last song sung.”

The film was made over a period of two years. There was a lot downtime between shoots.  Everyone involved, myself included, were busy with other projects, other lives, other jobs. It took a good deal of focus and trust to keep popping back in sporadically to assemble a film so singular and so strange. Not to mention maintaining our lead performer’s haircut.

I get inspired by physical spaces. The whole film was shot, with two exceptions, in and around one large and cavernous building that was formally a textile factory. You could sense the history in the stairwells. It always felt in-between time there. That and I had read an article about UBV-76, which is a mysterious shortwave radio signal transmitted from a Russian swamp that no one claims ownership of.  Gwyneth Anderson (the lead performer and animator) and I had collaborated on previous projects and this became the perfect vehicle for us to create this new world. 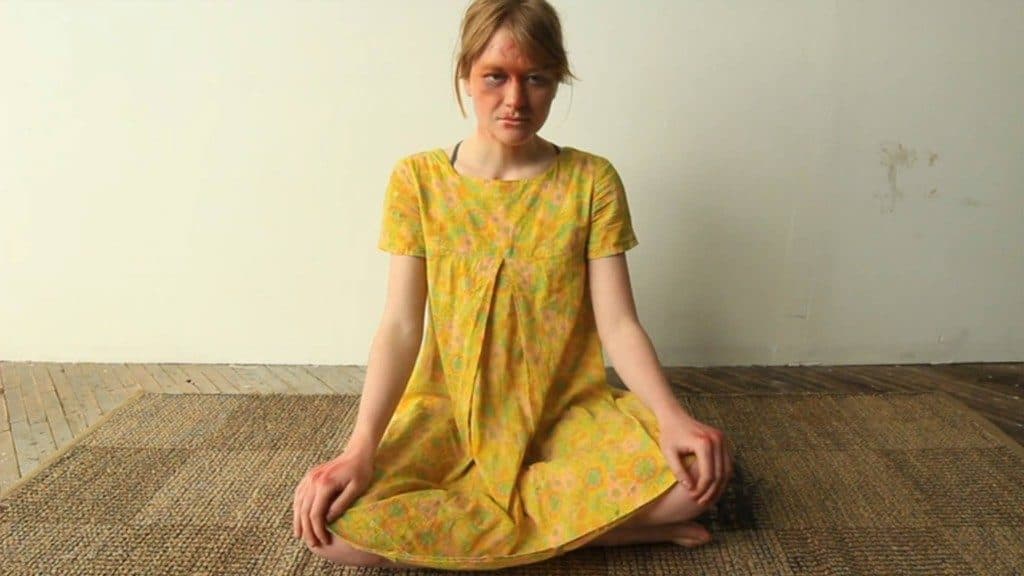 For this piece, the writings of Tim Powers and Laird Barron were never far from my thoughts. They’re masters of mood and of characters who find themselves unmoored from temporal planes. Jean Rollin’s film “Night of the Hunted” is a stark and haunting reverie of movie that made its presence felt in the final product. I saw it years before and only once but it has never left me.

I hope people take away an unshakable image, a feeling, a memory. It’s all any artist could ask for. I hope the audience enjoys it and bites into a pear every time a character on screen does. 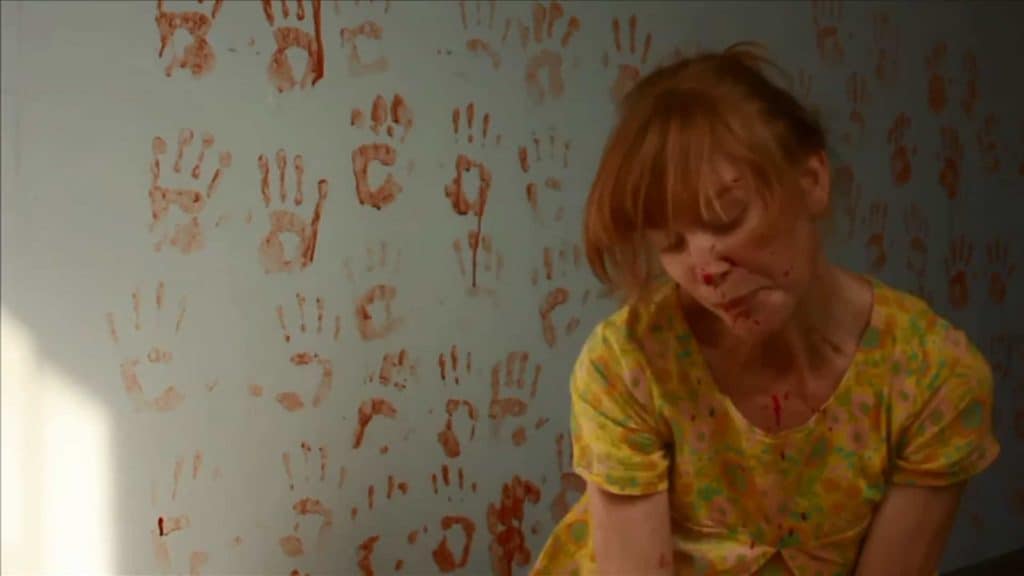 What’s your personal takeaway from this production?

I couldn’t be more happier with the end results. Instinct is 90% of the process. You have trust it. If you do, others will too. Don’t over-explain, just outline the scene, however nebulous, and make it move. It will go in directions you could never have planned. It did for this film.