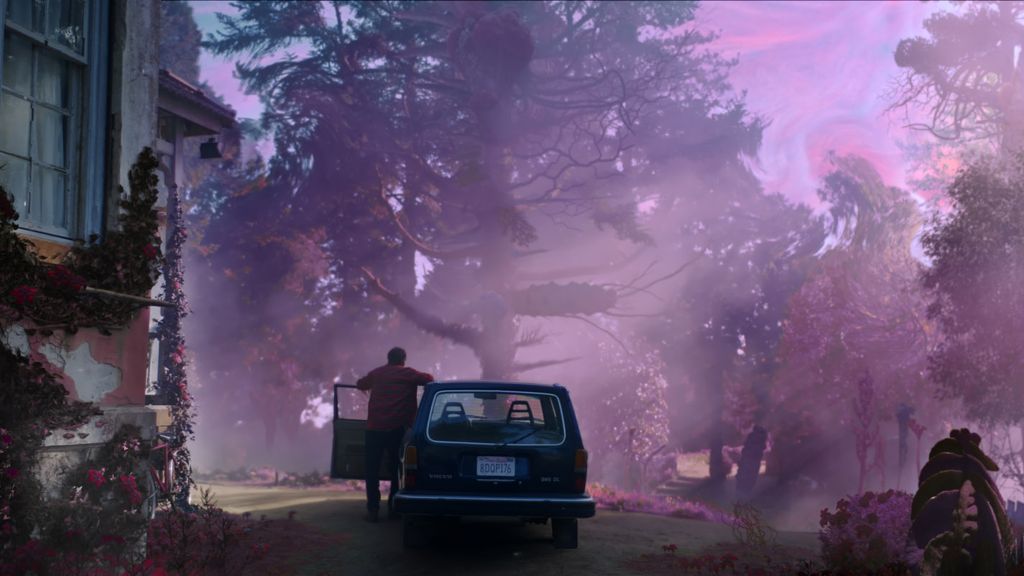 The works of H.P. Lovecraft are often looked to for inspiration when crafting horror tales, with their fusion of horror and science fiction bringing terror from man’s incomprehensible fear of the cosmic unknown, but rarely are they directly and faithfully adapted to the screen. This is what Richard Stanley aims to do with his trippy slice of cerebral horror, Color Out of Space, a tale of meteorites and madness, featuring Nicolas Cage as his typical crazy self.

Stanley, who left the Hollywood system in the early ’90s after being fired from The Island of Dr. Moreau (an incident that’s extensively covered in the fascinating documentary Lost Soul: The Doomed Journey of Richard Stanley’s Island of Dr. Moreau), was spending his time crafting documentaries on the occult and strange phenomenon and searching for the Holy Grail. He had been sitting on the script for Color Out of Space for years before the good folks at SpectreVision got wind of it, and, after a meeting, greenlit the project, bringing Stanley back into the world of feature filmmaking. 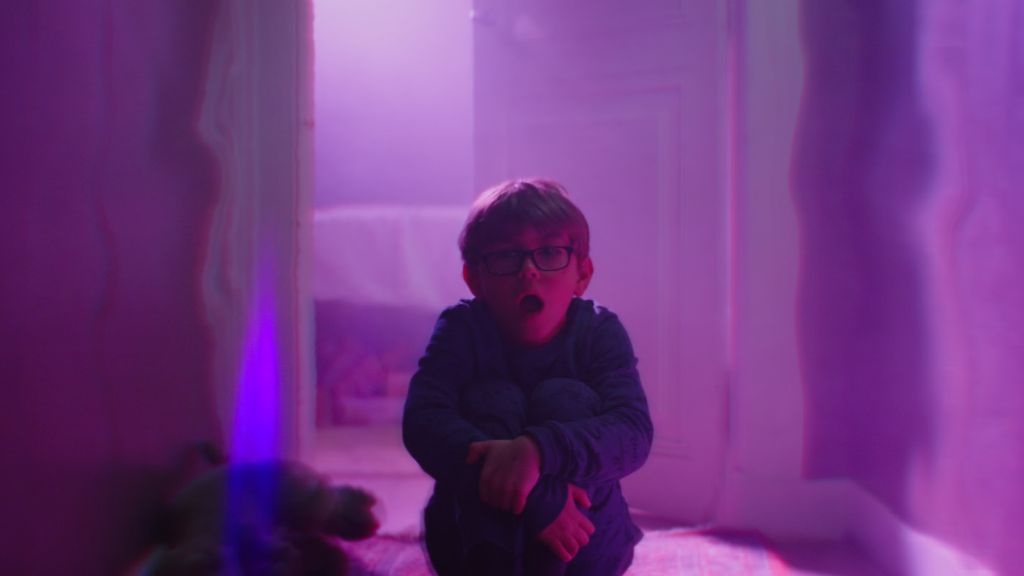 Set on a remote farm in the fictional town of Arkham, Massachusetts, the film stars Cage as the patriarch of the Gardner family, big-city folks who left the hustle and bustle and are looking forward to some solitude after taking over the family farm. Their little slice of heaven gets uprooted, however, when a meteorite crashes into their front yard, giving off some sort of pink cosmic fog that gradually begins enveloping everything (and everyone) around it, infecting, mutating and spreading. 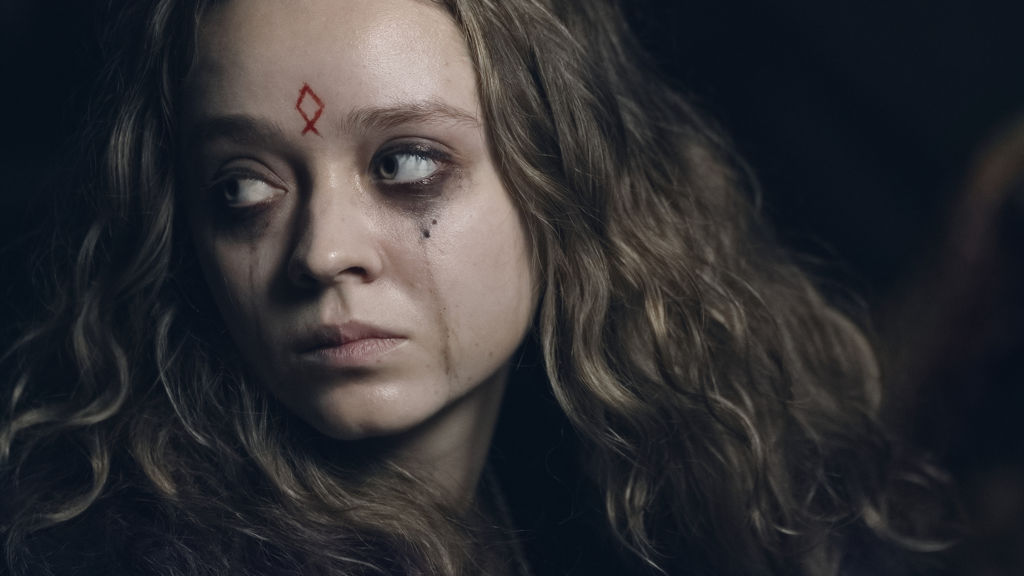 Stanley’s interpretation of this color, described as something outside the realm of human comprehension — an entirely new color, is a luminous pink, rapidly spreading its stunning, yet horrific aura over everything on the farm after it enters the ground, tainting the water supply. The Gardner family is not immune from this alien dust either, and their mental state begins to deteriorate after exposure to the meteorite and its cosmic infection.

While things do get progressively more surreal, it’s surprising how unremarkably grounded Stanley kept the narrative, shying away from taking things into a truly cerebral state of madness and terror and delivering a somewhat straight-forward piece of horror that’s far less risky than one might expect.

In spite of the feeling that it’s playing it a bit too safe, the film remains an entertaining ride, and it’s great to see Cage predictably go off the rails, seemingly performing some sort of Trump impression after the full-on crazy kicks in. There’s also an extended scene involving him milking an alpaca, so it’s got that too. 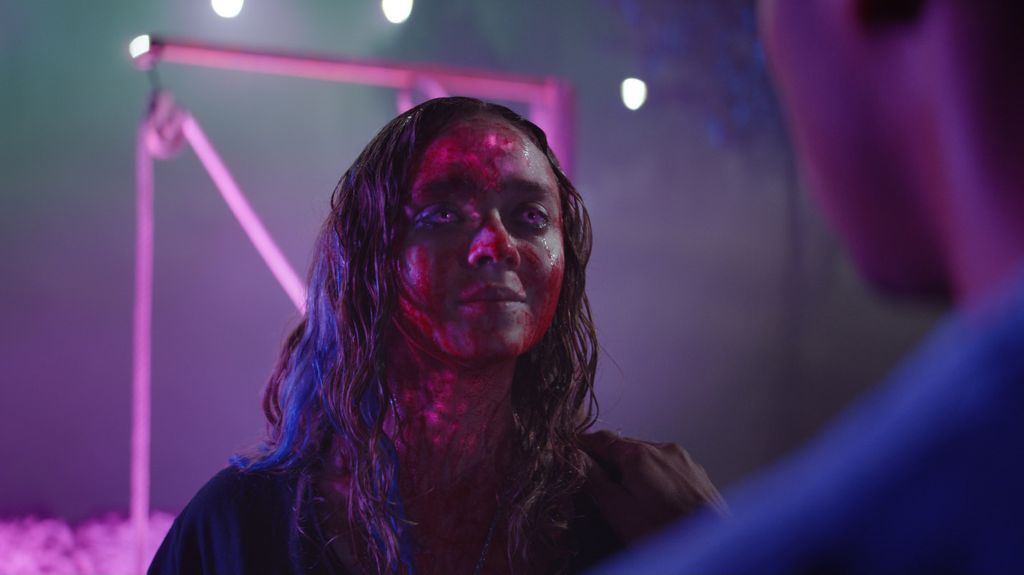 The cast is rounded out by Joely Richardson, playing the matriarch of the family, and Madeleine Arthur, Julian Hilliard and Brendan Meyer playing the Gardner children, who all deliver solid, memorable performances, even with Cage, unsurprisingly, as a scene stealer.

Color Out of Space is a fun bit of cosmic horror and a welcome return to feature films for Richard Stanley, something I hope is a sign of things to come. Although I found the narrative beats to be a bit lacking, the cool aesthetic and excuse for Nic Cage to once again act like a nut are easily worth the price of admission.