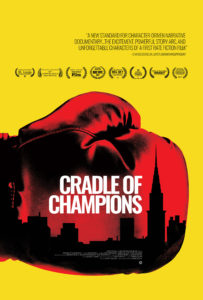 If the goal of Bartle Bull’s Cradle of Champions was to emphasize the inherent tradition of the borough encompassing New York Golden Gloves competition, which is approaching a century of being active, then his mission was an astounding success. Presented with a reverence for the pugilist tournament that sees thousands of amateur boxers enter every year to compete for the glory and career boost that comes with the coveted miniature golden gloves necklace, the film affectionately underlines the significance wrapped up in this New York institution by extolling the history of too many boxing legends to mention competing as if this was their first step toward immortality.

Coupled with this venerate history lesson, Cradle of Champions situates the ongoing legacy of the tournament by taking itself up with three upstart amateurs who each competed in the 2015 competition in hopes of cementing their ascendency to the cutthroat world of professional boxing. Juggling the three roads to glory and unfolding his story over the 10 weeks of the fabled tournament, Bull encapsulates the emotional, physical and psychological investment that the gloves inspire in these hopefuls’ but struggles to contain his enthusiasm for this massive competition in a legible manner. 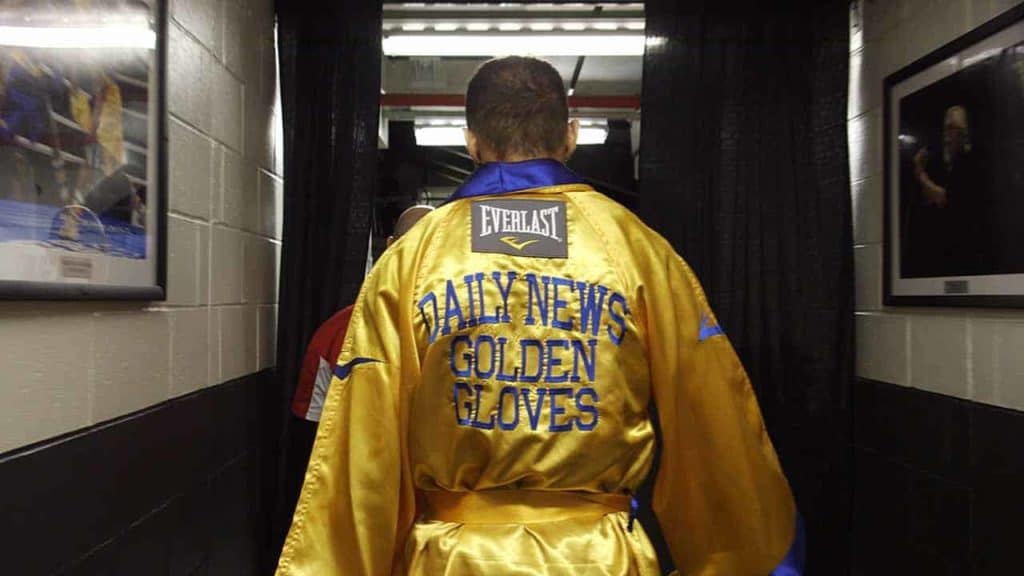 The bulk of the film is spent dithering between two male competitors, who are in the same lightweight class and whose supposed rivalry and obvious difference in class, attitude and fighting style forms the primary narrative. Titus Williams, a former Golden Gloves champion and all-around decorated amateur powerhouse, is the established shoe-in, whose clear focus, support and drive have positioned him as a clear favorite. Threatening this assured victory is fiery upstart James Wilkins who, while accomplished in his own right, has never secured the Gloves on account of his self-sabotaging attitude and unpredictable nature.

Even if the interviews with the boxers and their loved ones routinely fail to articulate the difference and rivalry between the two, Bull wisely lets his camera do the talking in this regard, showing their representation as two sides of the same coin. Cutting between their starkly different training regiments, familial interactions and fights throughout the tournament creates a compelling narrative that feeds eloquently into the hype around their inevitable clash at the Golden Gloves finals. Their dueling journeys, one to reclaim his throne and the other to steal it away, absorb you into an emotional journey the likes of which neither boxer could coherently express whenever pressured to talk about it.

Thrown into this mix is the equally fascinating  Nisa Rodriguez, who, despite being arguably more accomplished then either male subject, is left a tad by the wayside in terms of screen time. A single mother and youth counsellor, Rodriguez is a staggering five-time Golden Gloves champion whose own journey to break the record for most wins in her weight class is sadly relegated to the status of side narrative, sharing the same filmic space as the monumental Titus v. James chronicle. Though most certainly not intentional on the part of Bartle Bull, the presentation of Rodriguez’ story lacks the same invasiveness of either of the other subjects and feels much less fleshed out as a result. 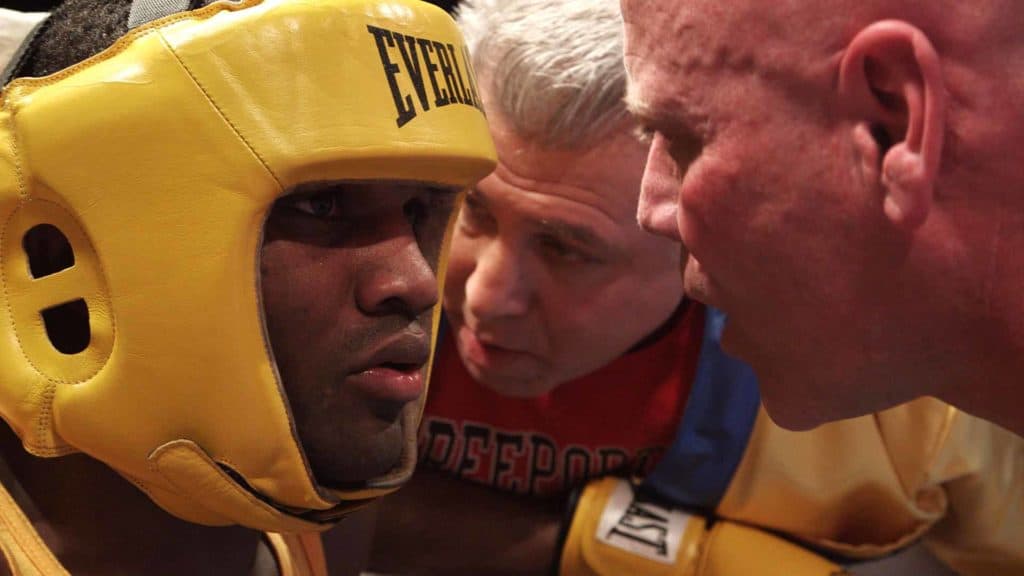 Despite being an unbridled love letter to the competition itself and excelling at conveying the types of rivalries that sprout up around the pursuit of its prize, Cradle of Champions spreads itself too thin in trying to epitomize the amateur boxing scene in New York. Bull fills out his film with lamentations and eulogistic stories of boxing losing favor in the contemporary period despite its proven positive effect on New York youth and the local independent gym owners (and trainers to Titus and James) who are keeping the dream and glory alive. While creating a film that is both affirming and moving, he loses sight of his central focus of the young hopefuls.

Despite this Cradle of Champions is hard not to recommend, based on its raw approach to the emotional and physical toll that the pursuit of pugilistic glory takes on the young amateurs willing to endure the punishment. Perhaps a subject and format better suited for a more developed television series unfolding naturally over several in-depth episodes, Bull’s film still expertly conveys the spectacle and tradition of this long-standing tournament to anyone curious about the expansive world of amateur boxing.