Lionsgate has released the trailer for the upcoming thriller The Quarry starring Shea Whigham, Michael Shannon, and Catalina Sandino Moreno. The film is directed by Scott Teems and involves a man who murders a traveling preacher and steals his identity.

The Quarry was set to premiere at this year’s SXSW and will be opening in theaters and VOD platforms April 17th.

From the novel by Damon Galgut comes this searing thriller, a tale of sin and redemption set in the wilds of Texas. After murdering a traveling preacher, a fugitive drifter (Shea Whigham, Joker) travels to a small town and poses as the man he killed. Though the congregation loves the drifter’s sermons of forgiveness, the local police chief (Academy Award® nominee Michael Shannon, The Shape of Water) is suspicious of the man. Soon a gruesome discovery at a local quarry forces the killer to fight for his freedom. 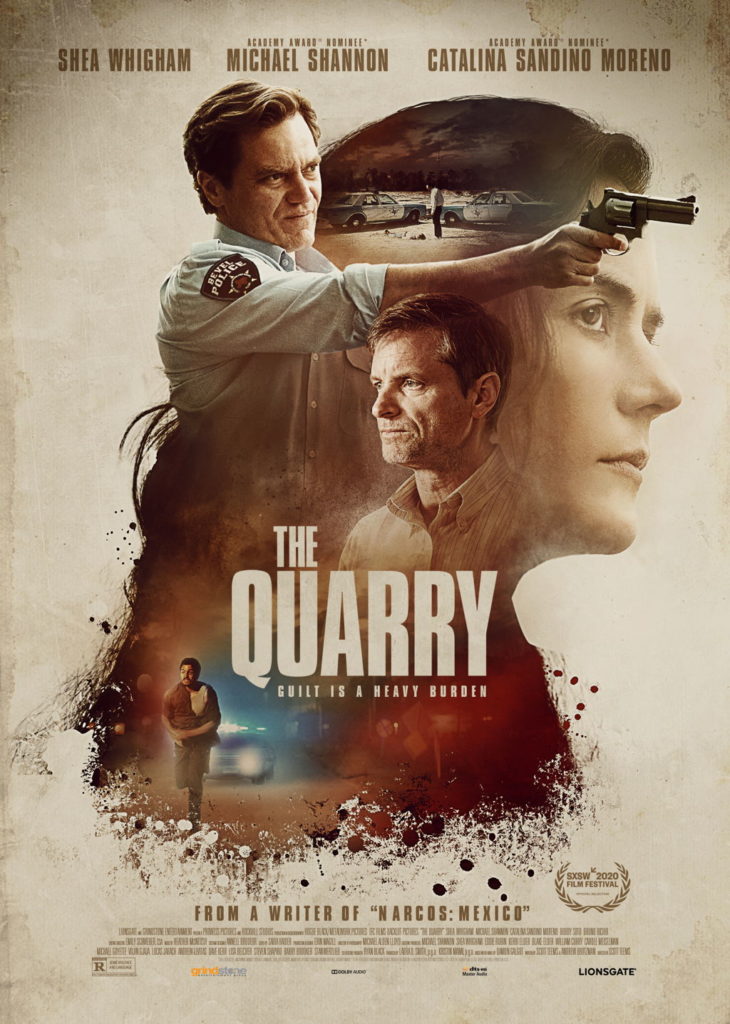