The Orchard has released a new trailer for the upcoming documentary Monkey Business: The Adventures of Curious George’s Creators, which, as the title suggests, explores the incredible lives of Hans and Margret Rey, the authors of the famed Curious George series.

The film is directed by Ema Ryan Yamazaki and will be released on VOD platforms August 15th.

Curious George is the most popular monkey in the world. Since his introduction in the first publication in 1941, the beloved series has sold over 75 million books in more than 25 languages. MONKEY BUSINESS explores the lesser-known tale of George’s creators, Hans and Margret Rey. Originally from Hamburg, Germany, the Reys first met when Hans was dating Margret’s older sister. Years later, having heard that Hans was wasting his artistic talents as a bookkeeper in Rio, Margret traveled to Brazil to persuade him to marry her and do something creative together. After their four-week honeymoon to Paris turned into a four-year residency, they accidentally became children’s book authors when a publisher suggested they create a book out of a cartoon Hans had drawn. Being German Jews, however, their life in Paris abruptly came to an end in June 1940 when the Reys were forced to escape from the Nazis by riding makeshift bicycles-a manuscript of the first Curious George book was one of the few possessions they could smuggle out with them. Arriving in New York as refugees, they started their life anew and over the next three decades they created a classic that continues to touch the hearts and minds of children around the world. 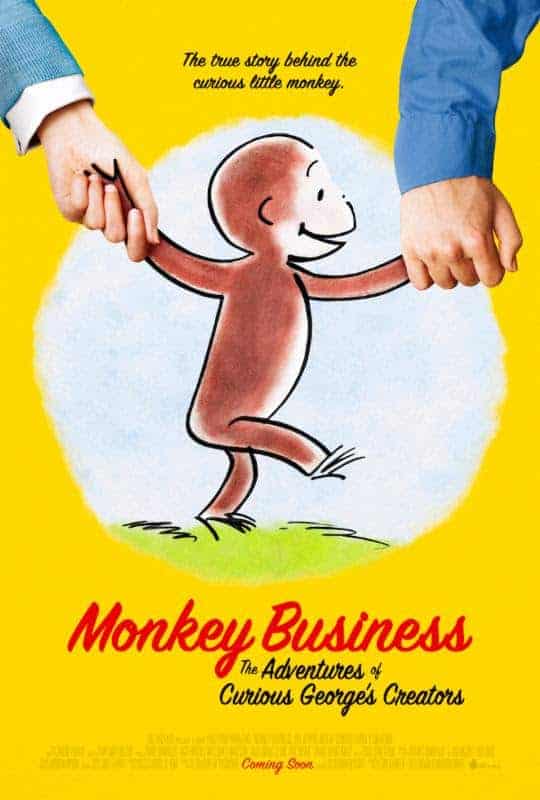