Playing out like a horror version of Drop Dead Fred, Adam Egypt Mortimer’s psychological nightmarish Daniel Isn’t Real blends familiar tropes with some welcome, off-the-wall antics. Its method of tackling mental illness feels dated and the build-up to the bonkers climax is hit and miss, but the creativity and surprising third act worldbuilding make for a surprising watch.

Miles Robbins stars as Luke, an unstable college freshman who returns home to visit his mentally ill mother, played by Mary Stuart Masterson, but things take a turn when she hurts herself and winds up in a psych ward. The fear of losing his mind like his mother and the stress of college cause Luke to free “Daniel,” an imaginary friend he had as a child who he locked away in the deep recesses of his mind, represented by an ornate dollhouse in his mom’s attic.

Daniel was Luke’s best friend growing up, but after nearly killing his mother at Daniel’s suggestion, Luke buried him for years, only now allowing him to resurface in order to help him get his life back together. Daniel is portrayed by Patrick Schwarzenegger (yes, son of Arnold), and while he does a serviceable job playing a creepy, frat-bro type, his performance is noticeably weaker in comparison to the other talent on screen. 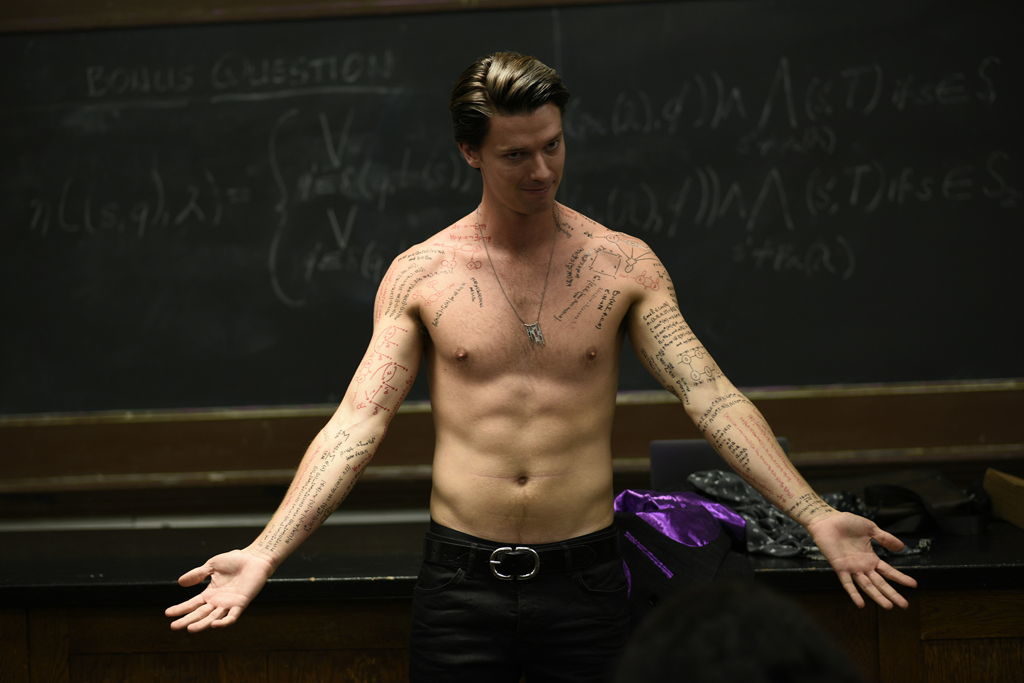 Daniel is suave, arrogant and has a sociopathic twinge about him. Even though he seems to be changing Luke’s life for the positive, helping him be more confident and in control, it’s evident that there’s some evil inside him, laying dormant and waiting for the perfect moment to rise to the service.

Unsurprisingly, things escalate to a violent level, endangering those close to Luke, including Cassie (Sasha Lane), a young artist he falls for. Lane is comfortably in her wheelhouse with this role, commanding the screen not unlike everything she’s in; although her character doesn’t amount to much and could have benefitted from more involvement.

Much of Daniel Isn’t Real feels like a throwback to psychological horror films released decades ago, such as its misrepresentation of mental illness, but Mortimer does something interesting in the final act, casting doubt on the worn-out trope of personifying one’s inner demon, adding a layer of depth to the narrative. This is something that could have used a bit more exploration, but it put a welcome spin on an otherwise mediocre story.

The effects work is another aspect that felt like something straight out of the ’80s during the practical-effects boom, with grotesque prosthetics almost entering body-horror territory. This adds another fascinating angle to this nightmare that Luke is living, greatly elevating the horror and almost guaranteeing a cult following.

Despite being a bit rough around the edges, Daniel Isn’t Real adds enough unique properties to the psychological horror genre to warrant a recommendation, if for no other reason than to experience that wild finale.