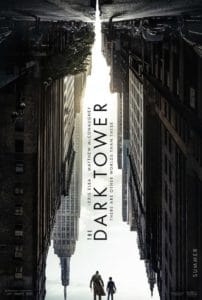 The Dark Tower takes an eight-book oeuvre from Stephen King and reduces it to a 95-minute nothingburger of a movie. One-dimensional characters, awkward expositional dialogue and the most basic of sci-fi/fantasy tropes come together in what feels like another wannabe franchise to add to the scrapheap of YA also-rans (R.I.P. Divergent, Ender’s Game, etc.). The nuance and ambition of King’s lavish books aren’t even hinted at by the four credited screenwriters or director Nikolaj Arcel.

The Dark Tower stands in a nether region, somehow protecting several worlds, including Earth (aka Keystone Earth), from “darkness.” Trying to topple the structure, the devilish Man in Black (Matthew McConaughey) needs to use the brainwaves of telepathic children to bring it down. Cut to New York, where young Jake (Tom Taylor) suffers from nightmares and visions of the evil Man in Black and the Tower, obsessively sketching them Close Encounters-style. After easily finding a portal to another dimension in a rundown Brooklyn home, Jake is whisked away to Mid-World, where he quickly comes upon Roland (Idris Elba), the last in a line of gunslingers sworn to protect the tower and destroy the Man in Black.

Those familiar with the books may be able to ascribe some meaning to the proceedings and fill in some of the craterous gaps, but as presented, the grand story falls completely flat. Though there’s nothing wrong with a basic, elemental good-versus-evil battle, none of the elements really work here, aside from Elba. His gunslinger is a believable, archetypal, weary Western hero. His skills with his pair of .45 calibers are impressive, though he doesn’t get to show them off nearly enough, and Elba’s stoicism makes some Earth-based, fish-out-of-water comedy charming. 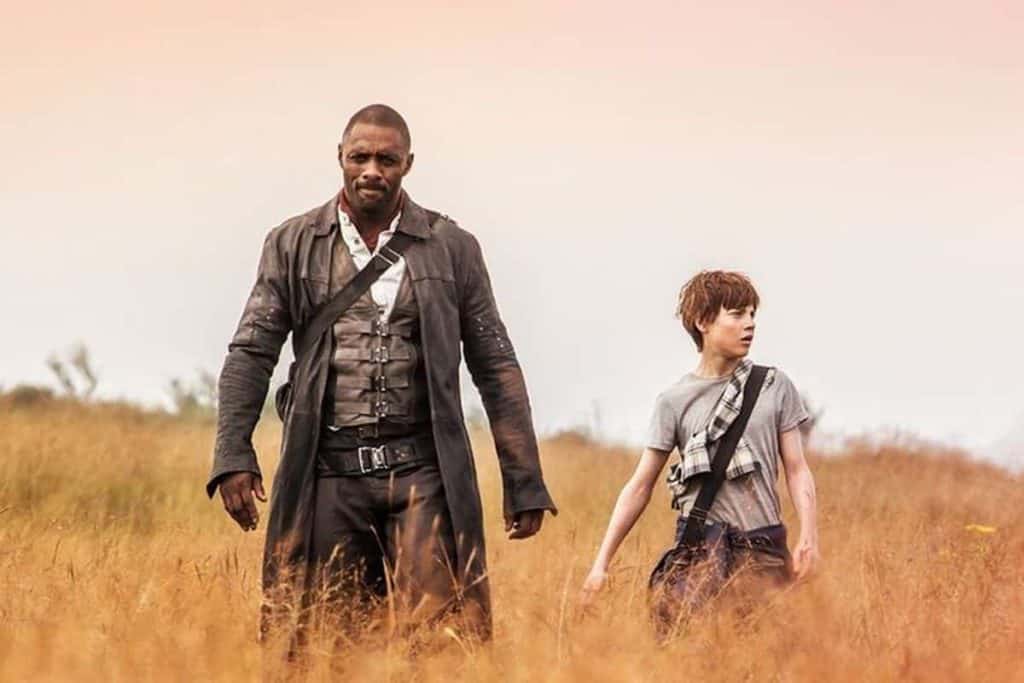 Roland’s eternal adversary is brutal and not just in reference to his ruthlessness. McConaughey’s Man in Black – complete with an odd-looking, jet-black head of hair – strolls around with a contrived swagger and speaks in pretentious, faux-comforting tones. He looks and sounds more like he’s trying to sell us a Lincoln Navigator than trying to bring about the apocalypse for no discernable reason, other than he’s the ultimate evil and that’s what the ultimate evil does.

His powers and motives remain elusive. He catches a couple of bullets, which is cool, though the laughable climactic fight pits Roland’s marksmanship against the Man in Black’s magical ability to make stuff float. Seeing him in New York, it becomes curious why he even needs to destroy the tower to bring about hell on Earth. He can kill people and make them do his bidding with the wave of his hand, suggesting several ways to scorch the world or make humanity do it itself. That’s too easy, I suppose, but it’s not like there’s anything interesting on the periphery of this everlasting struggle anyway. 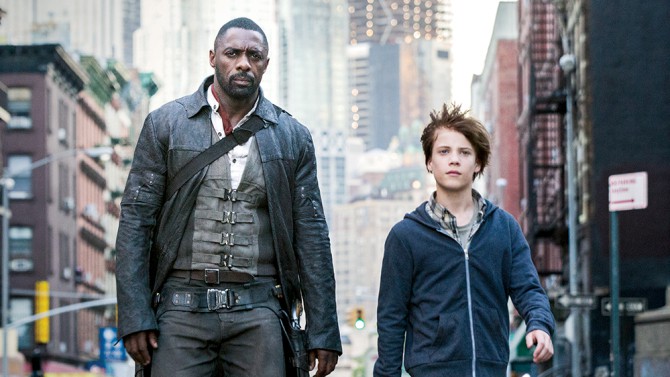 There are quick, convenient steps on the heroes’ journey in attempt to provide color to this universe, all of them hollow world-building. A stop at a civilization in Mid-World exists so Jake can learn about his psychic “shine” – one of several direct references to King’s other works that lack the self-referential significance of the books. Other micro-ideas like an Earthbound basecamp for the Man in Black headed by Jackie Earl Haley and creatures hiding under human skins (with very obvious seams) are barely formed.

The action is just as unimpressive, save some of Elba’s symphonic gunplay. Two major nighttime set pieces are so dark you can’t tell what’s going on, and they’re made even more unenjoyable and hard to follow by choppy editing. I think a scene in the forest includes gigantic demons trying to break through a forcefield and another has orc-like beings hunting down our heroes, but I can’t be too sure.

Fascinating only because of its flaccidness – both compared to its source material and in its rudimentary blockbuster construction – The Dark Tower stirs weariness instead of wonder.