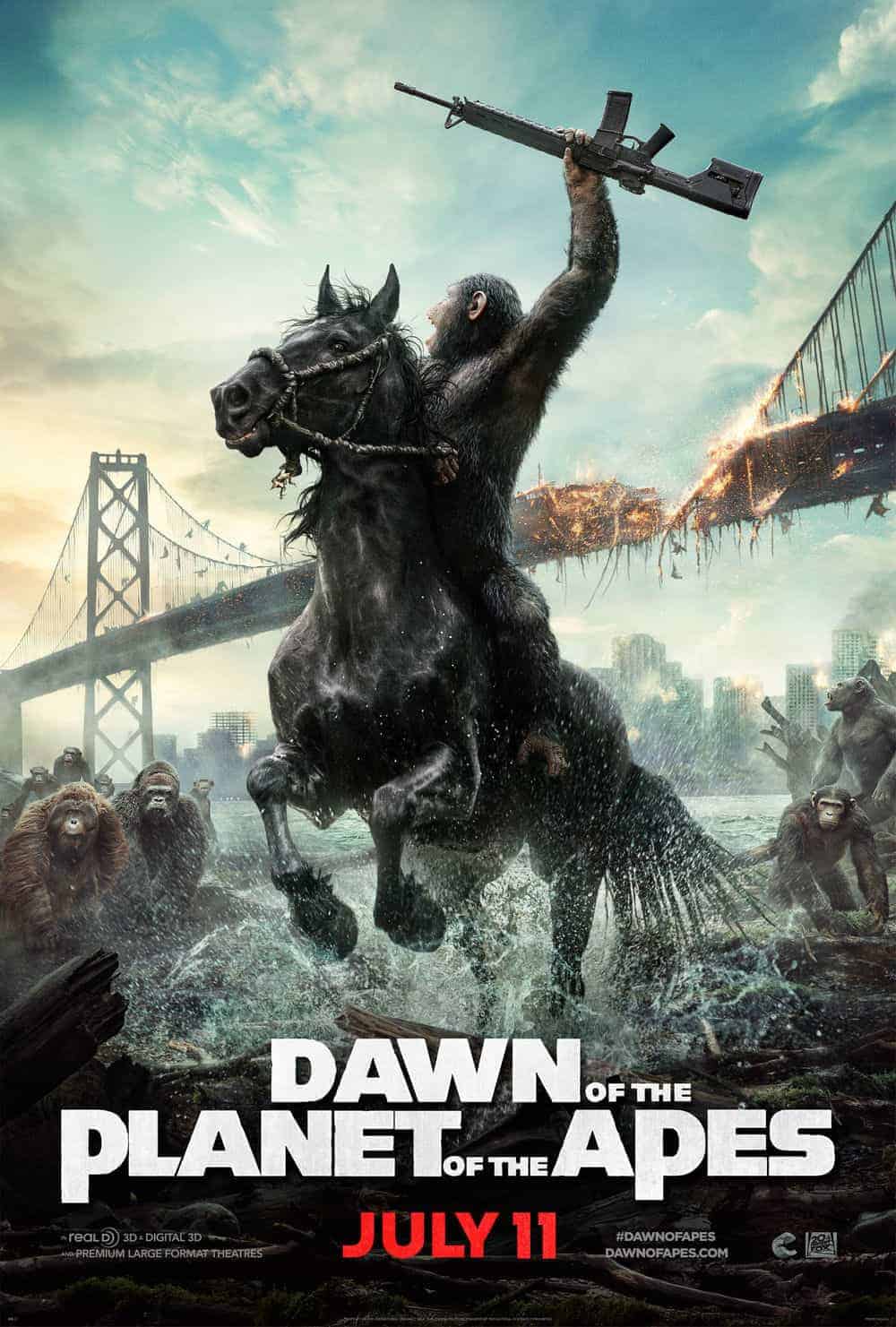 Matt Reeves’ Dawn of the Planet of the Apes is a much better film than it really has any right to be. It’s a big-budget Hollywood sequel to a big-budget Hollywood reboot that no one was really asking for that also happened to be quite good. Dawn one-ups its predecessor in almost every way, combining jaw-dropping visuals with a compelling story and rich characters the viewer actually cares for.

The film opens with an extreme closeup of Caesar, the hyper-intelligent ape who sparked the rebellion in Rise of the Planet of the Apes. This shot quickly informs us that, yes, this movie looks amazing. The motion capture in this film is like nothing we’ve ever seen before and is nothing short of astounding. Even though I knew in the back of my mind these creatures were fictitious, they looked and acted like real, living, breathing apes. Andy Serkis and the rest of the mo-cap actors did a fantastic job of creating the personalities and unique movements, and the animators brought a level of realism and detail that raises the bar very high.

Accompanying the superb animation is some surprisingly artistic cinematography that makes the film feel more stylistic and genuine. Seeing one of the apes barrel down an overgrown street on a horse while wielding dual machine guns is impressive, but its some of the more understated shots that prove to be the most impactful. In same scene, that ape mounts a tank while the camera stays at a fixed position on a spinning turret during the entire sequence. It was incredible.

Dawn takes place a decade after the events of the first film, with the human race nearly extinct and the apes thriving in the forest. Gary Oldman plays the leader of a small community of survivors who send a crew out into the apes’ territory to power up a dam, which can provide electrical power to the colony.  The two form a rocky truce against the behest of Koba, Caesar’s right-hand ape and an avid hater of humans. Things begin to crumble, and eventually both sides head toward war.

Like all good science fiction, the film wears its social commentary on its sleeve.  From the apes becoming corrupt by the influence of man, to the war between two intolerant species, there’s a lot to take away from the film. Be it an allegory for race, class, species or political affiliation, it can be all of these things or none of them.

The movie also explores the concept of family from both the human and ape sides.  Caesar’s son respects his father but doesn’t agree with his choice to trust the humans. He acts out against his father, resulting in terrible consequences. Jason Clarke plays Malcolm, one of the human leaders who lost his wife and is trying to maintain an aura of normalcy for his son, played by Kodi Smit-McPhee, and his girlfriend, played by Keri Russell.

Dawn of the Planet of the Apes proves that a summer blockbuster has the ability to be both an awe-inspiring spectacle and a thought-provoking, sad and ultimately touching science fiction picture. With some of the best CG I’ve ever seen and plenty of epic action, this is not one to miss.