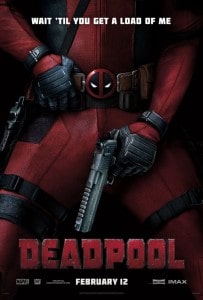 Deadpool announces itself as a different breed of comic book movie from the opening credits, which forego actor names for monikers like “A British Villain” and “A Hot Chick.” The irreverence overload is completed with still frames and slow motion of a graphic action sequence as “Angel of the Morning” blares on the soundtrack. The jarring introduction is good for a chuckle, but the R-rated, one-joke irony, all with the same tone, is annoyingly stretched throughout the entire film. The writers (Rhett Reese and Paul Wernick) are credited as “The Real Heroes Here,” which may be the ultimate absurdity.

The goals of Deadpool are to be gruesome and obscene, and, true to the antihero knows as “the merc with a mouth,” it succeeds. It’s just not engaging in the slightest and is obnoxious to the extreme. The intellectual demographic – approximately 15-year-old males – won’t know many of the dated pop culture references used as punchlines, including Sinead O’Connor and Yakov Smirnoff, while the rest of us are bludgeoned with continuous corniness.

We’re thrown right into the fray as a fully formed and costumed Deadpool (Ryan Reynolds) cracks wise during a freeway action scene that sees him slice up and blow away numerous goons. The carnage occasionally halts to flashback to a typical origin story. Structurally, it’s probably a wise choice and caters to the short-attention-spanned, but the illusory appearance of energy and constant combat is really just window dressing for a familiar superhero tale spiced up with copious amounts of blood splatter and naughty words. There are really only two extended action sequences – the highway and the climax at a decaying shipyard, which is about as action movie clichéd as you can get.

Before turning into the vulgar vigilante, Wade Wilson was a dishonorably discharged military man working as for-hire muscle. He meets escort Vanessa (Morena Baccarin, charming yet feeling like she’s slumming here), and the pair bond through shared snarkiness. If there’s something believable in Deadpool it’s the abnormal romance story, which shows the couple bonding through a year of sexual encounters and includes none of the tired love story beats. 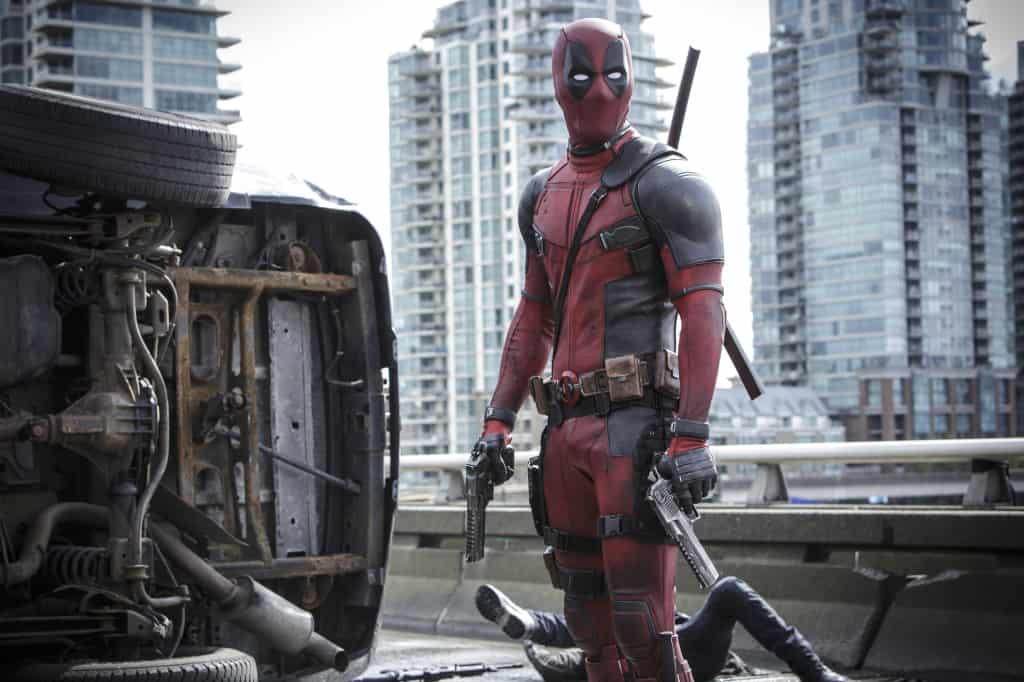 Alas, it’s quickly back to the comic book blueprint when Wade is diagnosed with aggressive cancer and is lured into a questionable “treatment” meant to cure him and make him superhuman. Led by unbelievable doctor Ajax (Ed Skrein), the torturous procedure leaves Wilson scarred, though he did get those indestructible mutant powers he was promised. Escaping the clutches of Ajax before being sold into servitude, Wilson vows to hunt down his tormentors, force them to fix his deformity, get Vanessa back, and so on and so forth.

Reynolds’ fast cadence and sarcastic tone is a good fit for Deadpool, he’s just forced to repeat himself far too often. One joke about the character’s poorly received iteration in X-Men Origins: Wolverine works, but by the time we hit 4 or 5, it’s a bit much. He’s echoed by friend and bartender Weasel (T.J. Miller), who would normally be the comic relief; here he’s a just a weaker (physically and comically) version of our antihero.

Deadpool constantly embraces the meta aspect of the comic, breaking the fourth wall to comment on itself, superhero movies in general, and even the production companies responsible for them. Again, the one joke from Deadpool about running into only two X-Men, Colossus (Stefan Kapicic) and Negasonic Teenage Warhead (Brianna Hildebrand), in a cinematic world full of mutants is funny; the half-dozen that follow are not. 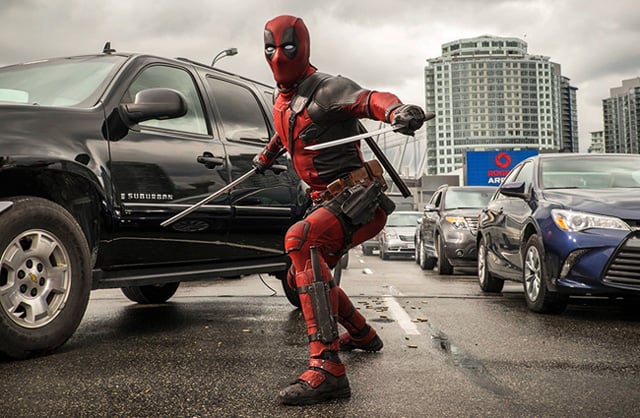 Director Tim Miller stages the commentary as insolent rebelliousness, though it’s really all just a desperate, and futile, attempt to be different. Much like the gratuitous gore, the acerbic wit can’t distract enough from the familiar elements of the film, which culminates in a battle where Deadpool faces off with Ajax and two indestructible sidekicks punch each other over and over.

Being exposed to a Deadpool feature is a lot like having the same high school schedule as the class clown. He might be funny in first period English, but by the time you’re in sixth period History he grows rather grating and you just wish he’d shut up so you can focus on anything else and maybe learn something. All we learn here is that Deadpool would be much more tolerable in small doses, perhaps as a supporting player in those other superhero movies he pretends to detest.