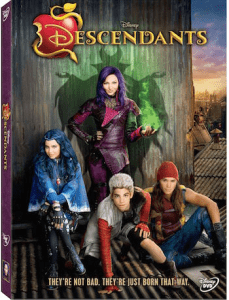 When I was told I would be reviewing a Disney movie about the offspring of its famous villains – Maleficent, Cruella de Vil, the Evil Queen (from Snow White and the Seven Dwarfs) and Jafar (from Aladdin) – I, naturally, expected to be handed an animated film, not a live-action musical.

Yet a live-action musical Descendants is (and two dimensional it is not), but, despite that, the plot premise is fairly intriguing: all the fictional villains and their sidekicks are captured and imprisoned on the magic-free Isle of the Lost and have reproduced – in the form of singing, dancing teenagers.

Some aspects are just never addressed, like why all the heroes, heroines and villains live in the same time period and have children almost exactly the same age; why certain evil characters have mysteriously come back from the dead (or have been released from eternal damnation); and what happened to the not-famous biological parents of each of the villains – it does take two to tango after all.

So, setting aside glaring plot holes and lending credence to the idea that perfectly synchronized dance performances and studio-quality musical numbers being performed completely out of the blue is plausible, what remains is a rather impressive, High School Musical-esque story about what happens when four of these children are plucked from the only homes they have ever known and taken to the idyllic Auradon, home to famous kings, queens, princes and princesses.

As this review is for the DVD package, and not the film itself, I won’t belabor my other opinions and will dive right into the features. 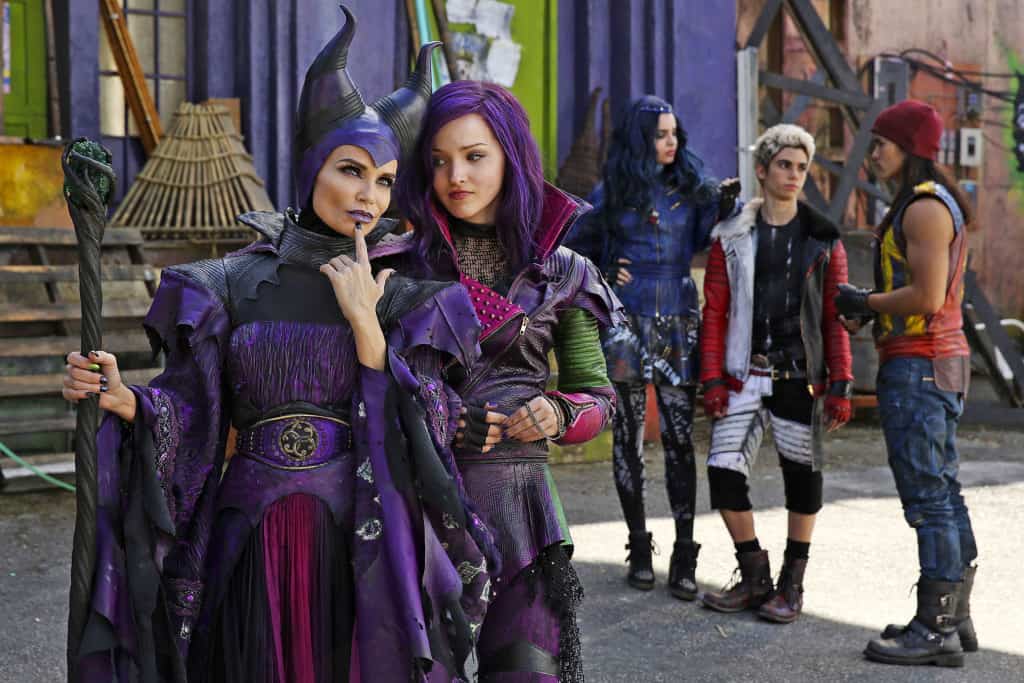 For those who have already seen the movie and are eager for behind-the-scenes clips of the cast learning dance moves, then this may be worth a look. But aside from a somewhat entertaining blooper reel, the remaining featurettes are flimsy. There doesn’t seem to be a Blu-ray version of this film, so the only copy available (a DVD in 720p) looked grainy on my 1080p screen.

It was nice to learn a little more about the man behind the magic, director and choreographer Kenny Ortega, and to see Broadway legend Kristin Chenoweth turn into a complete goofball on set, but that’s pretty much where my interest peaked. There’s also an Isle of the Lost bracelet that appears to be unisex and may appeal to some people.

For parents looking for a family-friendly flick with diverse characters and a wholesome message about being yourself, then this may be a good buy.

Those from my generation might appreciate Descendants’ rendition of “Be Our Guest,” the catchy ballad written for 1991’s Beauty and the Beast, which gets remixed for a new generation of viewers. In fact, although it was taking a risk, I would have preferred the filmmakers include more of these made-over musical numbers than some of the original songs written for the film.

Perhaps that was the biggest let-down for me. What’s the point of banking on Disney’s name recognition and decades-old branding and if you don’t take advantage of the beloved components of these classic movies?

This film could have been chock-full of winks ‘n’ nudges to viewers and may have found a place in the hearts of adults who have “aged out” of the Disney universe by tapping into our nostalgia but, instead, unnecessarily rebooted the original heroes and villains for a live-action version, turning these iconic characters into unfamiliar, bumbling buffoons.

I certainly wouldn’t recommend this film to those looking for fan-fiction-like extended versions of the Disney stories from their childhoods. Consumers should know going in that this is a disconnected film (disappointing considering what Disney is capable of when it really commits to a concept), and the villain tie-in just ends up feeling like a marketing ploy.