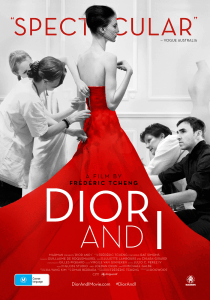 Frédéric Tcheng’s feature-length documentary Dior and I offers an unprecedented look inside one of the few high fashion (haute couture) houses that still employ some of the most talented seamstors and seamstress in the world, tirelessly working in traditional studios (ateliers) assembling by hand what will hopefully become runway-ready frocks.

While the film centers around the arrival of Raf Simons as Christian Dior’s new artistic director and the subsequent rush to unveil his first collection, the filmmakers take care to show all the individuals who work at the house and contribute painstakingly to the success of the artistic director but who often go unrecognized by the public, including Simons’ studio director and right-hand man, Pieter Mulier.

It’s enjoyable to see Simons – a Belgian native and newcomer to the world of haute couture – take on the challenge of a new language, a new culture and a new trade with a deadline quickly approaching, but some of the most enjoyable bits come from interviews with the tradesmen and women, who offer insight into the history of French fashion and what it takes to build iconic clothing.

The stress among the house’s staff is palpable, as it is they who must design, sew, re-sew and present the entire collection of frocks in only eight weeks – as opposed to the usual five or six months – while also serving at the beck and call of Dior’s high-end clientele. Yet it is the few, sweet moments when either Simons or a designer simply takes a step back and realizes the incredible beauty of their artwork, causing emotion to swell up inside of them, which reaches out and grabs the viewer. This connection – the pride felt after a hard job well done – is one we can all identify with and may even elicit a teardrop or two from the more cynical or tomboyish viewers. 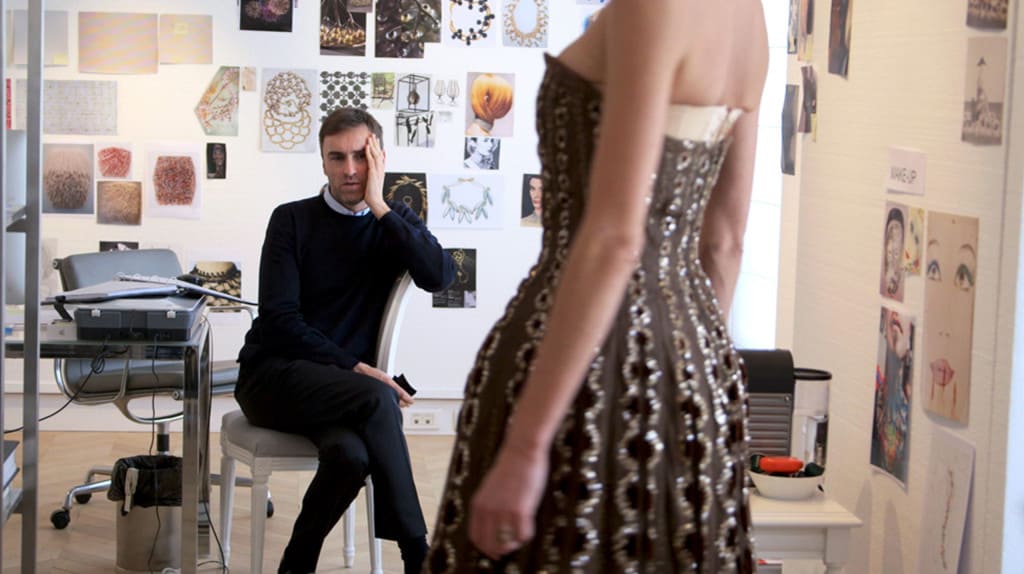 An often self-described tomboy, I didn’t go into this film with a particular interest in fashion, especially that which is worlds away, both geographically and financially, from me (and I live in New York City). In fact, I completely understand the argument that fashion trends are silly and trivial, especially in a world with so many more important issues. But I can also certainly appreciate the technique of this fine artform, even more so than, say, other French artists like Yves Klein. That said, art is subjective; what I see as a simple gown others may see as revolutionary. What I see as a plain canvas covered in monochrome blue paint others may see genius.

It is for this reason that viewers who don’t understand the artistry of haute couture or have any sense of the meticulous nature of tailoring (or coloring) clothing should at least take a look at Dior and I, which pulls back the proverbial curtain of an industry that – while steeped in tradition and with plenty of name recognition around the globe – is still incredibly foreign to most of us.

Overlain with Ha-Yang Kim’s original score, the film offers a steady pace – both emphasizing the looming deadline and allowing for proper character development, even if at times it felt slow. Writer/director/producer Tcheng has created a compelling story about an ostensible underdog taking on the demanding French fashion industry with his colorful and talented crew of craftsmen, in place of what could easily have turned out to be an unemotional and inconsequential mess of a documentary.