Here’s the full length version of Disneynature’s upcoming documentary Bears, which is set to hit theaters April 18th, 2014.  Directed by Alastair Fothergill (Chimpanzee) and Keith Scholey (African Cats), the film follows an adorable family of brown bears as they live their lives in the Alaskan wilderness.

As with all the Disneynature docs, this will be sure to tug at your heart strings, and most certainly cause my manliness to come into question as I sit in the theater with tears streaming down my face.  Hit the break to check out the trailer, synopsis, and poster.

Head over to Apple to watch in HD.

In an epic story of breathtaking scale, Disneynature’s upcoming true life adventure “Bears” showcases a year in the life of a bear family as two impressionable young cubs are taught life’s most important lessons. Set against a majestic Alaskan backdrop teeming with life, their journey begins as winter comes to an end and the bears emerge from hibernation to face the bitter cold. The world outside is exciting—but risky—as the cubs’ playful descent down the mountain carries with it a looming threat of avalanches. As the season changes from spring to summer, the brown bears must work hard to find food—ultimately feasting at a plentiful salmon run—while staying safe from rival male bears and predators, including an ever-present wolf pack. “Bears” captures the fast-moving action and suspense of life in one of the planet’s last great wildernesses—Alaska! 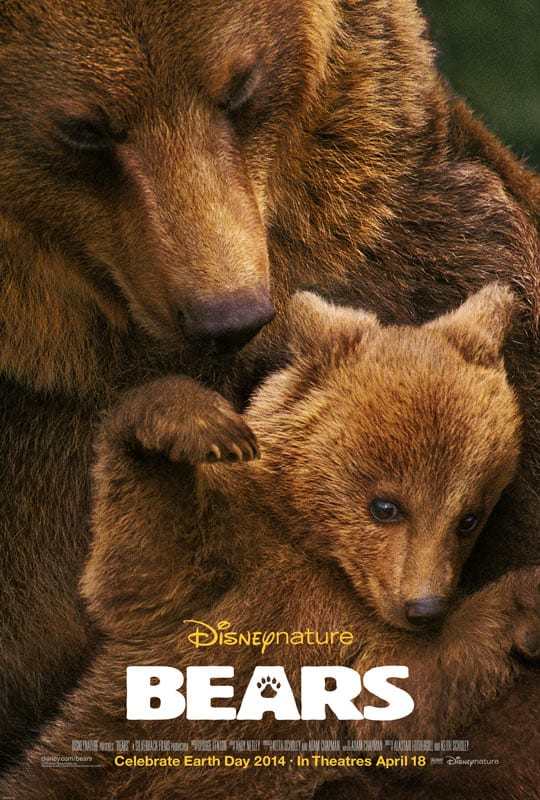