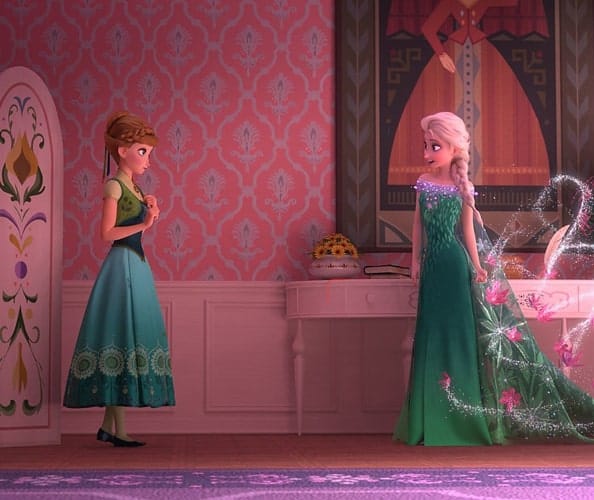 Just when you thought the Frozen phenomena was cooling off, Disney punishes parents with another Frozen story, this time in the form of a short titled Frozen Fever, that will screen in front of its live-action Cinderella opening in theaters next month. Kristen Bell, Idina Menzel, Jonathan Groff, and Josh Gad return to voice their respective characters who are preparing a special birthday celebration for Anna.

You can see Frozen Fever in theaters before Cinderella on March 13th, take a look below for the new trailer, released today on Good Morning America.

In “Frozen Fever,” it’s Anna’s birthday and Elsa and Kristoff are determined to give her the best celebration ever, but when Elsa catches a cold, her powers may put more than just the party at risk.