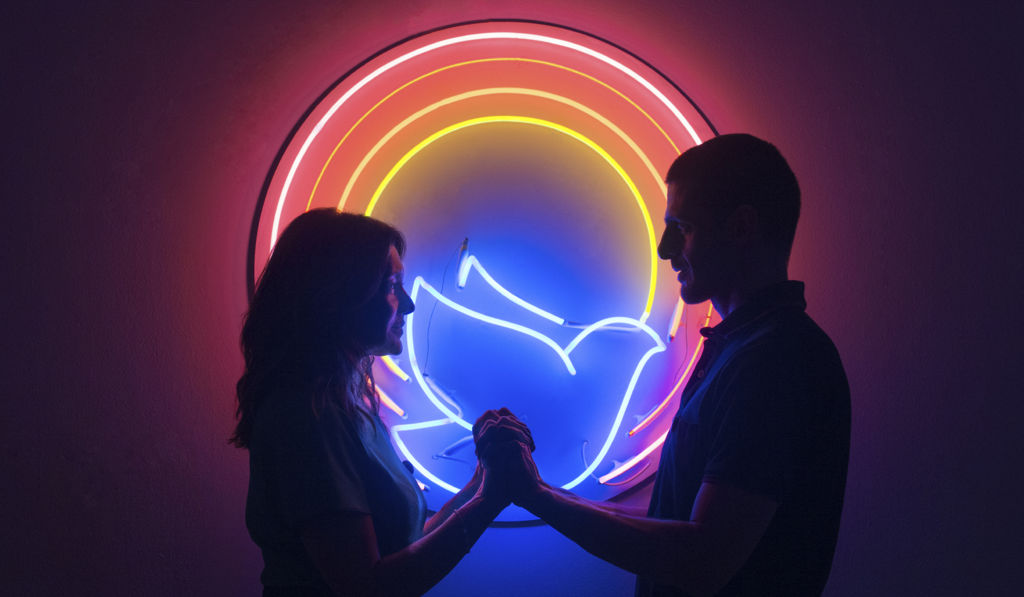 Watching Divine Love is like watching a home-run hitter ready up for a bunt. So much power and energy sit in the chest of the film, but it’s never released to its full potential.

Divine Love takes place in 2027 Brazil, where secularism could be on the brink of extinction. There is a nationwide new norm circling around bureaucratic Christianity. The party of Supreme Love, where the people dance in ecstasy, drunk on the grace of God, has overtaken Carnival as the country’s biggest celebration.

Director Gabriel Mascaro is one of four people credited for the script. The writers’ vision may seem like a stretch for just seven years into the future, but Brazil is a rapidly changing nation. One cannot watch Divine Love and ignore the present-day wavering political state of Brazil and the effect it’s having on its people.

Mascaro wanted to have a protagonist who recognizes the dystopia they are living in as utopian. Joana (Dira Paes) is that woman: a devout Christian who works as a notary in a state registry office. She uses her position as leverage to identify couples filing for divorce and then tries to save their marriage by bringing them to a cult-ish Christian fundamentalist group therapy called “Divino Amor.” Convinced she is doing the work of God, Joana cannot comprehend her inability to conceive a child, causing her to struggle with her faith.

Joana’s spiritual development is the nucleus of the film. Although we see her grow through pain time and time again, her arc never reaches its full emotional capacity. It’s as if there is a missing final chapter to her story.

Mascaro conjures up some interesting ideas surrounding religious and political authority, but they’re mostly left unexplored and halfway executed. This supposed dystopian society barely feels less than ideal. The way characters casually walk through marriage and pregnancy detectors every day is a solid showing of systemic bias and control, but there are too few of these examples to really immerse us into a foreign and cynical world.

There is a strange and spiritual electric symphony dying to break free from the fastened chains of standardized filmmaking. A hypnotic vibe is formed by Mascaro’s prominent use of neon pinks and blues, heavy haze, electronic dance music, and the serenity of Joana and her fellow devotees. It’s a feeling felt too rarely in the film.

Easily the most compelling and memorable scene is the single-shot, Gaspar Noe-esque sex scene. It’s unexpected, bizarre and uncomfortable to watch. This off-the-wall approach fuels Mascaro’s dystopian intent and helps save the film from being a bore.

Mascaro has the mark of an artist. His film is prescient; it takes unpredictable turns; and it’s a vision that is meaningful to Mascaro and his homeland. With more risks and more grit, Divine Love could have been the Brazilian counterpart to 1986’s Brazil.